What Getting A Tick Bite Can Mean For Your Health 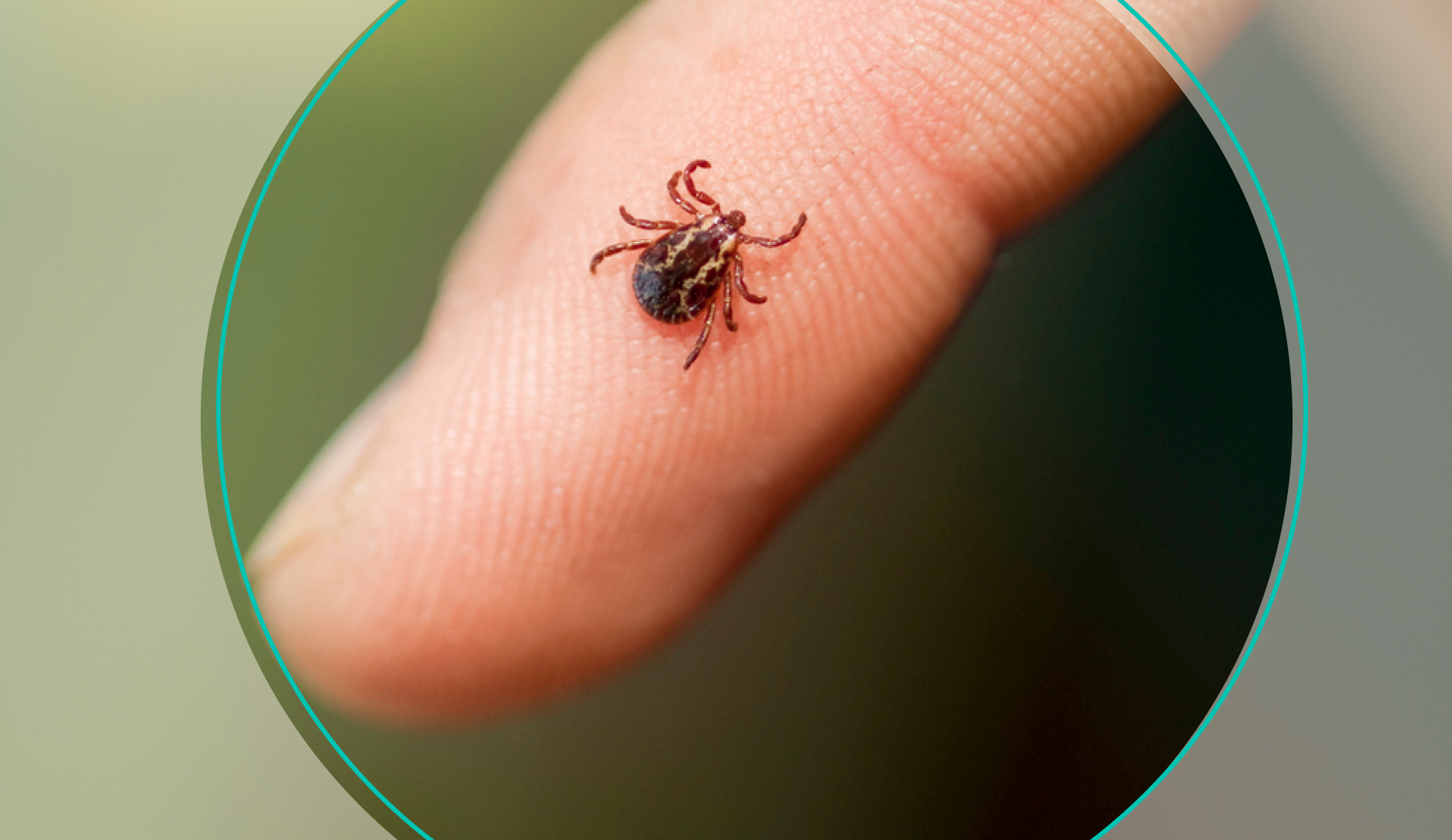 Spending time outside? Great. Being exposed to ticks while you're at it? Not so great. This is of extra concern now that Lyme disease, and other tick-borne illnesses, are on the rise. We spoke with Griffin Dill, an ​​integrated pest management professional at the University of Maine’s Tick Lab, to learn what tick bites look like, how to treat them, and how to prevent getting bitten in the first place. So you can get back to enjoying nature in peace.

What are the different types of ticks? And which should I be most worried about?

Quick lesson: Ticks are small, bloodsucking arachnids (related to spiders). They usually live in leaf piles or grass. They’re generally the size of an apple seed. But as they take in more blood from animals or humans, they get bigger (think: a marble).

Ticks present in shades of brown or black. And there are 900 different types. Including some that can be a threat to your health. Depending on where you live (and travel), you might be at a higher risk of being exposed to those types of ticks. American dog ticks and lone star ticks, which transmit several viruses, are common in the eastern United States. So are black-legged ticks and deer ticks, which transmit Lyme disease (as well as several other viruses). Thing to know: Lyme disease is most common in the northeast, which is considered a hotbed for ticks.

Ticks are something to be wary of year round. But there’s also “tick season,” when tick populations are higher, which is between April and October.

The appearance of a tick bite can vary due to factors like skin tone and how the immune system responds, said Dill. Bites usually look like a small, red bump with a smaller dark red spot in the center.

A tick bite can be hard to identify at first since they can resemble a mosquito, black fly, or other insect bite. But if the tick is still attached, that’s a dead giveaway, according to Dill.

The bites are fairly painless. But if the rash begins to form and is clear in the center, that’s what’s called a “tick bite bullseye.” And could be a sign of Lyme disease. Ticks like being in moist and warm environments. So, when inspecting your body for bites, pay extra close attention to the area behind the knees, near your belly button, and around your neck.

What are the symptoms of a tick bite?

If you get a tick bite and experience symptoms, reach out to your medical provider. Especially if you notice a rash or the "bullseye.” Because that might be a sign that you’ve been bitten by an infected tick like the dog tick (which could lead to Rocky Mountain Spotted Fever) or a black-legged tick (which can carry Lyme disease).

In addition to feeling discomfort, symptoms of tick-borne diseases can include:

Thing to know: Tick bites aren’t especially itchy or painful. Ticks actually secrete a pain mediating substance, which could make it even more difficult to detect, according to Dill.

How do I remove a tick?

When ticks find the perfect spot to feed from, they grab onto the skin and make an incision. From there, they insert their feeding tube to ingest all the blood they can. Ick.

If you find a tick on your body, here’s what the CDC recommends::

Avoid putting substances like alcohol, dish soap, or petroleum jelly directly on the tick, according to Dill. It can cause the tick to burrow deeper in the skin or become too slippery to grab.

How do I treat a tick bite?

Removing the tick is just the first step. Next up:

What should I do if I have an allergic reaction to a tick bite?

Some people who are allergic to tick bites may experience symptoms like:

In some instances, the bite of a lone star tick can cause an allergic reaction to red meat and certain dairy products, said Dill. Commonly known as alpha-gal syndrome, it causes symptoms like severe stomach pain and drops in blood pressure. And can be potentially life-threatening.

Applying medicines like calamine lotion or loratadine may offer some relief if you experience an allergic reaction.

What are the symptoms of Lyme disease?

You may experience symptoms including:

PSA: If it’s not treated quickly, Lyme disease can lead to issues such as heart inflammation, joint disease, or post-Lyme disease syndrome. So keeping an eye out for symptoms (and catching them as early as possible) is key. And when it comes to treating Lyme disease, factors like your age, medical history, and how sick you feel are used to create a treatment plan. But in its early stages, antibiotics for two to four weeks can help treat Lyme disease.

What should I do if I think I contracted Lyme disease?

Lyme disease can be tricky to diagnose because the symptoms can present like other illnesses and aren’t consistent person to person. While a rash is the most common way to identify Lyme disease, it may not appear in up to 20% of cases. A medical provider can make a Lyme diagnosis after blood work and conducting other tests.

How can I prevent tick bites in the future?

To keep yourself safe from ticks, make sure to wear long sleeves and long pants when you’re in wooded or grassy areas. Walk in the center of trails, shower as soon as you go inside, use insect repellents, and always check yourself for ticks.

While most tick bites are harmless, some can lead to serious health issues. So it’s important to cover up when you spend time in areas where ticks often thrive (think: high grass, leaf litter, or woody areas). And to know the signs of a tick bite – and how to remove a tick.