Thanksgiving Travel, Election Updates, and the Marriage of BuzzFeed and HuffPost 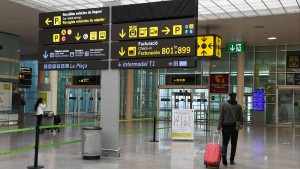 Pass the Gravy, Hold the Travel

This year is just getting better and better.

Truly. Right now, almost every single state is seeing an uptick in cases. While the holidays are right around the corner, the CDC says traveling not only increases your chance of getting the virus, but also of spreading it to friends and family. Reminder: You may not feel sick or show any symptoms, but that doesn't mean you're in the clear. And tests aren't foolproof. All this comes as states across the country have implemented restrictions on gatherings.

The CDC's recommendation? Stay home. Many Skimm'rs already got the memo and are planning to sit tight over the holiday. But one report found that up to 50 million Americans are still expected to travel. If you're one of them, and considering having a tough conversation with family, here are some tips. If you can't cancel plans, keep in mind that renting a car may be safer than traveling by train. And for air travel, pay extra attention to safety (think: masks, social distancing) at the airport. Yes, you can bring hand sanitizer.

I'll be staying put, thanks.

Good news then: If you were planning for a Zoom Thanksgiving, it can now last more than 40 minutes. Just enough time for another helping of dessert. There are also plenty of games and trivia you can play virtually as a group (see: Drawful, Among Us, and Kahoot). Also, now may be a great time to create new traditions, donate to orgs, or test out a new recipe.

This week brought really promising news from not one, but two vaccines. We all want to spend quality time with loved ones. But we're finally, maybe, in striking distance of beating this thing. Stay safe.

Where there are election updates...

Georgia. Yesterday, it finished its statewide hand recount of 5 million votes. And drum roll, please...it's still going to President-elect Joe Biden. Officials found more than 5,800 uncounted votes in the state. These were vote batches that reportedly weren't done being counted by Election Day or otherwise didn't make it to the Sec of State. Officials said there was no evidence of fraud...just human error. But since the margin of victory for Biden had been a little over 14,000 it was a big find. And President Trump netted about 1,400 more votes, narrowing Biden's margin of victory to about 12,000 votes. Biden can now call himself the first Dem presidential nominee to take the Peach State since '92.

Michigan. Yesterday, the Trump campaign dropped its lawsuit in the state, which Biden won by more than 155,000 votes. It's one of the dozens of lawsuits that have been dismissed. But President Trump may not be giving up. Today, he's expected to meet with Republican state lawmakers. It's unclear what they'll chat about. But these lawmakers may have the power to appoint the state's electors – the ones who actually pick the president on December 14. The invite has people speculating if Trump's trying to pack the Electoral College with friendly faces. But the lawmakers have said they wouldn't overturn a Biden W. No comment from the Trump team.

What's creeping back up…

Unemployment. The number of Americans filing for jobless benefits has gone up for the first time in weeks. Yesterday, the Labor Dept said 742,000 people filed claims last week – up 31,000 from the week before. The increase comes as some people are running out of their state benefits amid the pandemic. And as about 12 million others are reportedly expected to lose benefits the day after Christmas. Meanwhile, Congress is heading OOO for the holidays without any stimulus package deal to provide relief.

What's reminding us that it's not all doom and gloom...

US greenhouse gas emissions. A new study says the country could see over a 9% decrease in emissions this year – the lowest level since 1983. It's in large part due to a drop in transportation since people are WFH and flights are down. Commute, party of none.