7 Games That Are Just as Satisfying as Wordle 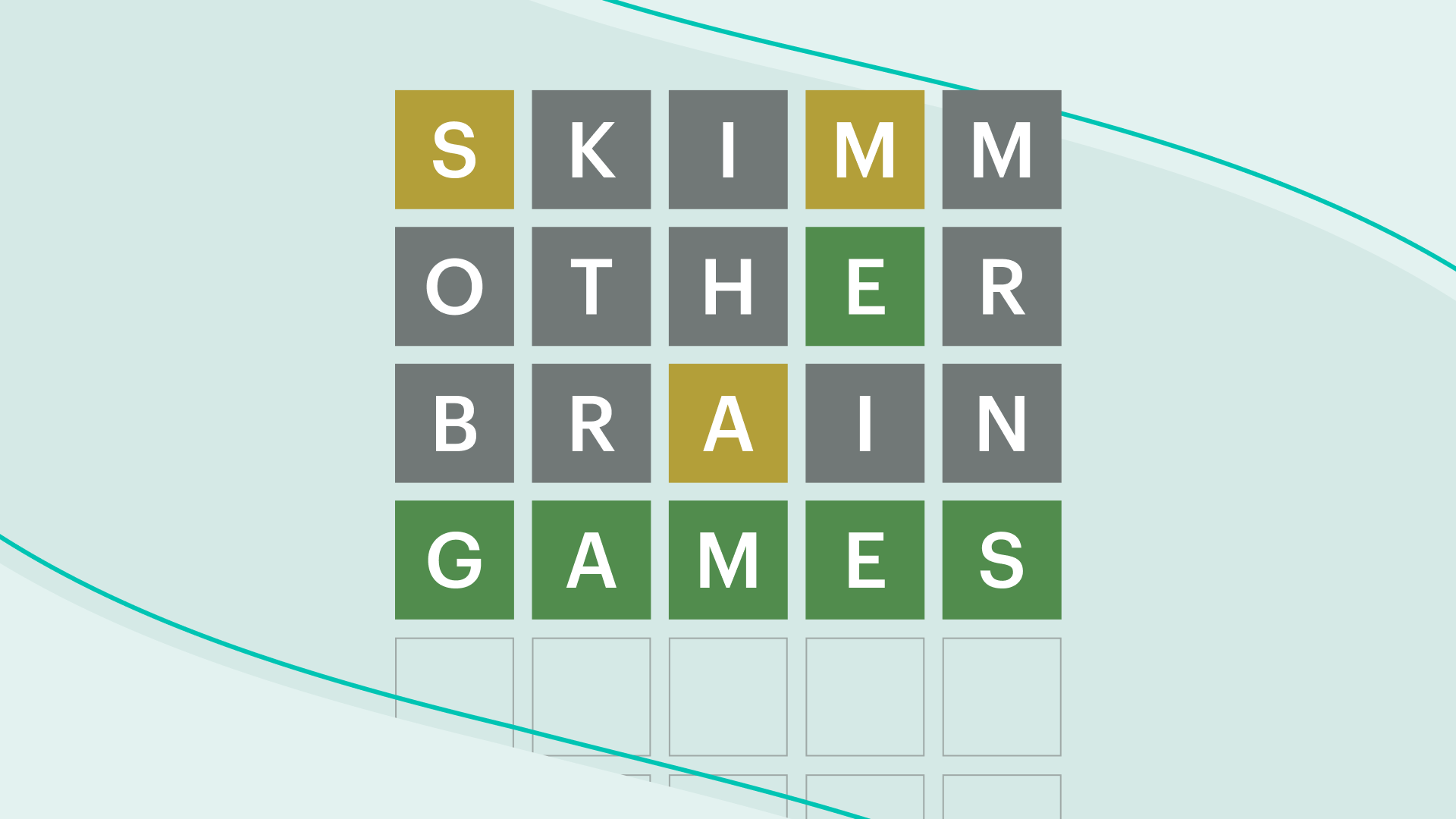 We know we’re not the only ones obsessed with solving the Wordle of the day. Since the word game was first released in October 2021, Wordle has been an instant hit. It has millions of daily users…or should we say, fanatics.

Each day brings a brand new word to guess. Sadly, that means that you only get to play one round a day. So if you’ve already finished today’s Wordle and want more to play, check out these seven games.

Run out of all your guesses before you got today’s Wordle?  Redeem yourself with wordmaster. It’s pretty much exactly the same as Wordle—same rules, same green and yellow blocks—the only difference is you get to play this game for as many rounds you want. And you can also change the difficulty level. Now if only we had unlimited guesses…

Need a break from words? Try Worldle (with an L).  Instead of testing you on your 5-letter vocab skills, this game tests you on your geography skills. Players have to guess the correct country or region by looking at its silhouette. This game has us wishing we listened more in high school geography.

If Wordle feels slightly too PG, we’ve got you. (And we get it. Sometimes the only 5-letter word you can think of is a dirty one.) Lewdle works just like Wordle except all the vocab is probably from Urban Dictionary instead of Webster. Oh, and you’re also scored on lewdness so its okay to go all out on that colorful vocabulary of yours.

Any mathematicians out there? Try Nerdle, the game that uses numbers instead of words. The goal? Guess an eight-figure mathematical equation using numbers and symbols. Pro tip: Don’t forget to Please Excuse My Dear Aunt Sally, aka PEMDAS, because the order of operations is key to getting these right.

You know that feeling you get when you hear a song but can’t quite figure out what it is called? Well, Heardle takes that feeling to the next level. In this game, you get six tries to guess what song you hear. It starts off with a one-second snippet and if you can’t guess, you can opt to get more and more of the song revealed.

For some of you geniuses out there, Wordle is child’s play. You might even be the type of person that guesses wordle in one try. Well, there’ll be none of that with this game. Literally. Instead of having to guess one word, you have to guess four. At the same time. The green and yellow blocks are still there to guide you but this time you have nine guesses… but spread across four words so it doesn’t exactly even out. Try this game if you’re up for the challenge anyway.

Want something even harder than Quordle? Look no further. This game is called Absurdle for a reason. Its algorithm actively works against you to make sure you don’t get the right answer. Sort of like you’re playing against someone… except that someone is a really smart computer. Instead of having a set word per day like a lot of these other games, absurdle can change the secret word you’re trying to guess. You only win when the algorithm has no other ways to fool you. Sounds absurd… we know. But at least you have unlimited tries to get the right answer.

What's better than one game to keep your mind sharp? Eight of them. So don't despair if you feel like you've maxed out your Wordle habit. The internet is full of options.