What Is SWIFT and Could It Be a Key Tool in Russia-Ukraine Peace Talks? 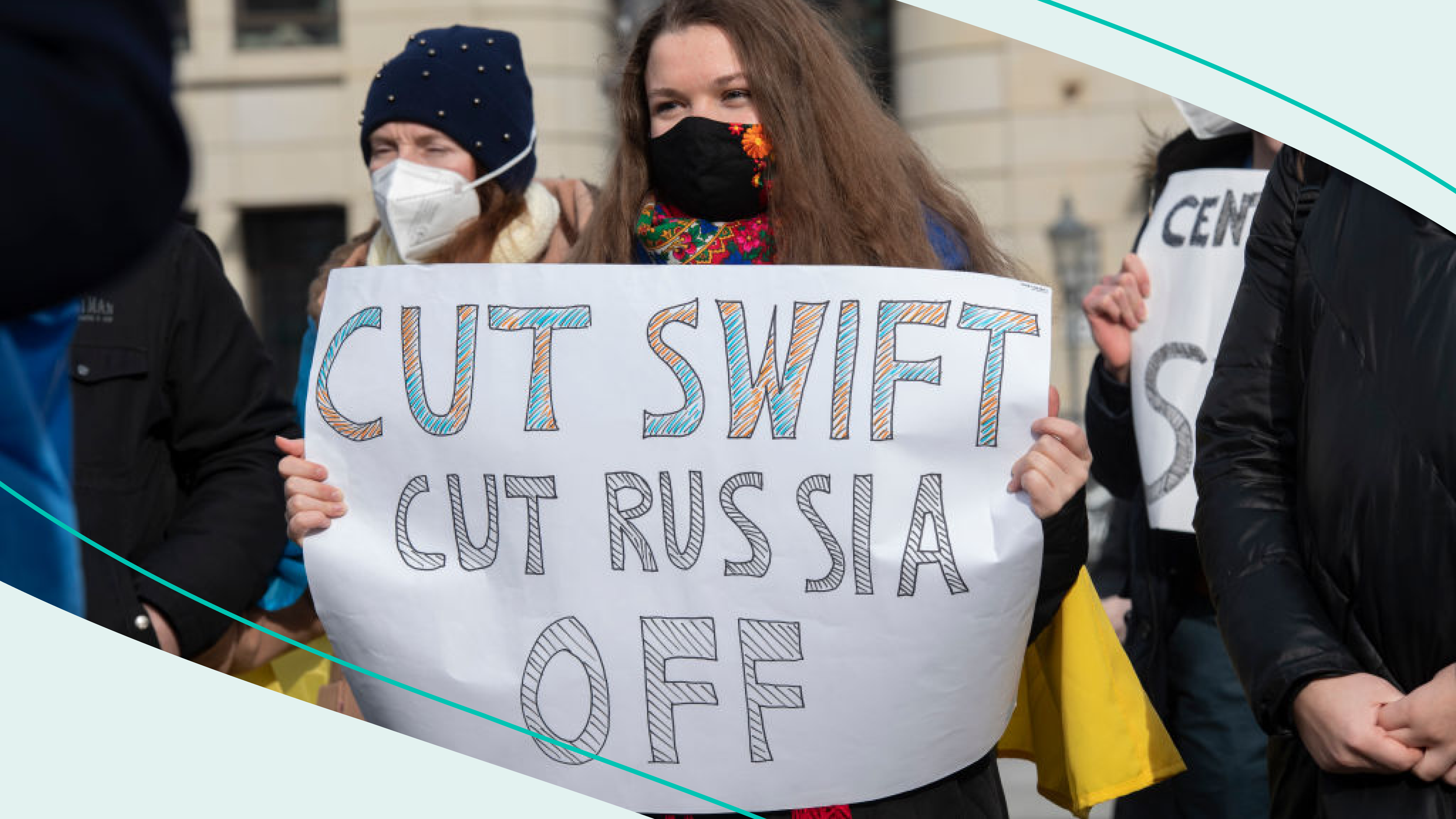 Money makes the world go ‘round. And SWIFT is a key player in making sure money gets where it needs to go across borders, languages, and currencies. Removing Russia from SWIFT may be a powerful tool the US and its allies use to quell President Vladimir Putin’s aggression, but using it would come at a cost.

Back up. SWIFT…as in Taylor?

No. SWIFT, as in Society for Worldwide Interbank Financial Telecommunication. Based in Belgium, it's a network that connects more than 11,000 financial institutions from around the world. Think of it like your Venmo feed: SWIFT doesn’t move the money itself, but it securely alerts everyone of money coming in and out — with an average of 42 million messages sent through its network every day.

That’s one busy group chat. Why would anyone want to be part of that?

SWIFT is an important tool that helps keep the global economy running smoothly. Access to it means easier access to profits from international trade. So countries that make a lot of money exporting goods to other nations would want to stay in the loop.

Got it. So what does this have to do with Russia and Ukraine?

Both nations are major exporters of commodities like oil, natural gas, and wheat. So removing Russia from SWIFT could threaten the country's financial stability and force an end to the war.

Sounds great. Why don't they do that?

They're starting to. Seven Russian banks have already been removed from SWIFT. Most notably VTB and VEB, both major names in Russia’s banking system. The West has held out on cutting off all the nation's banks, including key players Sberbank and Gazprombank, as a last resort. Allowing them to stay on the system lets countries like Germany keep paying for Russian energy. And economist Megan Greene told theSkimm that it also allows the world to keep tabs on transactions going in and out of Russia.

What about cutting Russia out entirely?

They might still. But some are calling that “the nuclear option.” Because the fallout would reach much farther than Putin’s backyard — with the US and Germany likely to lose the most, given their frequent SWIFT communications with Russia. And whether it would be enough to deter Putin is debatable. Especially since the country has been preparing itself for a SWIFT removal since 2014, aka when the US and allies discussed its removal from SWIFT after Putin annexed Crimea. Ultimately, it didn’t happen.

Who makes the call on whether or not to kick Russia out of the group chat?

SWIFT has described itself as a “neutral global cooperative.” Meaning it will leave the decision up to the applicable government bodies and legislators. Read: President Joe Biden and our European allies, among others, would have to be on board to remove Russia from SWIFT.

Since Russia invaded Ukraine, the US and European allies have levied hefty sanctions on the Russian economy to try to assuage tensions. Cutting Russia off from the global economy by removing it from SWIFT remains an option, but one that may come with significant collateral damage.

Updated March 4 to include the latest removals from SWIFT.