Daily Skimm: What's Up with the GOP, Vaccine IP Waivers, and Broadway's Return 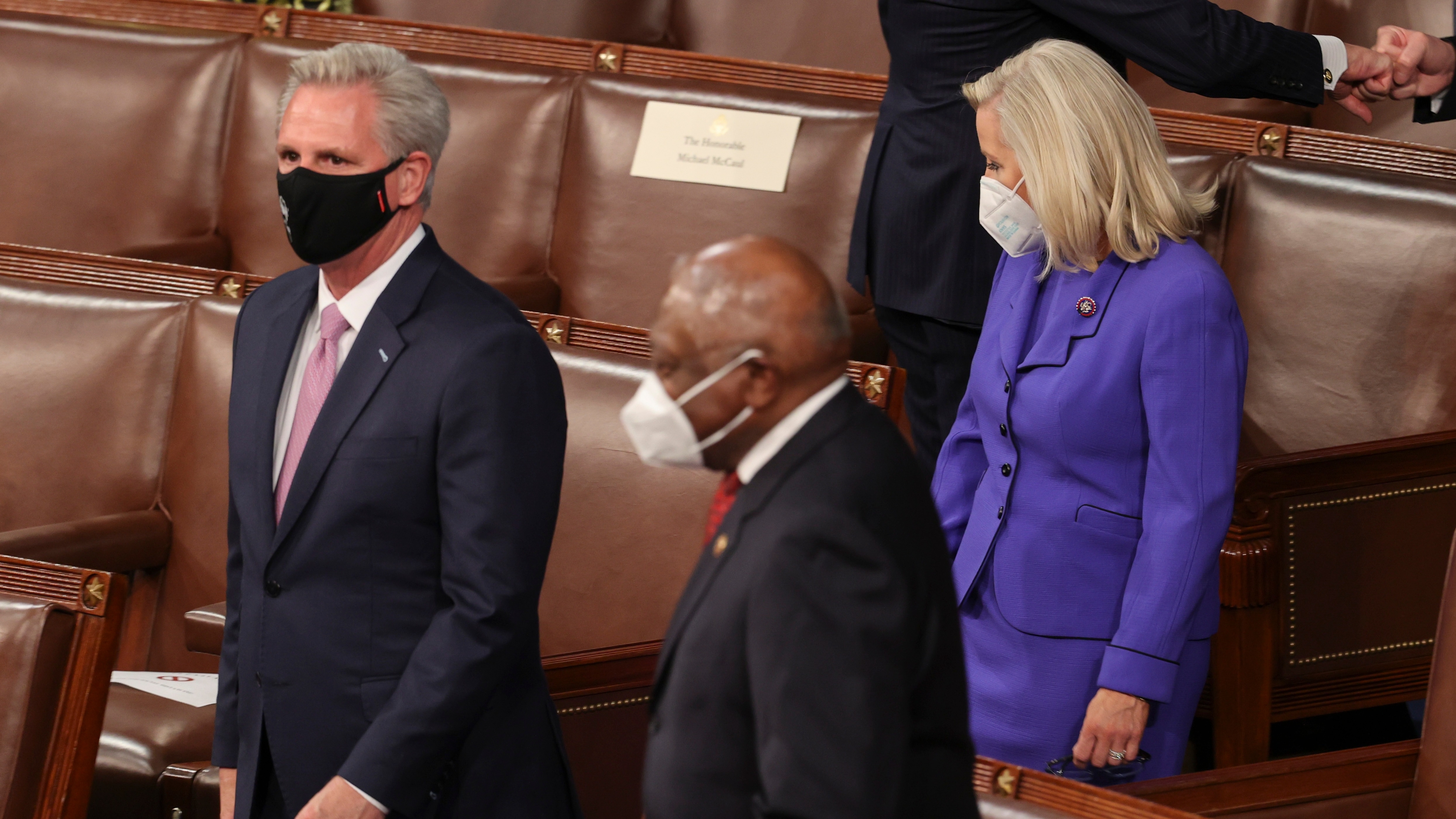 Should I Stay or Should I Go Now

The GOP's at an inflection point.

For the past four years, former President Trump's polarizing rhetoric tore the Republican Party in different directions. Amidst late-night fiery tweets, xenophobic comments, and claims of election fraud, Trump's term ended in a second impeachment and an insurrection. All of which pushed handfuls of party members to distance themselves from the one-term president. But many doubled down, staying true to their leader's conservative vision. Now that Trump's out of office, the GOP is scrambling to piece itself back together – at a time when it needs unity.

Because Democrats have a majority in the House. And Republicans are focused on winning back the lower chamber in next year's midterm elections. To do it, they need to get on the same page – a challenge given the outspoken Trump critics within the party. Like Rep. Liz Cheney (R-WY), the third-ranking House Republican. She voted to impeach Trump for inciting the Jan 6 Capitol riots, and has said his lies of a stolen election are a "threat to democracy." Some members want to give her the pink slip. And potentially replace her with Rep. Elise Stefanik (R-NY) – someone who actively defended Trump during the impeachment saga.

Cheney reportedly said she'd rather lose her leadership position than stay quiet. And House Republicans are expected to meet next week to discuss her removal. Trump, who called Cheney a "warmongering fool," offered his "complete and total endorsement" of Stefanik. But the attention around his words – once fueled by social media – seems to be dying down. He's been blacklisted by major social media platforms. One analysis found Trump mentions have decreased. Facebook has decided to continue to ban him for now. And Trump has resorted to launching a new blog.

We're months out from the Trump presidency and the GOP is still trying to find its footing. But it's increasingly discovering – and nudging its members to realize – that all roads lead to Trump.

Who's saying 'sharing is caring'...

The Biden admin. Yesterday, it said it's in favor of temporarily lifting intellectual property rights for COVID-19 vaccines. Last year, a group of countries proposed doing just that. The goal: to allow companies around the world to make generic versions of vaccines (like Pfizer's, Moderna's) years ahead of schedule. Supporters – including figures on the left like Sen. Bernie Sanders (I-VT) – say it could speed up developing countries' access to vaccines. At a time when global vaccination access is deeply unequal. But critics say the holdup is on the production side, not IP. And that while opening up the IP sounds good, it wouldn't put vaccines in arms any faster. And could even lead to things like counterfeit vaccines in the supply chain. The World Trade Organization is meeting this week to hash it out.

...Oh and speaking of vaccines, Moderna is feeling optimistic about its booster shot's ability to fight variants.

Rayshard Brooks'. Yesterday, the Atlanta police officer who shot and killed the 27-year-old Black man was reinstated to his job. Last year, Garrett Rolfe was fired and charged with 11 counts including felony murder for killing Brooks in a Wendy's parking lot in Atlanta, GA. Now, the Atlanta Civil Service Board is saying Rolfe wasn't granted due process because he wasn't given 10 days' notice that he'd be fired – a requirement by the city. So Rolfe's been put back on administrative leave until his charges are resolved. While Rolfe's legal team was "very pleased" with the reversal, Atlanta Mayor Keisha Lance Bottoms (D) defended the city's decision to fire him last year, saying failure to do so would have led to a "significantly worse" public safety crisis.

The US birth rate. Last year, it dropped 4% compared to 2019 – and brought the number of new births down to the lowest it's been since 1979. It's not a surprise that birth rates are going down – the trend has been happening for over a decade. Experts think it's largely due to the high costs of raising a child and women waiting to have children (plus other burdens on women like housework). But low birth rates could hurt the economy. Without enough young people to replace the older population, it becomes a challenge to provide care for seniors. Some thought Americans quarantining with, ahem, little else to do would lead to a baby boom. But nope, didn't happen.

Psst…Here's what Americans having fewer babies could mean for your wallet.

What's promising to do better...

Peloton. Yesterday, the exercise service company recalled about 125,000 of its Tread+ and Tread treadmills after dozens of accident reports, including a child's death. And apologized for not recalling the machines sooner – something gov officials had requested.

Why actors are warming up their jazz hands...