Daily Skimm: Texas Abortion Law, COVID-19 Updates, and the One with the "Friends" Reunion 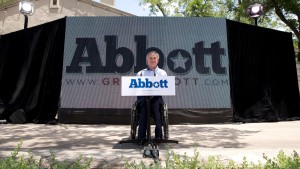 Texas just made it harder to get an abortion.

Yesterday, Gov. Greg Abbott (R) signed a bill that bans abortions after a fetal heartbeat is detected – as early as six weeks. The law goes into effect in September, and comes days after the Supremes said they will hear a Mississippi abortion case that directly challenges the tenets of Roe v. Wade. Now, Texas joins a growing list of Republican-led states that have passed their own 'heartbeat' bills. But this ban has some unique provisions.

The law requires abortion providers to check for a fetal heartbeat. And prohibits them from performing the procedure if they find one, except in the case of medical emergencies. But it stops short of allowing abortions in cases of rape or incest – a provision that has become standard in abortion laws. Texas's law is also unique because it prevents state officials from enforcing the ban. Instead, it will allow private citizens to sue anyone who they believe violated the law (think: abortion providers, friends, and family members) – making a personal decision all the more public. And making this bill potentially harder to fight in the courts.

Anti-abortion groups called it a "vital step in the road to abolishing all abortions in Texas." But abortion rights advocates say it prohibits abortion before most people even know they're pregnant – effectively banning the procedure. They claim it could flood the courts with lawsuits and bury clinics in cases and legal fees, making it difficult for them to remain open. Lower courts added that similar bills were unconstitutional under Roe v. Wade...but that may soon change once the Supremes take it up.

Texas isn't the first state to pass a heartbeat bill – but it's by far the most populous one. Now, barring a holdup in the courts, this could be the most impactful anti-abortion law in years.

India. Yesterday, the country recorded 4,529 COVID-19 deaths, a global record. (Note: The US previously held that record in Jan at 4,475.) But that number could be higher due to limited testing and a crumbling health care system. The US, UK, Germany, and other countries have pledged to help by providing things like oxygen, vaccines, and ventilators. Now, large cities (like Mumbai) are reportedly starting to see improvements. But more cases are being reported in the rural countryside, where there are more barriers to health care access.

The EU. Yesterday, the bloc agreed to ease up travel restrictions soon. Since the pandemic, European tourism has dropped by more than half – hitting the economy hard. Now, the EU could be saying 'OK you're good' to some Americans. The caveat: you've got to be fully vaxxed to get that passport stamped. The details aren't final yet, but the EU is considering only five vaccines authorized by the WHO or EU regulators: Pfizer, Johnson & Johnson, Moderna, AstraZeneca, and Sinopharm. And is considering a number of "safe" countries to add to its travel list. Vamos a la playa.

...Oh and speaking of vaccines, you might have to get poked again. Dr. Anthony Fauci said you'll likely need a COVID-19 booster shot within a year or so.

Where people are watching closely...

Israel and Gaza. All eyes are on when the 11-day conflict – which halted for eight hours today – will end. Yesterday, President Biden told Israeli PM Benjamin Netanyahu he expects a "significant de-escalation" on the path to a cease-fire. Netanyahu said he will continue the operation in Gaza until Israelis have "quiet and security." And Hamas – the Palestinian militant group that runs Gaza – outlined conditions it wants met in order to lay down arms. A cease-fire could reportedly come as early as tomorrow. In the meantime, more than 200 people – most of them Palestinians – are reported to have been killed in the violence, including dozens of children.

Why Texas is still trending…

Its latest execution. Yesterday, it put to death Quintin Jones by lethal injection after a 10-month pause. In 1999, Jones was convicted for killing his great-aunt and sentenced to death. The 41-year-old Black man and tens of thousands of others had called on Gov. Greg Abbott to grant him clemency. His family argued he was "remorseful" and "has changed for the better." In his last words, Jones thanked the "supporting people" who've helped him.

Who's adding a new team meeting to the calendar…

Congress. Yesterday, the House passed a bipartisan bill that sets up a 9/11-style commission to investigate the Capitol insurrection. Lawmakers have wanted to get to the bottom of how the January 6th attack was able to take place. But a growing number of GOP members have downplayed the violence of that day. They lost the vote. Now, the bill's off to the Senate – where it needs 10 GOP lawmakers and all Dems to sign off on it to become law. It's an uphill battle, especially considering Senate Minority Leader Mitch McConnell (R-KY) says he's not for it.