Daily Skimm: Tokyo Olympics, an Ex-Cardinal, and "House of Gucci" 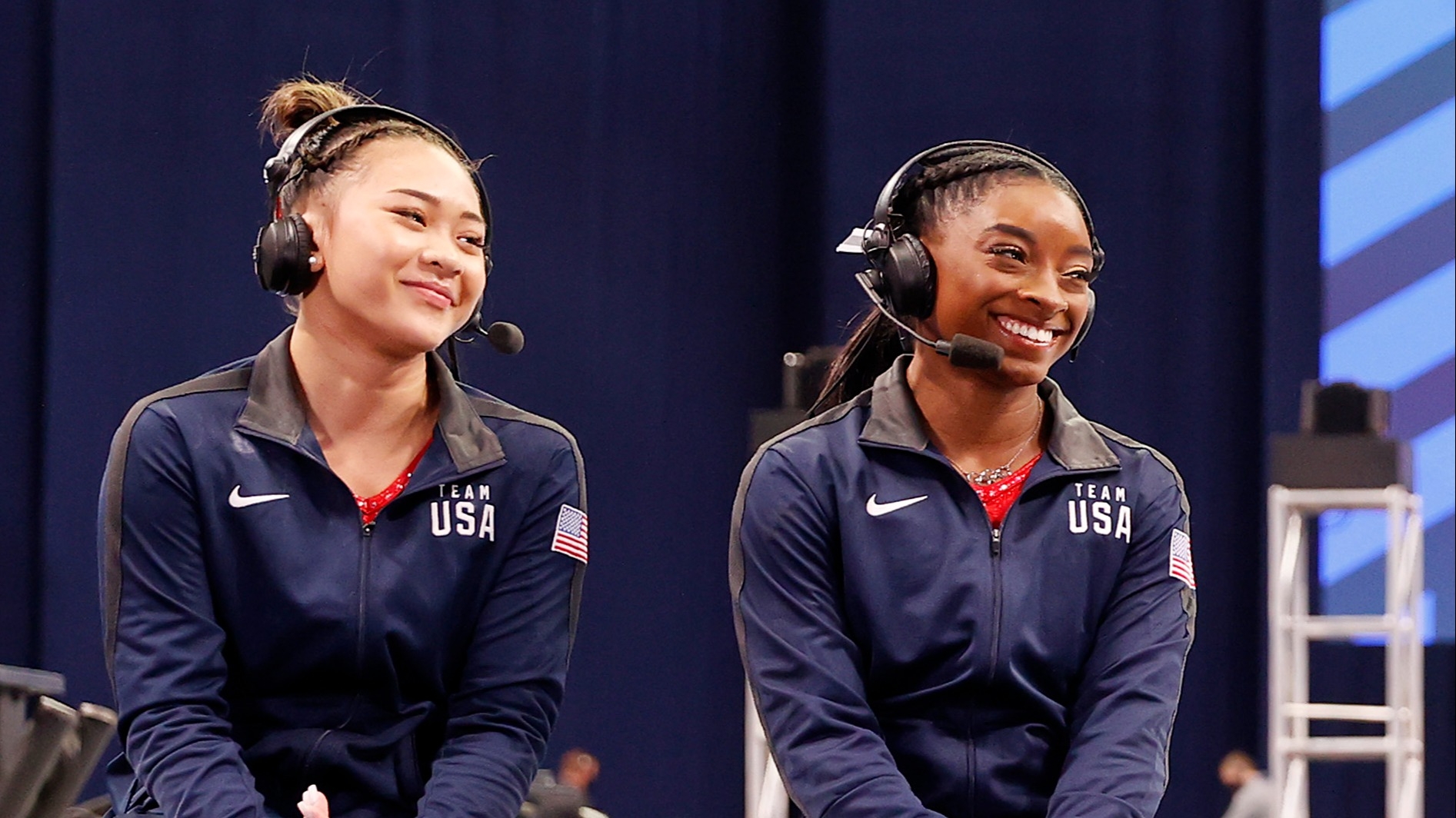 Simone Biles taught us all that it's ok to not be ok.

You know it. This week, the star athlete withdrew from two Olympic events to focus on her mental health. She said she was hit with the 'twisties' (a familiar feeling among gymnasts, as if they lost control of their body in the air) during the vault competition. And preferred to step away instead of pushing through and risking injury. In true leader fashion, she hung out on the sidelines, cheering her teammates on. Biles also admitted the pressure of the Olympics was affecting her, apparently leaving her shaking and unable to sleep. Celebrities, athletes, and sponsors stood by her. But many may not realize how much Biles was carrying on her shoulders.

She is one of hundreds of gymnasts who are survivors of Larry Nassar's sexual abuse. And she's the only one competing in the Olympics this year. But she did so with a mission: to make sure her voice (and presence) spoke for the hundreds of others asking for accountability. She previously criticized USA Gymnastics for not doing enough to protect their athletes. Biles tweeted that the support she received made her realize that she's "more than [her] accomplishments and gymnastics," something she's "never truly believed before." Her move to withdraw also introduced viewers to another member of the team.

We're talking about Suni Lee. The 18-year-old came in second to Biles during the Olympic trials. And entered the games thinking she was playing for silver. But after Biles withdrew, Lee rallied during the all-around individual competition and took home the gold. Talk about sticking the landing. She is the first Hmong American to earn a spot on the US Olympic team – representing an ethnic group that has long struggled to find a home and has a complicated history with the US after being abandoned following the Vietnam War. But her rise wasn't without overcoming difficulties of her own. In June 2020, Lee broke her foot. She also lost family members to COVID-19. And continued to train with her father's support – despite his paralyzing accident in 2019. One silver lining from this week? Lee got her chance to vault into the limelight.

Today, medals are being handed out in the swimming and tennis competitions. And the US women's soccer team is expected to take on the Netherlands in the quarter finals. Meanwhile, we're also looking forward to next week's debut of two new sports: karate and sport climbing.

More and more athletes are speaking out about their mental health (like Biles and Naomi Osaka). They're teaching everyone that athletes are more than just performance machines. And inspiring women and people everywhere to learn the power of saying 'no.'

PS: Our app has you covered on what Olympic events are up next. On your mark, get set, download. Bonus: New users get the first week free.

What we're just now learning about…

This CDC report. Last night, the Washington Post and The New York Times leaked details about an internal CDC report on the delta variant. It's not good. We already knew delta – the COVID-19 variant first identified in India – is more contagious and can cause more severe illness than other known variants. But this internal report hits home just how grim the situation is. The report apparently urged the CDC to "acknowledge the war has changed." And played a key role in the CDC's decision to bring back mask guidelines earlier this week.

Who's facing the justice system…

Former Cardinal Theodore McCarrick. Earlier this week, the 91-year-old was charged with sexually assaulting a minor in the 1970s during a wedding reception. McCarrick – a former Washington, DC archbishop – is one of hundreds of members of the Catholic clergy accused of sexually abusing children over decades. In 2019, Pope Francis defrocked (read: expelled from the priesthood) McCarrick after a trial found him guilty of abusing minors. Now, he's the highest-ranking US Catholic official to be criminally charged for sex abuse against a minor.

Who should pump the brakes...

Americans. Yesterday, a new analysis found that the lifetime emissions of about three average Americans create enough carbon dioxide to kill one person. And a single US coal-fired power plant produces enough heat-trapping emissions to cause 900 deaths. But that's not all. The report could be sugarcoating things...since it only talks about heat-related deaths. And not fatalities from floods, wildfires, or famine. To conclude: we need to slash planet-heating emission rates ASAP if we want to save lives.

Walt Disney Co. Yesterday, Scarlett Johansson sued the entertainment giant, giving it a Disney minus for allegedly breaching her contract. Earlier this month, Disney debuted "Black Widow" in theaters and on Disney+ the same day. Because, COVID-19. But Johansson is saying 'hold up – we didn't agree to that.' The suit says the release was supposed to be exclusively in theaters. And that since a large chunk of her compensation was tied to how the movie performed at the box office, the 'watch from home' option cost her a reported $50 million. Disney says the lawsuit has "no merit" and that it played by the book.