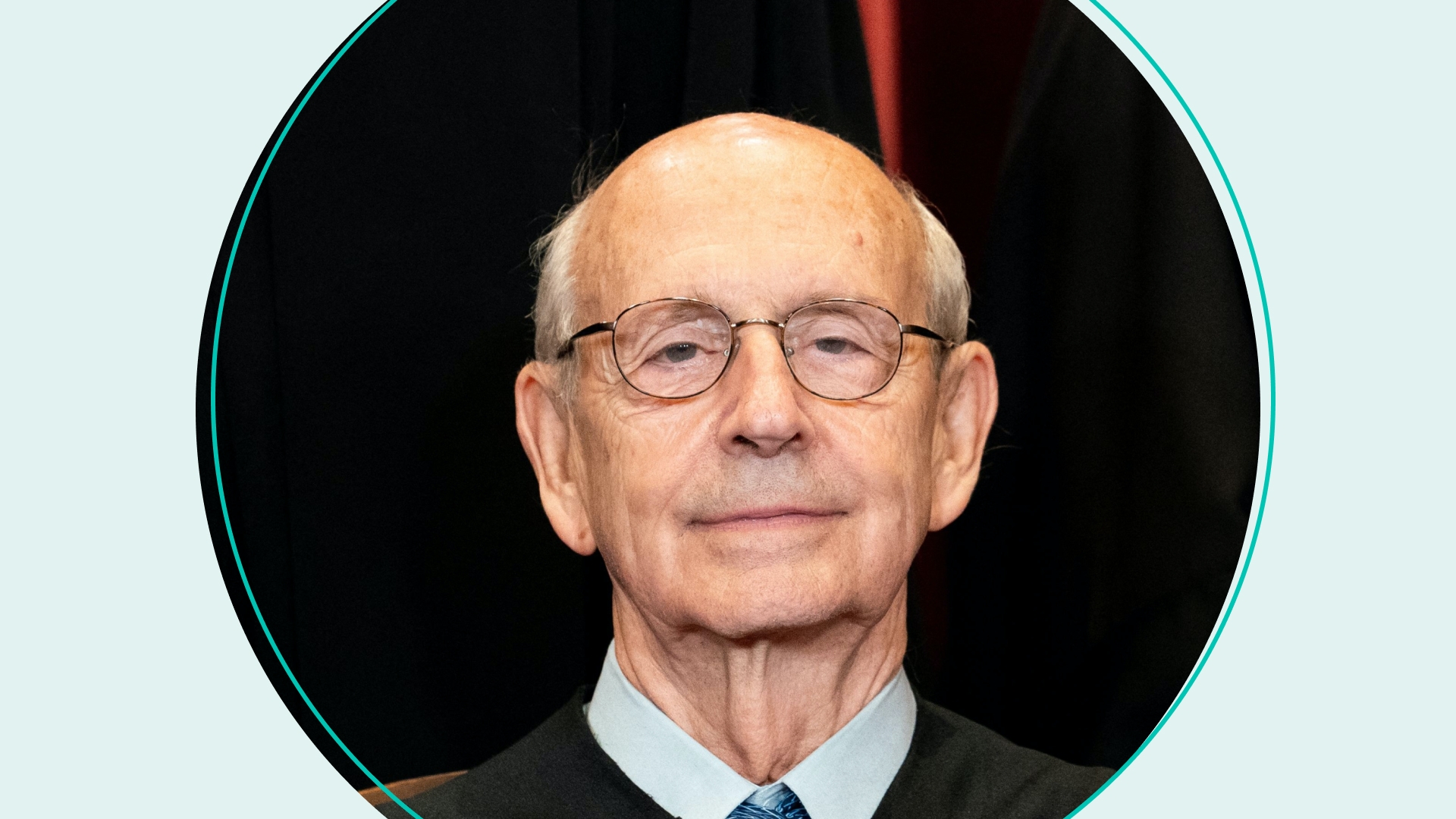 Breyer’s Out, Jackson’s In

The most senior liberal member of the Supreme Court...

Correct. Confirmed in 1994 with bipartisan support, Breyer became recognized by many as the court's consensus seeker. He was known for liberal rulings on health care and abortion access — but was most well-known for his concern with the US’s death penalty. In 2015, he wrote a dissent on lethal injections, questioning the legality of capital punishment. Now, amid pressure from some Democrats to retire, the 83-year-old justice will be succeeded by Ketanji Brown Jackson.

When do we call her ‘Justice’?

Today at noon. That’s when Jackson will be sworn in to replace Breyer. She’ll be the first Black woman to serve on the Supreme Court and the first justice with experience as a federal public defender. But her confirmation doesn’t change the high court’s standing. Since she’s replacing Breyer, it’ll still be a conservative majority of 6 to 3.

Does Breyer need to dot any I’s and cross any T’s before he leaves?

Yep. This morning, the court is expected to announce its two remaining opinions before breaking for the summer. First up is whether the Environmental Protection Agency has the power to regulate greenhouse gas emissions. If SCOTUS says ‘nope,’ Congress would step in to regulate. It's a move that could set back the Biden admin’s goals on climate change...and time’s ticking. Second, President Biden’s challenge to end the “Remain in Mexico” program. That’s the Trump-era policy requiring many asylum seekers to stay in Mexico for months or years while they wait for their US asylum claims to be processed.

Justice Breyer’s retirement is clearing the way for a new justice to help decide the country's future. But the court is still on track to have a solidly conservative lean for decades to come.

Who's saying 'do you want to form an alliance with us '...

NATO. Yesterday, NATO leaders invited Sweden and Finland to become members. Now that Turkey’s onboard, the two traditionally neutral countries will move forward with the ratification process, which could take up to a year. But a NATO official expects it to move as “quickly as possible.” The urgency comes as the 30-member alliance labeled Russia its “most significant and direct threat.” Allies also committed to deploying more “robust in-place combat-ready forces” on its eastern flank, with President Biden saying ‘+1 to that.’ In addition to deploying more troops to the region, Biden also announced a permanent HQ in Poland — a first for the US on NATO’s eastern side. Russian President Vladimir Putin said if any military contingents and infrastructure are deployed in Sweden and Finland, he will “have to respond in kind.”

…Oh and Ukraine secured the release of 144 soldiers — the biggest prisoner swap since Russia’s invasion.

The FCC. Earlier this week, a Republican commissioner asked Apple and Google to remove TikTok from their app stores. The commissioner worries the video app — owned by Chinese company ByteDance — could be sending American users’ data back to Beijing. And says that the “unfettered access” China has to sensitive data violates Apple and Google’s standards. The FCC can't regulate apps, but that doesn't stop it from putting pressure on the companies. The company has called concerns about its data privacy “misleading.” But the FCC commissioner maintains the app’s a “sophisticated surveillance tool.”

Where there’s going to be another election…

Israel. Today, the country’s parliament voted to dissolve itself…again. The collapse comes after Israel’s government formed a historic coalition — including the first Arab faction. The main goal was ousting former PM Benjamin Netanyahu. But they’ve been stuck in political limbo. Now, Israel will hold its fifth election in less than four years. PM Naftali Bennett will be packing his bags as one of Israel’s shortest-serving prime ministers. Foreign Minister Yair Lapid will be the temporary PM till the November elections. And there could be a pathway for Netanyahu to take the reigns.

Who’s been sentenced to prison…

R Kelly. Yesterday, the singer was sentenced to 30 years in prison after a NY jury found him guilty of sex trafficking and racketeering — which included acts of kidnapping and bribery. Since the 1990s, nearly a dozen women and girls have accused the singer of sexual abuse, manipulation, and inappropriate relationships. Now, a US attorney says the sentence shows that no matter how powerful, rich, or famous an abuser may be, “justice only hears the truth.” In August, Kelly is set to stand trial in Chicago for ​​child pornography and obstruction-of-justice charges.

While Carson Pickett is kicking down barriers…

Female tennis players are (Wimble)done with the dress code.

While people are trying to swim safer…