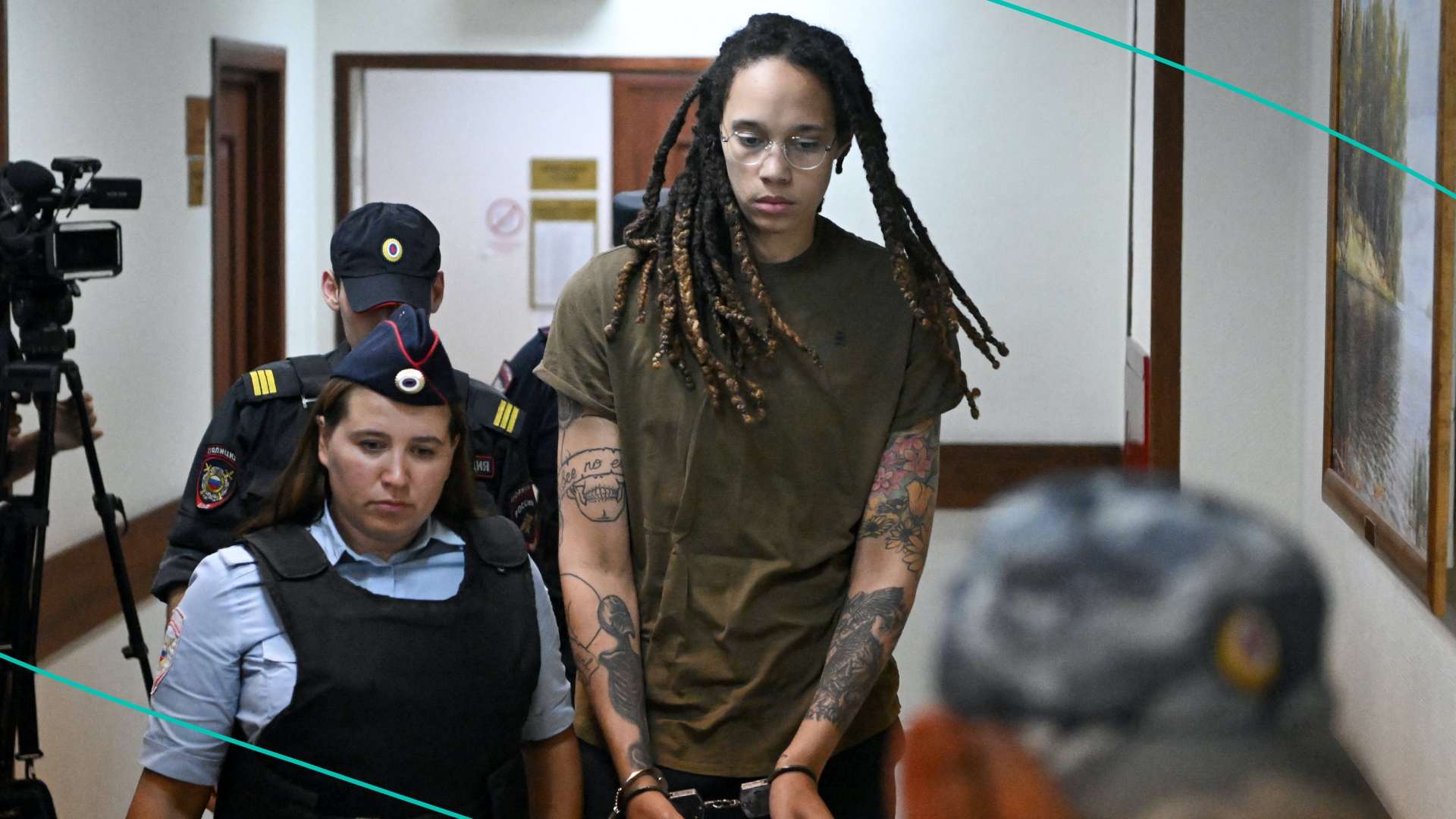 In February 2022, WNBA Star Brittney Griner was arrested in Russia. And in the year that followed, her case had the world's attention — from her trial, to her detention in a Russian penal colony, to the prisoner swap that brought Griner home. Here's everything you need to know about the situation, and what could be next for her and the WNBA.

Who is Brittney Griner? And why was she in Russia in the first place?

Britney Griner is a seven-time WNBA All-Star center for the Phoenix Mercury, and a two-time Olympic Gold medalist with Team USA. Since 2015, Griner’s played for the Russian basketball club UMMC Ekaterinburg during the WNBA’s offseason.

If you’re wondering why an all-star athlete like Griner would play abroad, it’s because players can bank quadruple the amount they earn at home. About half of the WNBA’s 144 athletes play overseas during the offseason to combat a salary problem that the NBA doesn’t have. And during the winter 2022 season, several WNBA players took their talents to Russia.

Why was she arrested?

Over alleged traces of hashish oil. On Feb. 17, 2022, Russian authorities arrested the basketball star — who flew to Russia from New York — on drug charges. Officials said Griner had vape cartridges containing cannabis oil in her luggage and opened a criminal investigation.

Griner’s trial started in July 2022 and lasted four weeks. She had pleaded guilty to drug charges, and testified that she had no intention of breaking the law. In the end, a Russian judge handed down the guilty verdict. Which wasn’t surprising, since defendants in Russian criminal cases are rarely acquitted. She was sentenced to serve nine years in a Russian penal colony.

But hasn’t Griner been released?

Yes. For months, there were reports that the US might conduct a prisoner swap. And in Dec. 2022, Russia and the US came to an agreement: Russia released Griner, in exchange for the US releasing Russian arms dealer Viktor Bout. Amid her return, President Biden said her release was a day “we’ve worked toward for a long time. We never stopped pushing for her release.” And Griner posted on Instagram, saying “it feels so good to be home.”

While many celebrated her release, others said ‘what about Paul Whelan?’ He’s a a former US Marine and another American prisoner in Russia. The Kremlin refused to release him with Griner, but Biden has vowed to continue working to bring him home. Griner also said she will “use her platform” to help the admin with these efforts.

So what’s the latest with Griner?

She’s focused on getting back in the game. Griner is currently a free agent, but says she plans to play for the Phoenix Mercury when the season starts in May.

Meanwhile, Mercury president Vince Kozar says his top priority is keeping Griner safe. Which has become a larger conversation for the entire league. Since she came back to the US, WNBA players have been talking about the need for chartered flights to keep players like Griner safe. Right now, it's not allowed in the league — with the New York Liberty being fined $500,000 for flying private during the 2022 season. But the NBA uses chartered flights all the time. (Surprised?) Time will tell if Griner's safety will cause the WNBA to change its ways.

It took nearly a year for Brittney Griner to come home safely. Now that she's back in the US, it's renewing important conversations around everything from athletes' safety to bringing home other Americans who've been detained abroad.

Updated on Jan. 31 to include info on Brittney Griner’s release.