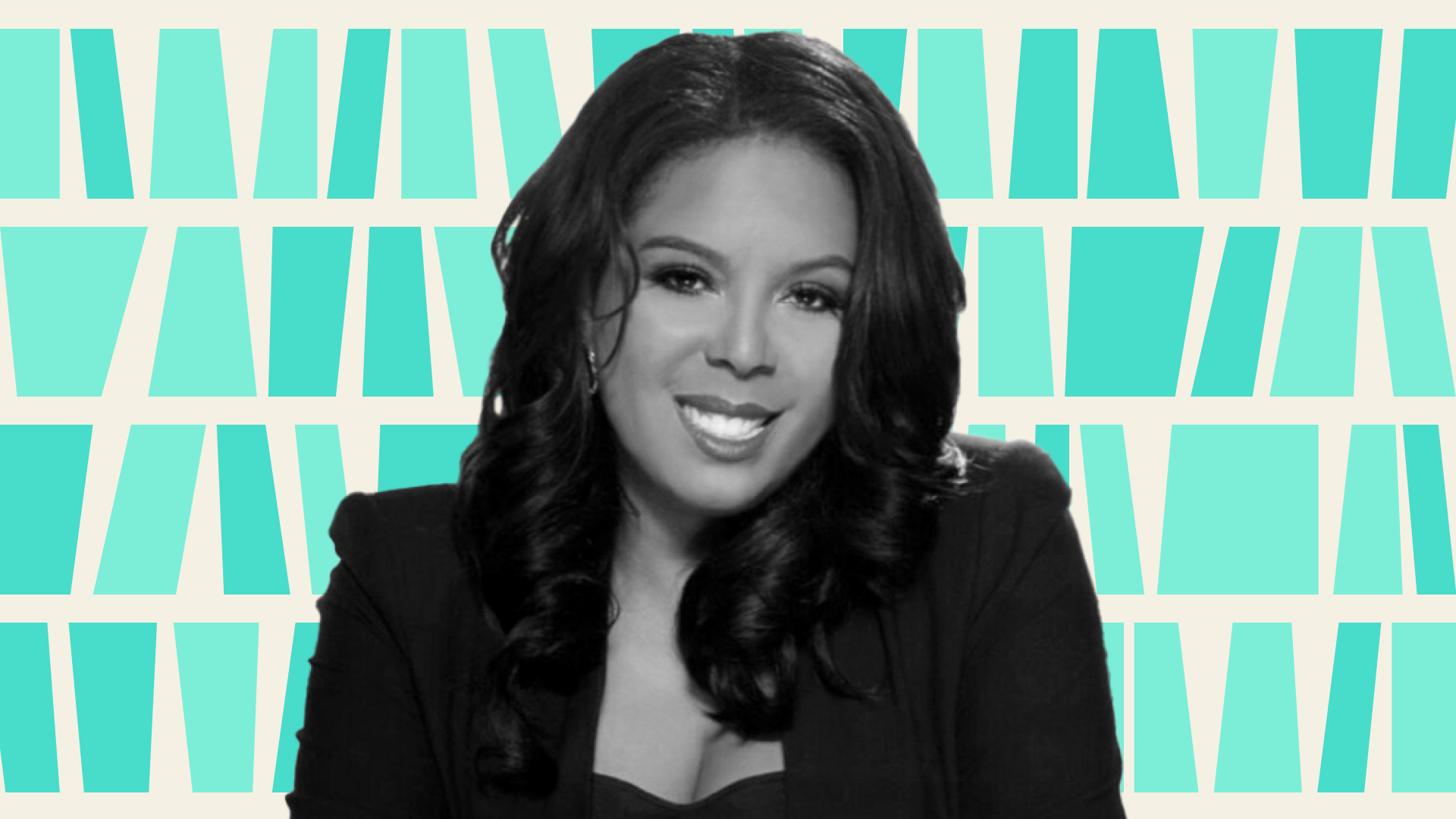 Simms has more than 20 years of industry experience. She got her start in the field in 2005, when she began working for Sean "Diddy" Combs. She rose through the ranks at Combs Enterprises, before moving on to the top spot at Lobos 1707. Throughout her career, diversity and inclusion were always top of mind for her.

Sitting down with theSkimm, Simms talked about the lack of representation in the spirits industry. And what she’s doing to change that. Check out what she had to say below. And scroll to learn about her fave Black-owned businesses and nonprofits.

“I've done a boatload of things. I started off in the [US] Department of Defense, negotiating defense contracts. I randomly went into selling radio time and concerts. Then I launched my own agency called Madison Marketing with some of my homegirls.

“I did pharma and advertising sales, then ended up as Sean ‘Puff Daddy-Diddy-Brother-Love’ Combs’ executive assistant. I worked with him and learned so much for 14 years. I went from being his executive assistant to becoming the first president of Combs Enterprises in the [company’s] history.

“From there I dabbled in cannabis, and still have a little bit of investment in a CBD company. And now I'm the CEO of Lobos Tequila and Mezcal. Backed by incredible luminaries like LeBron James and Arnold Schwarzenegger. And working in lockstep with our founder, Diego Osorio.”

How did you become involved in the spirits industry? Was there an ‘a-ha’ moment you experienced?

“It might be more ‘ah’ than ‘ha.’ But I was a promoter in my 20s. And there was this gentleman who was a nightclub legend, named Mark Barnes. He started teaching me what it would be like to run a bar. It was interesting to me. And it was so important as part of hospitality.

“We would always make sure we knew everybody's drink and where they like to sit, etc. So I had to learn [spirits] because I loved to host. So it was a part of that. And when he started teaching me and I started meeting different spirits companies’ representatives.

“I went to our agency and pitched for us to do all of the promotional sampling. So I hired 25 women to do the samplings at cruises and liquor stores and nightclubs. I did that for over a year. That was my first entrée into the industry.”

You’re also the co-founder of Pronghorn, a 10-year economic impact initiative to drive DEI in the spirits industry. And one goal Pronghorn is looking to achieve is to hire 1,800 Black employees within the industry by 2030. What inspired you to start this initiative? And how do you plan to tackle that goal?

“We have centuries of inequity to catch up from. We need to go far, but we need to go fast. So there are a lot of interesting things about the animal that inspired the way we wanted to build Pronghorn…. It’s a template on how to effectively diversify any industry. And we're starting with the spirits industry. And we're starting with the Black community.

“As a Black woman, since my very first job to today at 46, I'm often the youngest person in the room, the only woman — and often the only minority. As a working adult, I’ve noticed the problem and been thoughtful about how to change it. And from a DEI standpoint, in the last couple of years, we've all experienced this racial reckoning. But I do get frustrated sometimes when a lot of the conversation about driving equity talks about the symptoms, but not the way to economically engineer change.

“We need to have the financial wherewithal within these communities to be empowered and to make the change. And I think that entrepreneurship and economic empowerment are the most underutilized tools when you talk about civil rights.

“So we sat down with my two co-founders Erin and Dan, and we did the math for the spirits industry as an example. There's less than 2% of Black executives in the industry. Why is there that gap? And what do we have to do to get [past that]? We can do that in every industry, but we're going to try it out and hopefully build a case study that can be replicated.”

What were some of the biggest obstacles you’ve faced along the way?

“One of the biggest obstacles is how much time we waste. Let's go back to my DOD days where I'm dealing with a contractor who's been in the defense industry for 55 years. And when I walk in the room, there's a feeling of ‘this person doesn't belong. I expect this person to be getting my coffee, not negotiating with me.’ And now we have to waste time overcoming that. Because at some point you’ll realize that I'm competent and credible, and have done my work.”

What advice do you have for someone looking to break into the spirits industry?

“Google Pronghorn. We officially launch in the next couple of weeks. If you're interested in working in the industry, on the tier we're working with, the average employee makes $99,000 a year and they drive about $1.2 million of top line revenue.

“It's a wonderful industry where you can get well compensated. And you also can drive meaningful impact to your organization. And we're helping with the training and the tools to get there.”

We asked Simms to Skimm some of her milestones, based on her Insta photos. Here’s what she had to say:

“This was an incredible moment. This is me and Erin Harris, who is one of our other [Pronghorn]  co-founders. And Deborah, who is the CEO of Diageo North America. Diageo has come onto Pronghorn as one of our anchor investors. So we were all in Miami and celebrating the moment. This was a very special moment, a very heartfelt moment. And to be three women — it’s just incredible.”

“I grew up in Queens [New York]. And this is my godmother's house. And I remember they had a Siberian husky, and I was always with the German shepherd. So I was making the point that if you want to run with the big dogs, you gotta practice early.”

“This was my 40th birthday party. And my friends had put together a beautiful celebration. So I was walking in with my daughter, Emory, and she loves a good celebration.”

“So one, Lobos Tequila. But no, I say all the time, if you have a bar at home, or if you're gifting spirits, be thoughtful about looking for which ones are women-owned, which ones are Latinx-owned, [etc.]

“Shoutout to Fawn Weaver, who has Uncle Nearest. And Puff Daddy with Ciroc vodka. There’s a few for your weekend.”

Who is your favorite Black-owned nonprofit?

“I love the work that Robert Smith is doing in the technology space. And what he just did — it was so beautiful — when he surprised the class at Morehouse and paid off their student debt.

“Locally, I’m in Maryland, there's a not-for-profit called Thread — which focuses on how to desegregate the city but they do it through creating these little families run by this brilliant neuroscientist woman. And they focus on high school freshmen who have less than 0.5 GPA. It’s all focused on building a family, [raising the graduation rate], etc.”