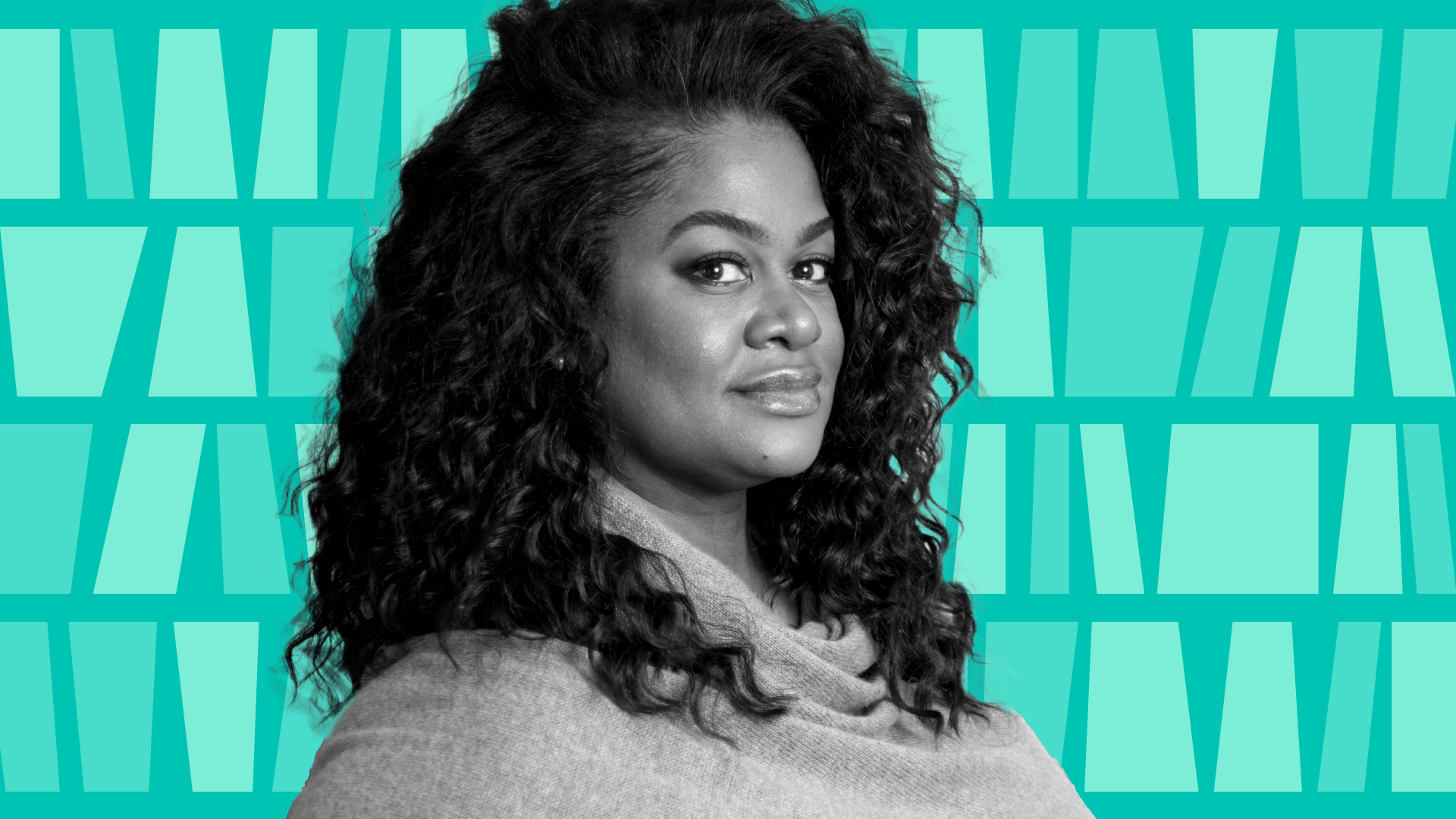 To honor Black History Month, theSkimm is spotlighting Black, female culture carriers who are pushing representation forward in different industries. We started with costume designer Ruth E. Carter. And now, it’s time to meet Kathryn Finney. She’s an entrepreneur, investor, and founder of the venture studio Genius Guild, which is dedicated to promoting and investing in Black businesses. Within her firm, she created two important groups: The Greenhouse Fund — which invests 100% in Black founders. (Note: More than 80% of those founders are Black women.) And The Doonie Fund — which makes micro-investments in Black women entrepreneurs.

Finney’s business ambitions started well before she founded Genius Guild in 2020. She graduated from Yale with an epidemiology degree. Then went on to create the lifestyle media brand The Budget Fashionista — which garnered more than a million monthly readers. But that's not all: She also created the social enterprise org digitalundivided, which helps Black and Latinx female entrepreneurs successfully launch their brands. Oh, and in her spare time, she’s also written a book (coming out in June) and started a podcast that dives deeper into her career journey.

Sitting down with theSkimm, Finney talked about breaking glass ceilings in a white, male-dominated industry. And how she facilitates Black success through her work. Check out what she had to say about creating her firm and overcoming industry obstacles. And scroll to the end to learn about her fave Black author and company pitch.

“Born in the Midwest. Went to school on the East Coast. Became an epidemiologist. And fell into blogging. Became an early blogger — built it, sold it — and went to work for another woman-led startup. Help[ed] build that, then sold that. Started a social enterprise that fundamentally changed venture capital. Left that, and started a VC [Genius Guild].”

What led you to create Genius Guild? Was there an ‘a-ha’ moment you experienced?

“It makes me feel good to do things for other people, particularly when I feel like I can't. Around my birthday, people were asking me, ‘What do you want?’ I said, ‘Just donate to this project [the Doonie Fund]’.

“It went from $10,000 to $150,000. We gave out over $1,600 [in] micro-investments. It's probably one of the greatest things I've ever done in my life. Because it showed me the power of capital. But more importantly, trusting Black women and Black women entrepreneurs. And the things that these founders did with the money — it's just incredible.

“Maybe two weeks after completing the first Doonie Fund, George Floyd was murdered. I'm from Minneapolis. He was murdered about six blocks away from where I went to elementary school. So it was like, ‘I'm an epidemiologist in the middle of COVID. This major social movement is coming out of my hometown, in which I have family members who are on the ground activating.’ And I couldn't do anything.

“But I saw the way capital had an impact. So I was like, ‘if I'm going to do Genius Guild, I'm going to do it now.’ That’s what really started it: How do we rethink capital? Can you rethink venture capital? It’s a very old white boys club that is very difficult to break into. Can it be different?”

Major tentpoles in your career — from the Doonie Fund, to digitalundivided, and now with Genius Guild — aim to support Black, women entrepreneurs. Why did you decide to focus on that mission?

What were some of the biggest obstacles you’ve faced in your career?

“The biggest obstacles have been the limited imaginations of white men. They’re very limited in their imagination of what can be done by people who are not them.

“There's nothing harder than being a brilliant Black woman. Because we have that obstacle of, ‘How do I convince this group of people — who have such a limited worldview on who I am — to see the possibilities?’ And it sounds strange because in the VC space, it's all about seeing the possibilities. But they [white men] really don't. They can only see it for a certain group of people who are like them.”

While you were building the Budget Fashionista you had resistance from VCs when it came to funding. What advice do you have for Black founders who are looking to secure funding from VCs and may have had a similar experience to you?

“At the end of the day, particularly when you're an entrepreneur and you're building something in a market, it doesn't matter what the hell a white VC (or anybody else) thinks. If you have a product, customers who see value in it, and a profit off your work, then that's all that matters.

“With the Budget Fashionista, even though I was met with extraordinary resistance, it didn't really matter what they thought because I had this community who was buying books. And I had clients like Nordstrom, Target, and T.J. Maxx, who knew that I had this community — and they wanted that community. So what some rando white guy VC thought really didn't matter at all because the market indicated that this was an interest.”

What’s a piece of advice readers have to look forward to in your upcoming book “Build the Damn Thing” to start building the career of their dreams?

“We have to build differently. This is [for] anyone who's not a rich white guy. And there's beauty in that — to embrace that ‘different.’ Case and point: I have a whole section of the book where I talk about how to build your team. I don't just talk about employees, but family too. I need my familial support. Because I know that every time someone says a stupid thing to me, I'm going to need emotional support.

We asked Finney to Skimm some of her milestones, based on her Insta photos. Here’s what she had to say:

“I'm thinking, ‘I'm a bad bitch. I did it.’ I started the fund. I filed the Form D that you have to file with the Securities Exchange Commission. It makes it real.”

“I was filming and recording [my] podcast ‘Build the Damn Thing’ — which is deeply personal. It was like 30 hours of recording. So I had a feeling of relief.”

“Alice Walker and ‘The Color Purple.’ My mother had a first edition that was signed by her. She gave it to me recently. Number two would be Belle Hooks. ‘Ain’t I a Woman’ fundamentally changed my life.”

“I'm not a huge podcast listener, but I have listened to Oprah and her ‘Soul Sundays.’ I also like Michelle Obama's podcast too.”

Which Black-owned business should Skimm’rs know about?

“Partake. It’s an organic snack company. It's in Target — it’s everywhere. It’s led by a Black woman named Denise. Really yummy. Another company that I love, and we actually invested in, is Health in Her Hue. It's sort of like WebMD for Black women.”

What company gave you the most creative pitch?

“One that we ended up investing in was called ‘Quirk Chat.’ It’s like TikTok for anime enthusiasts. It's led by a brilliant woman named Bee Law. And Bee is literally quirky. I was like, ‘you are your brand.’ And I loved it so much.”