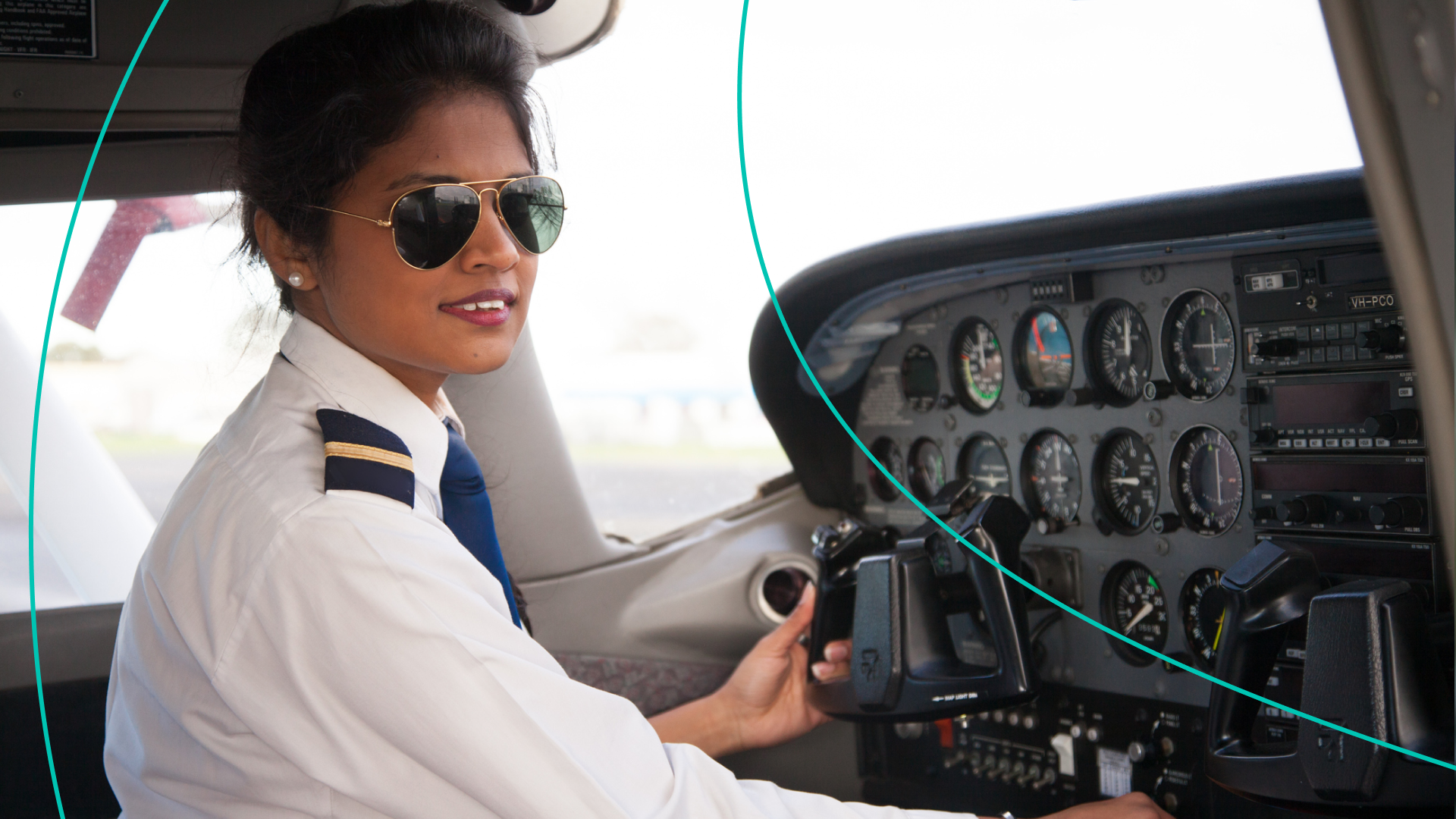 Airlines are predicting a summer rush. And after two years of quarantines, isolation, and to-mask or not-to-mask mandates — passengers are ready to get on board. But one problem may have some folks rethinking their travel plans. Enter, actually, re-enter: the massive (and ongoing) pilot shortage.

Staffing issues in the cockpit have been a long time coming. But a good portion of the industry is reaching retirement age, leaving a pretty significant gap. And as with most things, COVID-19 pushed the existing problems over the edge.

Now, if you're wondering what all this means for your summer plans, then fasten your seatbelts: here are the As to your Qs...

Why are airlines short on pilots?

Pilots have one of the few jobs with an expiration date. They have to retire at 65. And in the next 15 years, America will reportedly lose around half its pilots to retirement.

But this isn’t a new problem. Heather, a first officer at Envoy Air who asked us to not share her last name, said the pilot shortage really began after 9/11 and the 2008 financial crisis.

“When the economy was in the toilet, a lot of airlines declared bankruptcy and laid off thousands of pilots. Nobody really rehired anybody for over a decade. So in the meantime, those pilots [who] kept their jobs got 10 or 15 years older,” she said. And as more pilots started retiring around 2017, Heather said airlines began offering hiring bonuses to attract new pilots. But they quickly hit rough air because of…

When travel plummeted in 2020, regional airlines furloughed pilots left and right. And major airlines incentivized older pilots to retire early. Both of which left more than half of the world’s airline pilots unemployed. Jenna, who also asked us to not share her last name, is a Skywest first officer. And she explained that her father took a deal from Southwest Airlines to retire before the mandatory age. “My dad was 62, so he only had three years left. His motives [for leaving] were that he was getting a good buyout. And he wanted to help save the younger guys,” she said.

Pilot training is expensive. The training needed to even apply to airlines costs around $90,000. And once a pilot gets there, the company pays hundreds of thousands of additional dollars to get them trained on their jets. Since the company spends so much time and resources on new pilots, they immediately become a greater asset than an older pilot.

Vaccine mandates also caused major issues for airlines. Jenna said she knew a lot of companies that had to fire pilots who wouldn't get a shot. Or “people voluntarily quit…which wasn’t helping either,” she said.

Now, demand has become the cherry on top. With COVID-19 cases decreasing in the US, people are looking to get out of the house and travel. “As customer demand outpaces airline seat capacity, flights may become more difficult to book — especially for last minute travel,” United Airlines told theSkimm. So while more people may want to travel, there may not be enough pilots to make that happen. Both Heather and Jenna said they’ve already felt the effect of the shortage in their day-to-days. Enter…

With so many pilots gone, others were left to pick up extra work amid a labor shortage. Pushing many aviators to their limits. In April, Southwest's pilots union wrote a letter to management about growing fatigue concerns. And said that it's become the airline's "number-one safety threat," as more pilots hit their legal flying limit. (Aka the amount of hours they’re allowed to fly before taking required rest.)

The problem extends across the board — but has been especially hard for more experienced pilots, like captains. Jenna said that’s where the shortage has been the most evident. Since so many older pilots have been retiring, major airlines are scrambling for experienced flyers — since becoming a captain takes time.

Meanwhile, first officers (the newer pilots) are still feeling the effects. As a first officer at Skywest, Jenna said she works four days on, two days off. Flying six to eight hours a day and sprinting through the terminal for snacks when she can.

Heather said she’s often working right up to her legal limit. “Anytime we're on call, we're pretty much guaranteed to work because there just aren't that many pilots.” She also said she’s been called to work on her days off because demand is that high.”

What does the pilot shortage mean for summer travel?

We're all tired of being 'bored in the house and in the house bored.' But as you’re prepping for that upcoming trip, Heather’s said it’s best to be patient. “Just like going to a restaurant where they're understaffed, service is going to be slow. Stuff is just not going to happen the way that you want,” Heather said. As pilots work long shifts and reach their required rest time, flights will be impacted.

Heather explained that airlines can help fix the problem by paying pilots more and offering signing bonuses. But admitted that both “can only go so far when you don't have enough people that can fill the positions.”

Here’s what you can do if you run into an issue at the airport:

If you’re thinking about a career change, there’s definitely room in the aviation industry. With the pilot shortage affecting US airlines, employees are pushing their limits and fighting fatigue to keep your travel smooth. So as you plan your summer travel, remember to give your pilots some air.