‘I Never Got To Be A Girl Growing Up’: Dylan Mulvaney On Sharing Her Transition Journey on TikTok 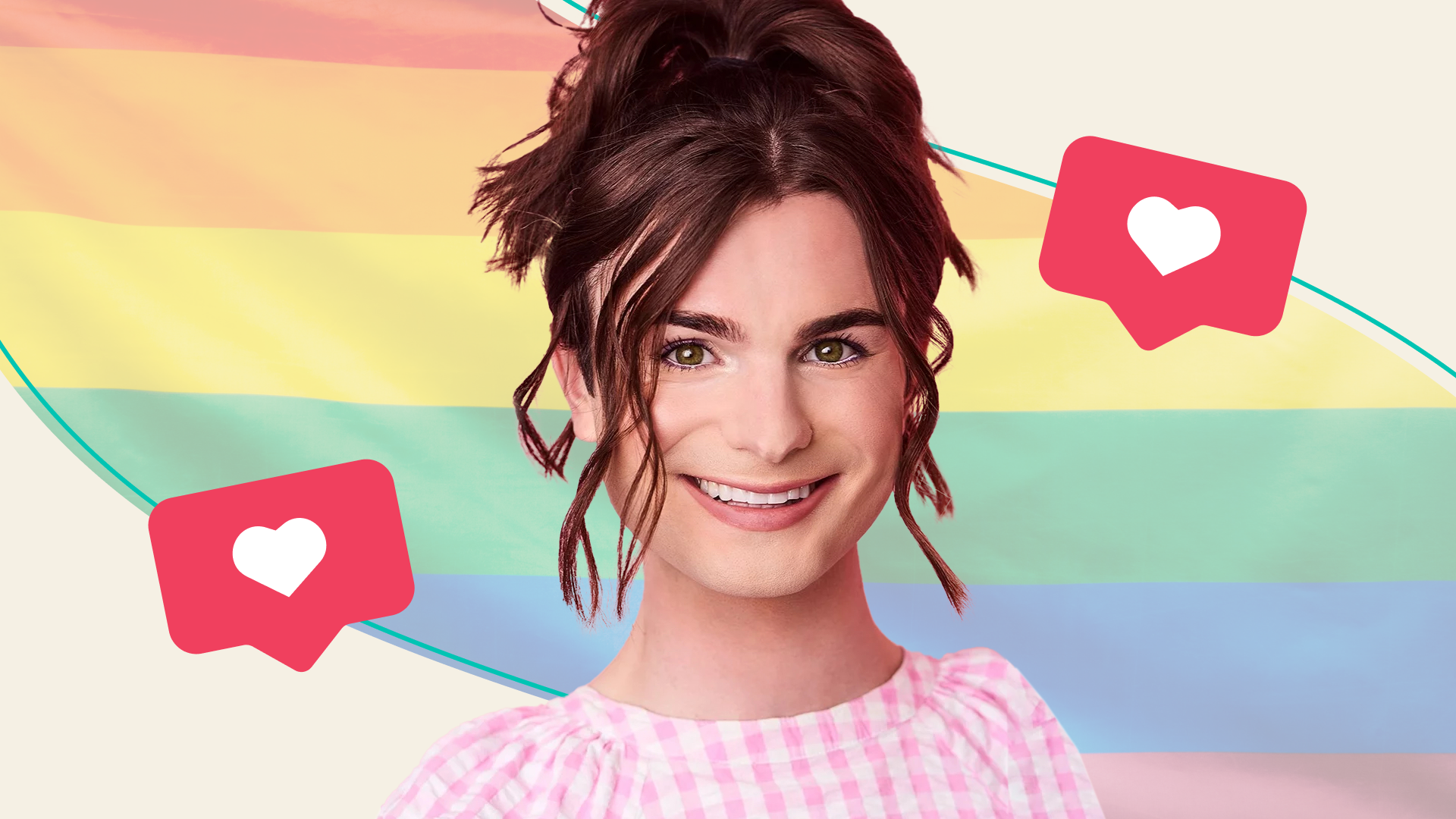 What do more than 2 million TikTok users have in common? They’re following Dylan Mulvaney — a trans actress, comedian, and content creator. On March 12, Dylan began her “Day _ of Girlhood” video series — documenting her journey after coming out as a transgender woman. Along the way, followers have watched Dylan buy tampons for other women, try yoga for the first time as a woman, and learn about her zodiac sign (shoutout Capricorns).

Fast forward to today and Dylan’s shared what it’s been like to be a girl for nearly two months. Her journey’s happening against the backdrop of a slew of new anti-LGBTQ+ legislation getting passed and intro’d in the US. This year alone, 28 states are discussing bills targeting the LGBTQ+ community’s freedoms. Another eight states have signed measures into law. At a time when there’s fear and outrage surrounding measures like Florida’s “Don’t Say Gay” law, many find Dylan’s videos to be a source of hope and inspiration.

Now, she’s sharing everything from why she’s documenting her transition journey, to the best and worst part of being a girl, to the milestone day she’s hoping to share. Plus, her message to the trans community. Let’s get into it…

How ‘Day _ of Girlhood’ started

Why did you decide to share your transition journey on TikTok?

“I only saw fully transitioned women in the community like Laverne Cox. I always admired them, but I had no idea how to get to where they are now. I realized that I want to be that for other people. Because I'm so early in my transition, I think it's a really interesting opportunity and a different outlook that a lot of people wouldn't think about. It's even helping cis people better understand the transgender experience.”

Why’d you choose to use the term 'girl' versus 'woman' in your videos?

“The term woman scares the heck out of me. It feels so strong, so sure of herself, so grounded. And I don't feel like that yet. There are times I feel like a woman, but the term ‘girl’ feels like it lends itself to failing, to trying new things or trying to figure things out. I never got to be a girl growing up. So, now I get to claim that word as mine today.

Keeping it real and vulnerable

In your videos, you've touched on balancing the expectations that come with being a girl and figuring out what kind of girl you want to be. What has that been like?

“I'm a very hyper-feminine person, and I really love leaning into femininity and all the girly things. And I have some women upset that I am so feminine or that I am leaning so heavily into the makeup, the dresses, all of those things. But I don't want to be ashamed of that because those things make me happy, and they do help me in my gender identity.

“I just realized you can't please everyone. Everyone's on their different journeys and being a woman is not defined by those things, but it does help me feel like one in some ways. I think we all got to just let each other look [like] and be the people that we want to be.

“Sometimes I hop on a video and I have no makeup on and some facial hair or pajamas. And so I do want to show the world all sides of me. I think there is this pressure as a trans woman to be constantly done up, to be constantly as passing as possible.

“I want the world to be kind to trans people when they can't look like that, or they don't have the energy to get all dolled up or because there is sort of an expectation that exists that is sort of unspoken.”

What has been the best part of being a girl so far? And the worst?

“The best part has been this sisterhood that exists that I didn't know about. I have been welcomed — mostly with open arms — by women. And I am honored to be a part of this community. I think it's amazing to have support from women. My favorite followers [and] humans in life are women.

“[The] worst part has been [that] the vulnerability can be exhausting. Social media as a whole is not 100% the person. And I put so much of myself out there, but there are still parts that I have to keep private or things that just belong to me. In some ways it does feel like I now owe people things, or I need to chime in on anything going on in my life. I don't want to get to a place where my transition feels like it's owned by someone else.”

How do you decide what you'll share on social media?

“Because there are some emotions and experiences that I'm going through right now that still might be too fresh to send out into the universe and have millions of people see it. I have to be managing my vulnerability, energy, and time.”

You mentioned this wonderful support system. But there are also social media trolls and negative comments. How do you not let that get to you?

“Sometimes I address the hate with comedy and sometimes I don't address it at all. A lot of the time, what I'm finding is that people will go to bat for me. A lot of my followers are in my comments, moderating my haters, and making amazing points. And I'm so grateful that they have the energy to do that because I definitely do not. I'm a very fragile person. Some of those messages, I'm having to learn how to basically unread them after I've read them and remembering to focus on the thousand good comments and not the one bad.

“For example, a very prominent conservative podcaster just did an entire hour-long podcast about my videos in a pretty negative light. I only listened to the sizzle and some of the points she made. And it was even more upsetting because it was a woman. Of course, I might expect something like that from a man. But it made it a little harder being from a woman.

"With something like that I just have to realize that when you are this public, that you're open to critique [and] you’re open to others expressing their opinions. And I think that's a beautiful thing, but we all just have to remember that these are real people behind the screen and that these feelings matter.

“With someone like this conservative podcaster, I just have to think, why does she care this much about another person's identity when it's really such a personal decision. It's about my happiness. So, that's just one person. There's a lot of good ones out there too.”

Dreams, milestones, and hopes for the future

There are [new] things you want to share with people. What are those things?

“I would love to bring some trans characters to life on TV and in film. I would love to write a book one day. What I think people really are enjoying about me is my lightheartedness and silliness, and sometimes my comedy. But there is also a depth that I'm excited to show people because it's one thing to get people on board with fun and positive content. And then it's another to also open up to some of the darker sides of my life and some of the real things that I'm having to experience. So I'm hoping to create a community online that will let me do both.”

What is a day or milestone that you're looking forward to and you can't wait to share?

“I can't wait for my first kiss as a girl. I get butterflies thinking about it because I've been given this opportunity to essentially rewrite my relationship history. And I know that I really deserve love and companionship. And so that will be a really exciting video to make. It might be a little embarrassing if that person follows me.”

We’re seeing anti-LGBTQ+ bills and laws all over the country. Is there anything that you would say to people in the trans community who are scared about what's happening?

“First of all, I see you. I love you. I'm excited for whatever journey you decide to take, but this is our time. We are here. We're not going anywhere. And things feel really heavy right now because we are in the mud, trying to fix a lot of broken parts of society, the government, [and] the community. We will come out of this stronger than ever. And we are leaving our mark. I'm extremely hopeful for the future.”

What is the best way people can support the trans community?

“One of the best ways to support is just by welcoming trans people into your spaces, hiring trans people, supporting organizations that are doing the on-the-ground efforts to change our government. Also, just giving a little love to a trans person in your life because the struggles are so different and yet we are all going through something.”