'We Need To Get Off The Sidelines': How One Org Is Stopping Anti-Asian Hate 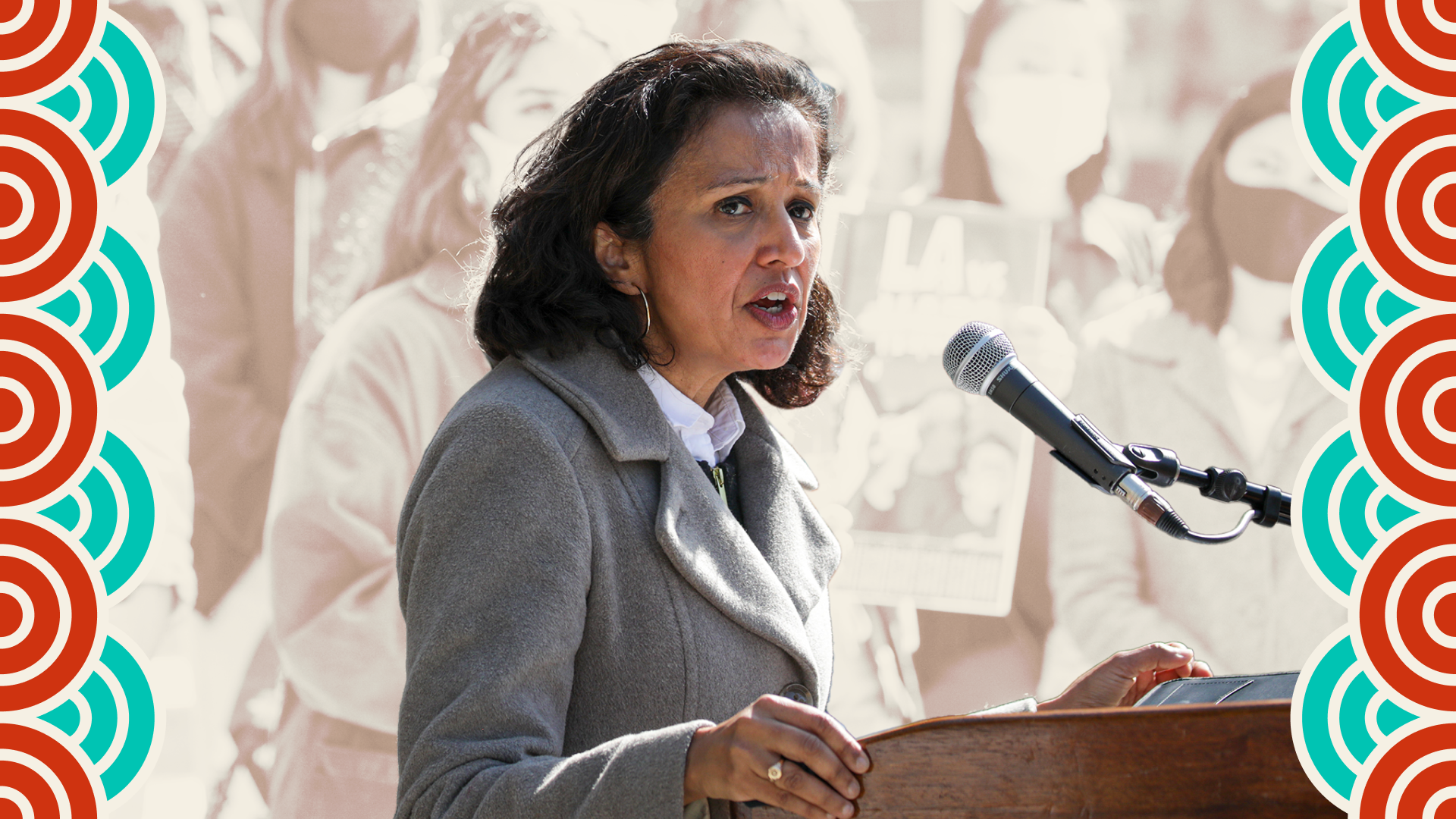 In 2020, the pandemic turned the world upside down. For Asian Americans and Pacific Islanders, the virus cracked the door open to a wave of violence and xenophobia. Case in point: Between March 2020 and March 2021, more than 6,600 hate incidents were reported to Stop AAPI Hate. Now, incidents have topped 10,000. And that’s just reported cases: If unreported cases are considered, that number is likely much higher.

About a year ago, theSkimm spoke to Stop AAPI Hate Co-Founder Manjusha Kulkarni about the rising number of hate incidents against the AAPI community. Let’s be clear, America’s got a long history of discrimination and violence against the AAPI community. But given that it’s 2022 and the wave of hate is hitting new records, it’s time to shine a brighter spotlight on the issue.

AAPI Heritage Month is a time to celebrate the community’s contributions to American society — but it's also a time to speak out about what needs to change. In light of this, we talked to Kulkarni about her org’s take on:

Why anti-Asian hate continues to be a problem

What would you say is the main driver behind hate incidents?

“You are seeing the [broad] rise of white supremacy. Both in terms of [individual] white supremacists and organized groups — Proud Boys, QAnon. Plus, you’re having the anti-CRT movement, a backlash to Black Lives Matter. And then COVID-19. So what we have is this fertile ground of anti-Asian sentiment. It’s been in the US for over 100 years. Now, people are planting seeds and they're growing into full-fledged anti-Asian actions, in addition to the sentiment.”

Based on the latest Stop AAPI Hate report, the majority of victims are women. Is there a reason that this group is being targeted?

“I do want to acknowledge that some of the survey data shows that the numbers are closer to equal [between reports from men and women]. I would say that I'm not surprised that women are often targeted, especially in terms of things like street harassment.

“That's something that all women in America face, and especially women of color. It is not surprising that women in our community are facing this type of hostility. You saw it in Atlanta. The targeting and the hypersexualization as well as the fetishization of Asian American women, specifically.”

How hate incidents impact the AAPI community on multiple levels

Does Stop AAPI Hate track the mental health aspect of hate incidents? Have trends in anxiety and depression gone up?

“There’s a mental health report. It goes into the survey we did of the individuals who reported. We did it with the Asian American Psychological Association. 72% were more afraid of anti-Asian hate than they were of the virus. And about 20% had experienced what's called racial trauma, which is similar to PTSD. But 28% of people reported that they actually experienced a decrease in their symptoms simply by reporting — so that’s really heartening. People are feeling like they're part of a community.”

How has the addition of anti-LGBTQ+ bills and laws affected hate incidents against the AAPI community?

“We see the multiple layers in which people get attacked. I've read incidents where it may either be race first and then because they're trans or because they're LGBTQ or appear in non-heteronormative ways. We understand there's also a report coming out from the Trevor Project about AAPI LGBTQ youth and some of what they're experiencing. We definitely want to uplift their data about what they've seen.”

PS: Since this interview was conducted, the Trevor Project released its report on Asian American and Pacific Islander LGBTQ+ Youth.

“Three bills have been introduced in the California legislature. [One is on] stopping street harassment and really taking a public health approach to it. This is not an issue that we need to put people in prison for, but what we need to do is change male behavior so that women can feel safe. How many hours of our day do women not go outside? What are places we don't go to because we're worried about our safety? What are the activities we don't engage in?

“Number two is rider safety, which is related to harassment. We saw the worst case scenario with Michelle Alyssa Go [in NYC]. How can we make transit stops more safe? Lastly, civil rights in businesses. Like when you go to a store, ensuring that you're not going to be harassed — either by other customers or refused service by employees. In some ways, these are specific to women and their safety, and in other ways they are broader to ensure that we can go about living our daily lives.”

Do you hope that by California opening the door to new policy, other states will follow suit?

“Absolutely. I feel like we have been a trailblazer in a lot of positive ways. We chose California because we're located in California, we have relationships with our lawmakers. And we think that we can — at the end of the day — be successful. Certainly we're looking at federal efforts, we're in conversation with folks in Congress and their staffers about some opportunities on that side. When you get it firmly planted in one place, you have a lot more success and you can use that as a model for the others.”

What are some real ways that people can show they’re supportive of the AAPI community?

“I really think that this is a moment — not just in terms of anti-Asian hate, but what we're seeing in terms of efforts to dismantle and destroy our democracy — that we need to get off the sidelines. We need to know and understand how to engage in policy at local, state, and federal levels. We need much more civic engagement than just voting during a presidential election, because that's not enough.

“We need to run for school boards. We need to run for office because all of the folks on the other side are doing that. We want to be aggressive, assertive, and ensure that the policies that help our communities are what we need.”