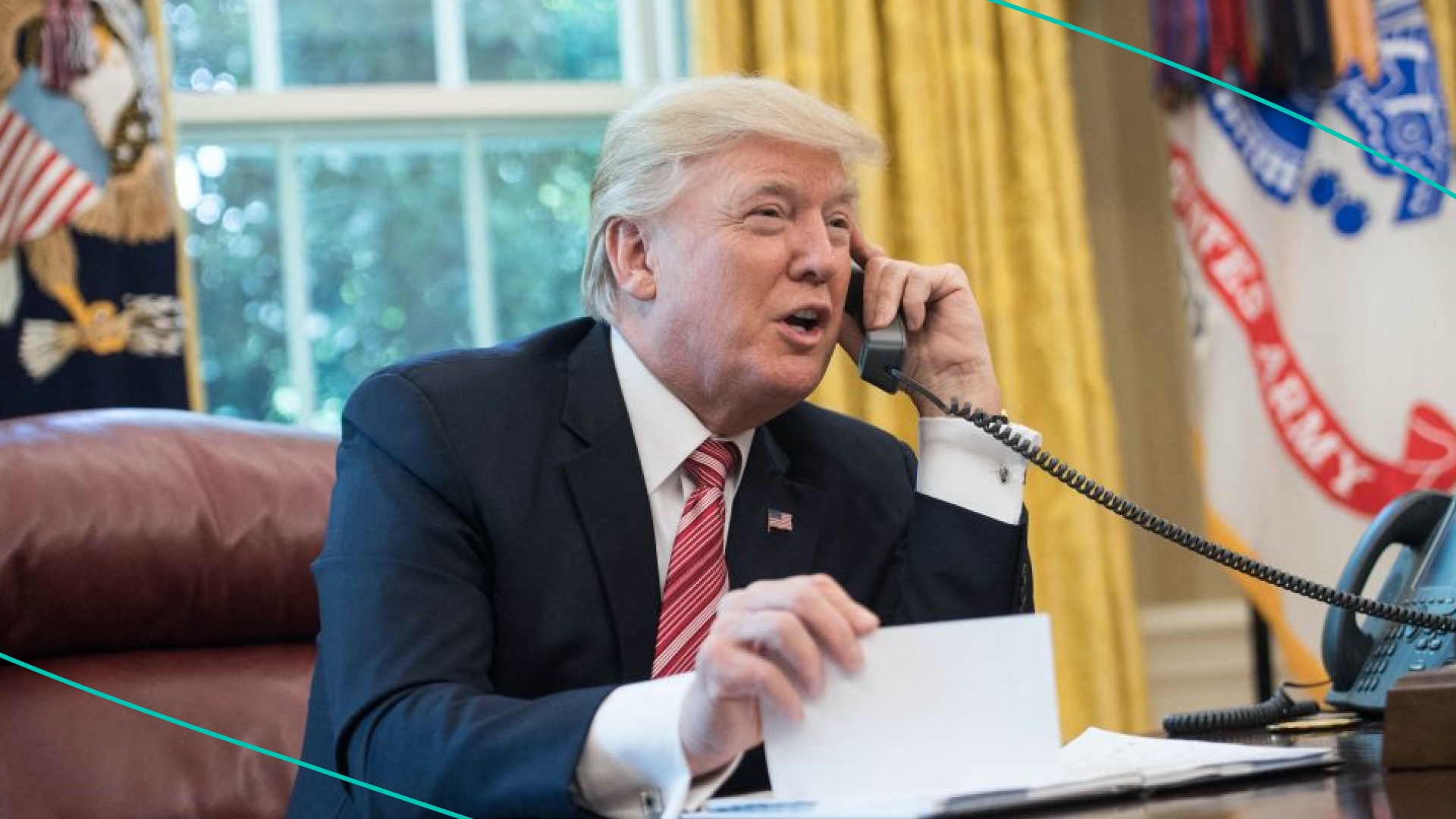 It's been more than a year since the Jan. 6, 2021 Capitol insurrection went down. But that day is still making headlines. This time, for a different reason: former President Trump's phone calls.

A number of reports show that on Jan. 6, there was a major gap (read: seven hours and 37 minutes) in the then-president's White House call log. It overlaps with when the assault on Capitol Hill took place. And it's got people saying ‘excuse me' since many news outlets confirmed that Trump did, in fact, talk to a number of people on phone throughout the day.

Now, many are concerned that this is evidence that he may have committed a crime. And it's opening up a lot of Qs. Like: What does this mean? Should we care? And is this Watergate part two?

Why Do the Former President’s Call Logs Matter?

This all came to light because of the House select committee’s investigation of the Jan. 6 attack. Official White House records from that day were handed over as a part of the proceedings — to see if Trump had a role in the insurrection. And if he was a part of a "criminal conspiracy" to stop Congress from certifying the 2020 election.

Now, the public is finding out that the White House has no record of Trump making or getting phone calls between 11:17am ET to 6:54pm ET that day — when the peak of the violence and chaos at the Capitol was underway. On CBS’s “Face the Nation,” Rep. Jamie Raskin (D-MD) said, “It’s a very unusual thing for us to find that suddenly everything goes dark for a seven-hour period in terms of tracking the movements and the conversations of the president.”

Here's a look at how Trump's day played out, according to the White House record:

White House phone logs aren’t the most fun to keep track of. But they help keep transparency and accountability between the government and the public. Tim Stretton, director of the congressional oversight initiative at The Project on Government Oversight, explained how these records could be useful for the House committee.

“This committee has been assigned a really important task of identifying security failures and the causes that led to the insurrection. And part of that is finding out what the response was,” Stretton said. “It took hours for backup law enforcement to reach the Capitol. So it's important to know what was going on in the White House at that time and what efforts were being taken to respond. Without that information, it's very hard for that committee to do its job.”

Because several gov officials reportedly said they spoke with Trump during that gap. Including then-VP Mike Pence, Sen. Tommy Tuberville (R-AL), and House Minority Leader Kevin McCarthy (R-CA). Plus, one call with an “unidentified person” at 11:17am ET was listed in Trump’s daily diary. But not in the call logs.

And lawmakers are saying 'did the hotline bling?' With Raskin saying that “it does seem like the gaps are suspiciously tailored to the heart of the events.” As a member of the select committee, Raskin said they are aware of unlogged phone calls taken during the gap. And that it’s something that is “obviously of intense interest” to the committee.

So why wasn’t it tracked? Some people have pointed to burner phones — which Trump has rejected, saying he’s never heard of a burner phone before. Or the fact that he may have used another person’s phone to make these calls (he’s previously used deputy chief of staff Dan Scavino’s phone to make calls). Others say these gaps could be the product of bad record keeping. CNN reported that the Trump admin’s records can be chaotic and unorganized. Plus, Trump's executive assistant Molly Michael — who often tracked his unscheduled meetings and calls — was out most of the day.

But Stretton said that given the day’s events, it would be concerning if there weren't outgoing or incoming calls during such a long period of time. And it would be even more important that any communication be tracked by someone.

“It's certainly possible that he was not on the phone for seven and a half hours. But I would find that extremely troubling,” Stretton said. “A branch of government was under attack — why wasn't the chief executive on the phone doing something?”

Which brings us to…

How Does This Affect the American People?

Trump has consistently tried blocking info from the Jan. 6 committee by claiming executive privilege. He’s also pressured allies to ignore the committee’s subpoenas and had a history of tearing up important documents.

In late March, a fed judge (who handed down a ruling about docs related to the Capitol riot) said that Trump “more likely than not…dishonestly conspired to obstruct” Congress on Jan. 6. (Which, BTW, is a crime.) And ordered certain docs from Trump’s lawyer be handed over to the committee.

But the phone records could be the tip of the iceberg. If Trump or someone in his admin deliberately excluded certain calls from the logs, it would go against the Presidential Records Act. ​​(Which requires any docs related to presidential duties be given to the National Archives.) It’s a crime to hide or destroy these records. And could lead to fines or even prison time. But Stretton said it all comes down to proving wrongdoing. “It's hard to prove theories of unofficial communication, unless you have them,” he said. “You would either need potential whistleblowers or witnesses that were at the White House or had communications with the president to come forward.”

In the meantime, some are already comparing this situation to Watergate. Quick refresher from high school history class: That’s the Nixon-era scandal where his admin was accused of wiretapping, stealing documents, and covering it all up. And exposed the abuses of power within the federal gov. But Stretton said it may be too soon to jump to that conclusion.

“With the Watergate example, it was clear there were portions of the tapes that had been deleted,” he explained. “To know for sure [in Trump’s case], it would be important to see if there were any earlier or unofficial call logs that had been edited before we got the current one.”

Regardless of what happens next, the fallout could have lasting impacts on the public. Short-term, Stretton highlighted the fact that "the American people aren't going to get a full, more holistic understanding of what exactly happened, the causes, and ultimately the response to January 6th.” And down the road, he's worried about the precedent this could set for future presidents. Potentially using burner phones or not documenting calls or visits. And shielding more from the public, which could hurt the nation.

“Transparency is one of the cornerstones to a democratic society. Being able to see how government officials make decisions, who they're talking to and help influence those decisions — that's really important,” Stretton said. “And not holding these actions accountable, really could set the precedent. And that's going to cause long-term harm to our democratic system.”

Successful relationships often rely on transparency. And while the gap in Trump’s call logs is speaking volumes, it’s sounding the alarm for communication issues between our nation’s institutions. If a president is hiding information and isn’t held accountable, it could become the government standard — leaving Americans in the dark.