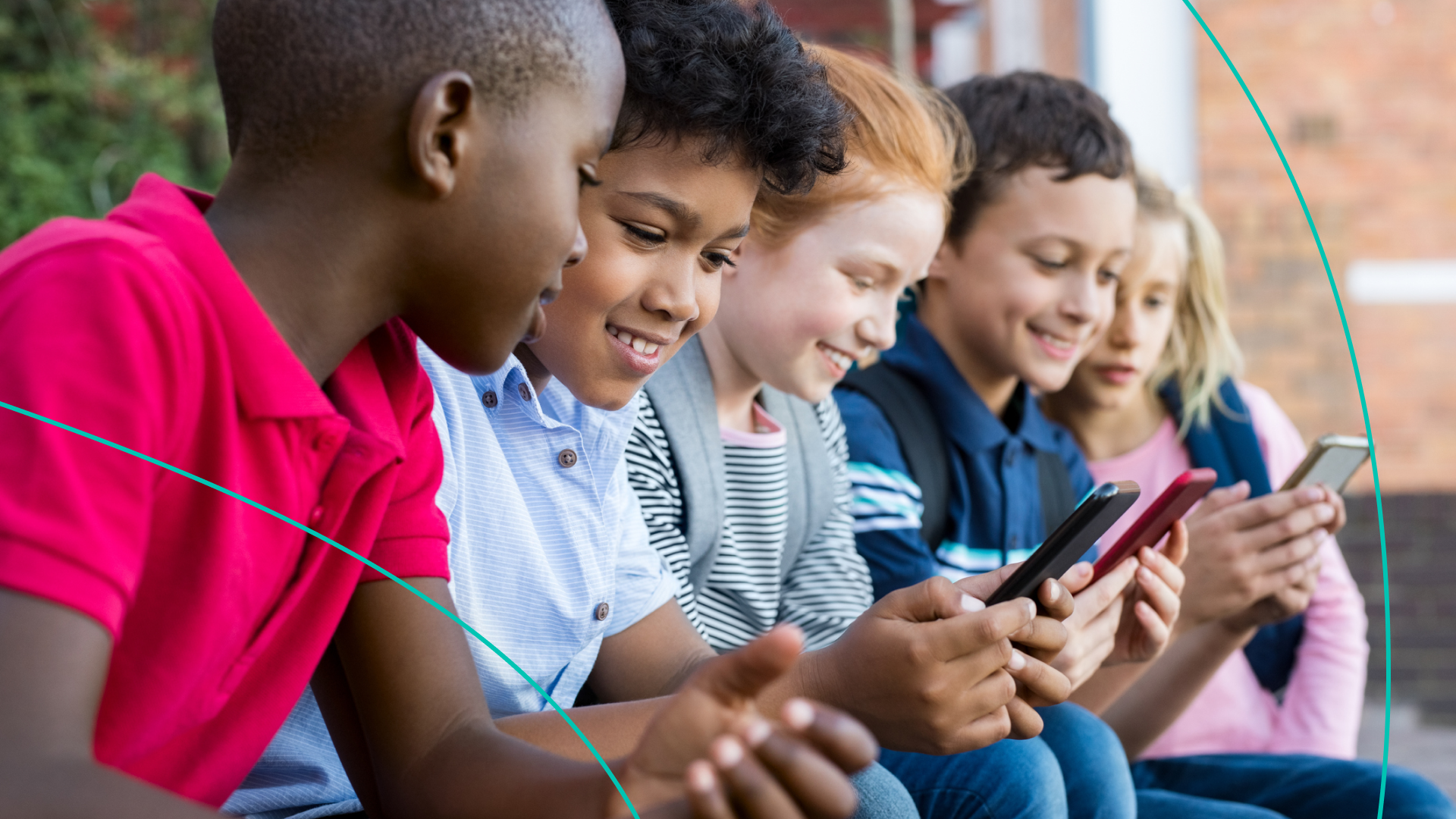 Most of our first cellphones only had texting (hey, T9) and calling. Back then, we thought playing snake on our Nokia was the coolest thing ever. Now, about 30% of kids 8-9 years old have smartphones. It may feel young for many. And some parents may be wondering, “What’s the right age for my kid to get their first cellphone?”

But making that decision isn’t just about their age. It’s also about their emotional readiness and maturity. Here’s what parents should know.

How to know if your kid is ready for a cellphone

Ultimately, getting your kid a cellphone is a family decision. There are several factors to consider. But to help get you started, here are 10 questions parents should think about:

1) How responsible is your kid?

With doing homework, making their own lunch, or completing their chores.

“It's a sign that they're more mature,” said Devorah Heitner, PhD, author of “Screenwise: Helping Kids Thrive (and Survive) in Their Digital World. “That they may be more ready to handle a phone, that they're ready to do things like plan.”

Kids who struggle to get things done on their own may not be ready. Parents should also consider if their kid takes care of other devices (think: a Nintendo Switch or tablet) before they buy a phone.

2) Do you trust your kid to be out independently?

For example, would you trust them to walk to school? Or meet up with friends on their own? Trust is critical when it comes to giving kids a phone, especially if it has access to the internet or social media apps.

3) Is your child good at setting boundaries with friends and classmates?

Because peer pressure is real, and it can be hard to resist in the digital world.

“[Having a] phone is going to bring additional pressures. So if they're not even withstanding the current pressure, maybe a phone would be a tough [addition],” said Heitner.

Peer pressure can come via social media challenges or even texting. For example, the FDA issued a warning after people started cooking chicken in NyQuil. No words.

4) Does your kid have strong impulse control?

This is important. It’s easy to say or post things online or in a text that kids may regret. (Ahem, this isn’t just a kid problem.)

What does your kid do when they’re mad? “Do they say everything that they're thinking, or are they able to stop and think about the impact it would have on another person?” asked Heitner.

Stomping away when they lose a game, for instance, may mean that they are not ready for additional impulsivity challenges. (More on impulsivity below).

5) Does your child show empathy for others?

“[Kids] have to remember there's another person on the other end of the screen. And that human being has feelings, whether we are commenting on social media or texting in a group,” said Heitner.

6) Is your child good at dealing with conflict?

What do they do when they can’t agree with a sibling… say, when picking a movie to watch? “If my child's like, ‘Well, let's flip a coin for it.’ That's great,” said Heitner. “If they have no strategies, and all they want to do is fight to the death, then I'm a little worried about them getting on a group text.”

7) Can your child handle (another) distraction?

You want your kid to be able to focus on a single task. Or are they constantly trying to multitask? If so, adding a phone into the mix may make it harder for them to focus.

8) Does your child know when to tell an adult that there’s a problem?

Parents want to make sure their kid knows when to communicate serious issues. Even if they don’t come to you.

“If they have a friend who's threatening self-harm [or] struggling with other mental health issues, that can be really important to be able to talk about,” said Heitner. The same goes if there’s bullying involved.

9) Are you ready to deal with the content your kid may see online?

Your kids probably already have access to the internet. But having it in their pockets is different. Heitner said parents should think about being ready to have difficult conversations with their kids. Whether it’s about sex, violence, or drugs.

PSA: Snapchat, Instagram, and TikTok have been under pressure to address the sales of illegal drugs on their platforms. That includes fentanyl-laced pills that have been linked to teen deaths. The DEA even released an “emoji drug code” so parents can be aware if their kids are trying to buy drugs online.

10) Who is your kid going to be in contact with on the phone?

Are they only using text and call? Are they allowed to get on social media? (Remember: most social media platforms restrict users to kids 13 and older). Will they have unrestricted search access on Google?

“You don't have to green light every social media app under the sun,” said Heitner. “And it doesn’t necessarily mean they should have 24/7 access to that phone. You could certainly take it at night.”

My kid is ready for their first phone… What’s next?

Don’t stress. Do plan. Here are some resources to help you prepare:

Experts say phone readiness is less about your kid’s age and more about their behavior. These questions should help you decide if your kid (and you) are ready. And remember: Even if your kid does get a phone, you can still limit their access and set up parental controls.