Are Video Games Actually Good for Your 9-Year-Old? 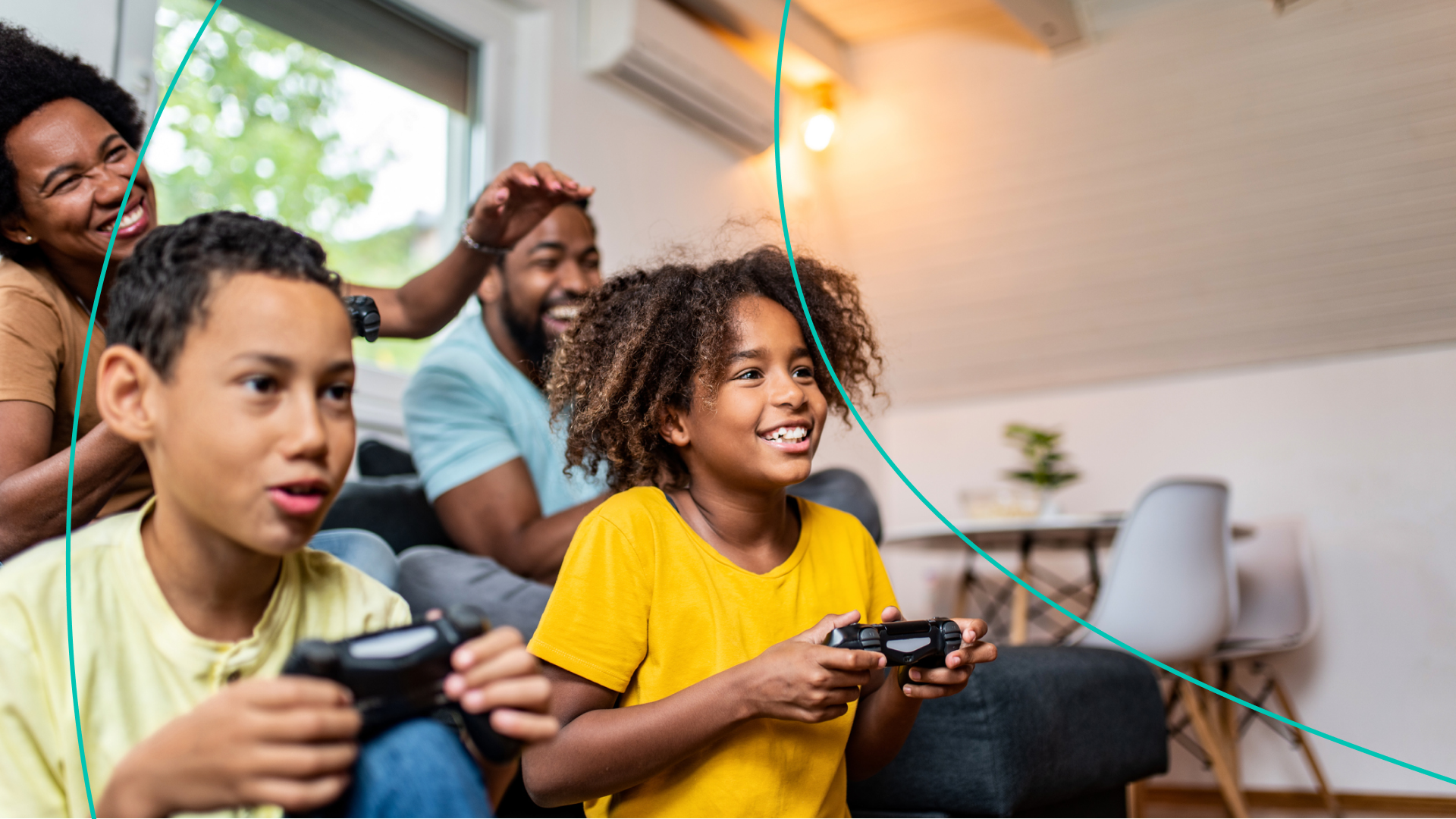 Looks like there may be some good that comes from kids playing video games for hours a day. *record scratches* Yep, we know. That goes against a lot of what we’ve heard about their negative impacts (think: increased aggression and violence). But a new study shows video games could lead to better cognitive performance in kids.

Researchers examined brain imaging data from more than 2,000 kids aged 9 and 10 years old. That’s the largest group of kids used in a video game study to date. Findings are positive. But overall research on video game impacts is mixed.

Ultimately, it’s up to parents to decide what’s best for their families, but this new study does provide more data to help them make decisions. Here’s what you need to know.

What does the new study say about video games and kids?

Kids who played video games for three or more hours a day did better on tasks associated with memory and impulse control. They also had changes in areas of the brain that are involved in working memory, faster reaction time, problem-solving, and attention.

FYI: The American Academy of Pediatrics recommends limiting screen time to two hours a day for older kids. The study purposely exceeded those guidelines to test for extreme amounts of gaming. This study doesn’t show a cause-and-effect relationship. But researchers will continue to gather data from the ABCD study, which provides brain imaging of these kids every two years.

The authors also emphasize that their findings do not mean that children should spend unlimited time on their computers, phones, or TVs. “Any physical activity is preferable over any screen time,” said Bader Chaarani, PhD, the lead author of the study and an assistant professor at the University of Vermont. “But video gaming may be better than TV watching, for example. TV watching is considered a passive activity, while video gaming is more active and it may have some cognitive benefits for children.”

What does other research say about the impacts of video games on kids?

Results are all over the place.

Studies have reported associations between video gaming and increases in depression, violence, and aggressive behavior. But a lot of those studies used small sample sizes. And there is growing research (including the new study) showing motivational, emotional, and social benefits from gaming.

There is also research that shows video games can be used as therapy and even medicine. In 2020, the FDA approved the first prescription video game treatment for kids with ADHD. The company is researching if it could also be a potential treatment for patients with COVID-19 brain fog.

Important: Video games could have both positive and negative impacts simultaneously (for example, better working memory but higher levels of anxiety).

How can parents use video games to benefit their kids?

“You can engage different worlds, you can problem solve, and you can try different things. It’s a great tool to be used if used appropriately,” said Anthony Bean, PhD, a clinical psychologist and executive director of the nonprofit The Telos Project.

Find the right type of video game for your child

Before you buy a new game, check its rating to see if it’s appropriate for your kid’s age. Common Sense Media has a list of selected games that are rated on quality and impact.

Bean says Nintendo games are the best ones for kids because they’re fun and challenging (for example: Pokemon, Sonic Frontiers, and Mario Kart). “It allows the child to go in and immerse themselves within the game and fail in a safe space,” said Bean. “[For] us to grow, we have to fail. No one does anything perfectly. Those [games] require a certain sense of balance, the ability to modulate your frustration, and the ability to push yourself forward.”

Then, be sure to…

Engage with your kids

Pick up that controller and play with your kids. It’ll help build a strong connection, which is important for their development.

If playing Pokemon isn’t your thing, you can still be involved. Show interest in their game by asking questions and praising their accomplishments.

Use time limits that work for your family

The AAP recommends limiting screen time to one hour a day for kids 2-5 years old and to two hours a day for older kids. But Bean says you should do what works best for your family.

Bean suggests parents monitor how their child responds. They may consider stopping if their child’s mood changes, or if they “become a little bit of a jerk.” Other signs: If they start to choose the game over playing outside or hanging out with friends.

Remember you’re the boss. You can set parental controls on all video gaming systems to limit what your kids buy, which games they play, and who they communicate with. Learn how to activate parental control features here.

Research on video games isn’t clear-cut. But it’s reassuring to see a new, large study show that they could have positive impacts on young kids. Experts say there are things parents can do now to help their kids reap the benefits of video games. It’s up to you to decide what works for your family.