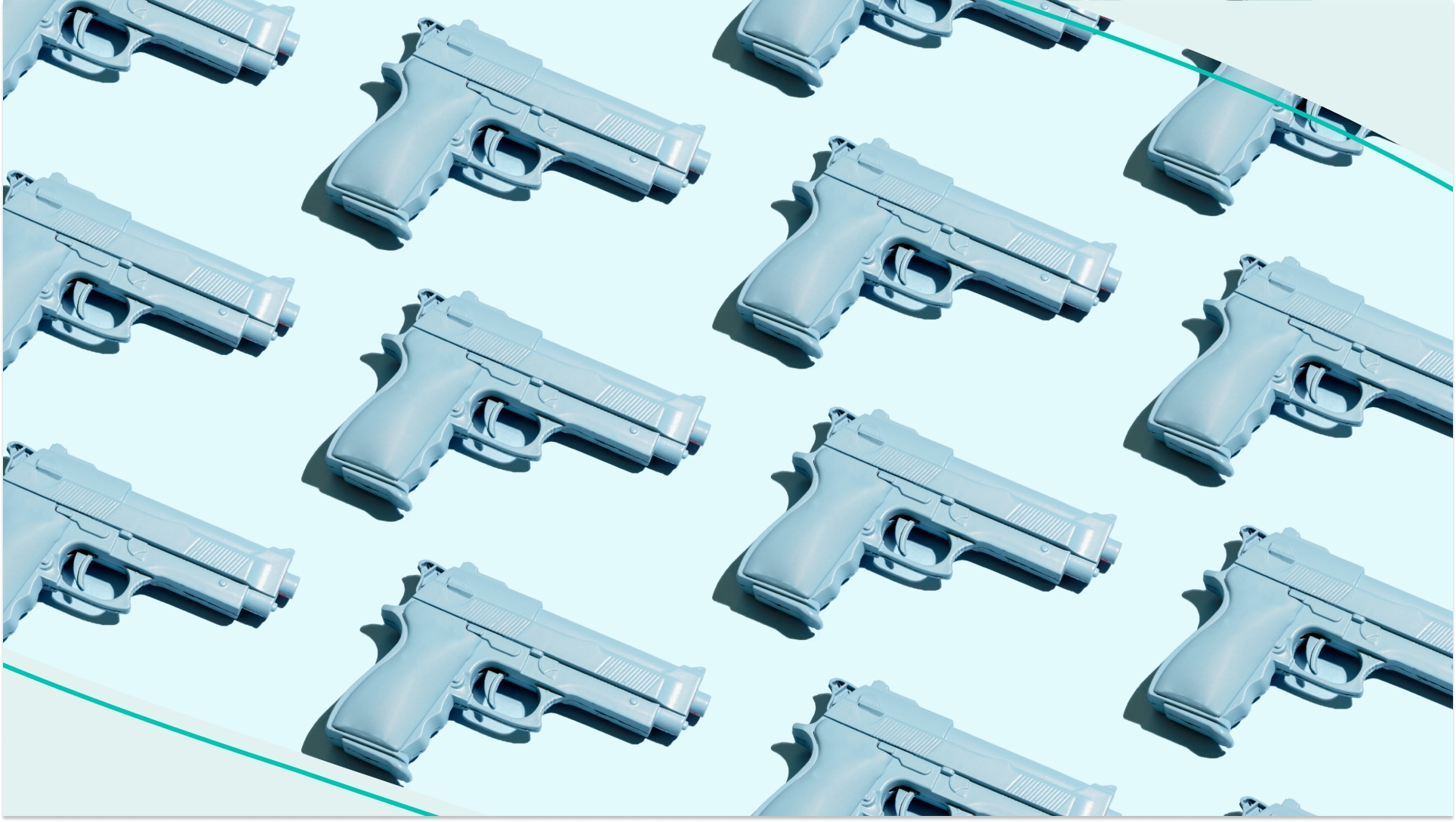 Yesterday, a CDC report found that firearm homicides jumped nearly 35% from the year before. It's the highest rate in more than 25 years. The leading cause of gun deaths remains suicide. But the rate of homicidal gun deaths is climbing. Black Americans — who are disproportionately killed with guns — saw a 39% increase in homicide deaths. To put the disparity into context, Black men and boys ages 10-24 were more than 20 times more likely to be killed with guns than white men.

What’s behind the spike?

The pandemic may have played a role. It brought along disruptions in services and education, mental stress, social isolation, and economic pressures. The CDC also found that counties with the highest levels of poverty had nearly five times higher homicide rates than those with the lowest poverty levels. But there are many theories to explain the uptick.

Some point to a spike in gun ownership during the pandemic. Criminologists, law enforcement officials, and health experts say that can happen amid heightened political tensions. Studies also show that higher rates of gun ownership bring more gun-related deaths. All of this comes as some gun control advocates are calling on President Biden — who asked Congress to pass measures to reduce gun violence — to prioritize the issue.

A growing number of Americans continue to die at the hands of guns, and Americans are demanding answers. But the country remains divided on a solution.

The Senate. Today, lawmakers are set to vote on a measure that would codify abortion rights into federal law. Earlier this week, Senate Majority Leader Chuck Schumer (D-NY) put the gears in motion to advance the Women's Health Protection Act. It comes a week after the leaked draft decision from the Supreme Court to overturn Roe v. Wade. Dems need at least 60 senators on board for it to be essentially filibuster-proof. Dems have a ‘yes’ from anti-abortion rights Sen. Bob Casey (PA). Sen. Joe Manchin (D-WV) is a ‘no.’ And with a 50-50 split Senate, the measure’s not expected to pass. But Schumer says the vote will expose “where each of us stands” on the issue.

…Oh and one thing the Senate can agree on: safety for SCOTUS’s family members. A bill expanding security to them passed unanimously after protests outside some of their homes. It now goes to the House.

PS: We spoke to Sen. Amy Klobuchar (D-MN) about the leaked draft SCOTUS decision. Check out a clip here. And stay tuned for the full interview tomorrow on ”Skimm This.”

Immigration and Customs Enforcement (ICE). Yesterday, a study found that the agency is capable of spying on the majority of people in the US — often without warrants. You read that right. A study from Georgetown found that the agency has spent billions on surveillance. And it’s apparently buying them access to private info: according to the study, ICE has driver’s license info on 3 out of 4 US adults. And has scanned one-third of all US adults’ driver’s licenses with face recognition tech. It can even track cars and find where most adults in the US live. Most of this gets around the need for warrants. And the agency even manages to go around California state law. ICE isn’t commenting.

Mario Batali. Yesterday, the celebrity chef was acquitted of indecent assault and battery. In 2017, four women accused Batali of sexual misconduct at the height of the #MeToo movement. Soon after, Batali's restaurant group and Food Network cut ties with the chef. Batali pleaded not guilty in a 2018 lawsuit trial centered around allegations the chef kissed and groped a woman while taking a selfie in 2017. But the judge said the accuser had “significant credibility issues” and acquitted the chef of all charges.

Lisa Cook. Yesterday, the Michigan State professor became the first Black woman on the Federal Reserve board of governors. Guess what’s top of the list to address.

PS: Here’s your reminder of how the Fed works. You’re welcome.

Which kids’ book author had some more words to share...