‘Abortion Is Essential, Whatever The Reason’: How Navigating 3 Separate Abortions Raised Unique Challenges

Larada Lee-Wallace has navigated two separate abortions. And is in the process of having their third. Here's how each one has exposed different barriers to access. 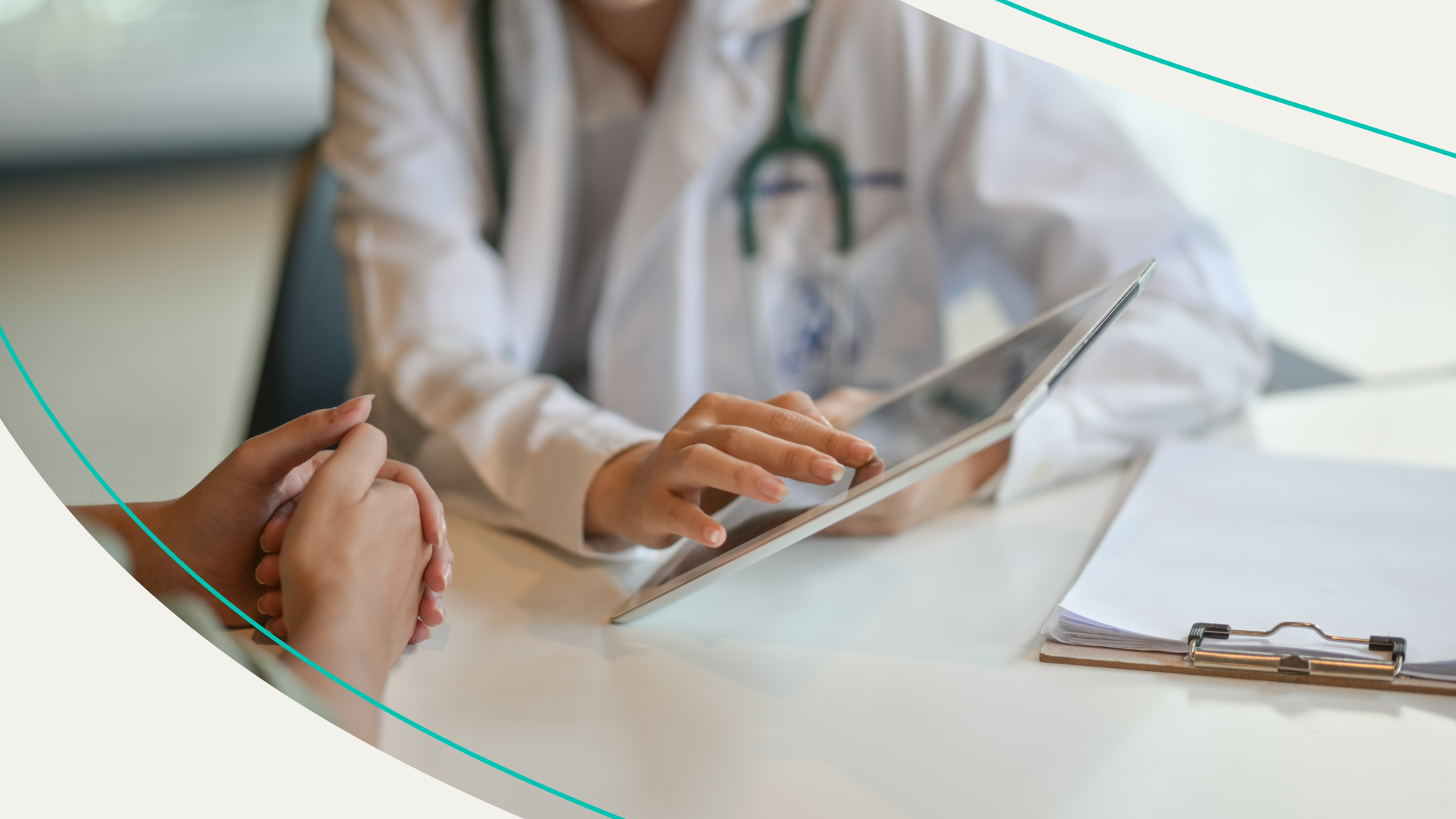 Across the country, many are in shock from the reversal of Roe v. Wade. Following the Supreme Court’s ruling, abortion access is expected to be severely restricted or banned in over half the US.

Now, abortion advocates and community organizers like Larada Lee-Wallace are speaking out and sharing their experience with abortion. The 21-year-old currently lives in Oakland, California. When we talked to them in late May, they were in the process of having their third abortion. They had their first abortion at age 19 in Ohio, where they were studying.

Larada said all of their pregnancies have been a result of failed emergency contraception. And they’re using their experiences to shed light on barriers to abortion access.

Navigating abortion access amid a pandemic and racial reckoning

“[With my first abortion], I knew I was pregnant when I missed my period by two days. My period has always come on the same day at the same time, since I was 11. So I just knew that I was pregnant, but I still needed that confirmation. I Ubered to the nearest grocery store and took a pregnancy test and it came back positive.

“Initially, I just knew before I even got off the toilet with the positive pregnancy test in my hand that I was going to get an abortion. But in the midst of that, it was also right at the height of the pandemic when states were getting shut down, instruction for classes was getting moved to online. We were in the beginning of that virtual era. In addition, the murders of Breonna Taylor and Ahmaud Arbery were making national headlines…Those were the things that I was reflecting on that helped validate and inform the decision I was already going to make at the time.

“I had been working with a reproductive justice org. And my boss — [and] friend — was also working with our abortion fund. She was on the board. When I found out I was pregnant, that was the first person that I texted before I could even get off the toilet. I said, ‘Hey, I'm pregnant and don't want to be, I don't know what to do.’ In addition to helping with funding — because I wasn't going to be able to cover the full cost of the abortion — [the org] also helped me figure out the logistics. I had scheduled an appointment with the nearest Planned Parenthood for my first appointment because you have to have a minimum of two appointments in Ohio.

“The first appointment was going to be my consultation at Planned Parenthood. I actually wasn't able to have that appointment…because the only doctor in the clinic called in sick th[at] day…I ended up going to the independent clinic [instead]. I had that appointment on a Friday. And because the clinic was closed on Saturdays and Sundays, I had to wait until Monday to get my abortion medication because there's a 24-hour waiting period after you get the state-mandated counseling which tells you how far along you are, what your pregnancy options are, and your chances of carrying to term.

“Emotionally, I was ready for it to be done. There was all this buildup around being pregnant and getting an abortion, and I'm just ready to be [not] pregnant because I had responsibilities. I was in school full-time, trying to make sure that I didn't fail my classes. [I was] trying to focus on my studies and also grappling with the new reality that we were in: living in a pandemic and living in an era where we have to stay at home.”

Concerns around finances, accessibility, and stigmas

“Getting an abortion is a time-sensitive procedure. I want to highlight that at the time the attorney general had also sent letters to abortion clinics and providers, urging them to stop providing non-essential abortions to preserve PPE for COVID…It was really just a time for our legislators to play political games with people's lives. They were exploiting COVID to try to stop people from getting and providing abortions. So that was also happening at the time, which added a lot of anxiety to the process because I'm like, ‘I hope that I'm able to even still get this in a timely fashion.’

“Then, we're also talking about costs. I was a broke college student living on my own…I had to reach out to our abortion fund — Women Have Options — to get the financial support.

“When I found out I was pregnant, even taking the pregnancy test on my own at home wasn't enough. I had to go to urgent care and know that I was pregnant. I go and immediately the doctor's like, ‘You're a brave girl coming out in the middle of the pandemic for a pregnancy test.’ Obviously, I'm not happy about the confirmation, so he comes back and [says], ‘I sent your prenatal vitamins to the nearest pharmacy, you got to go pick them up’...The doctor didn't [walk] me through [any other] options.”

Going through the second abortion in California with ‘crappy’ health care

“The second abortion was actually very surprising. I wasn't expecting some of the barriers that I experienced in California. But even in a proclaimed reproductive freedom state, [getting an abortion] is still dependent on who you are.

“The second time, I knew I was pregnant right away before I even [missed] my period. So I scheduled an appointment at a Planned Parenthood first. And they're like, ‘We don't take your insurance. So you're going to have to go somewhere else.’

“[Eventually] I made a call and was able to get the money for my abortion. And [I was able to] take my medication home…A few months later…I took a pregnancy test and it came back negative. So I thought I wasn't pregnant anymore.

“I [was going] to a work retreat almost three months to the day [of my abortion]. And I picked up something heavy. I [felt] this sharp pain in my uterus and in my lower back. I remember thinking, ‘This is weird. I wonder if my abortion is not complete’...I was in so much pain at that work retreat, that when I got home, I immediately went to the ER…and sure enough…my abortion wasn't complete.

“The second half of that process in getting those retained products out of my uterus, I was alone in the hospital. No one could be with me because of COVID. I was in a lot of pain and had a long recovery time. And I ended up getting an infection after that. That process was very traumatic. Even though, I felt very affirmed and supported in my decision. I still had to deal with crappy health care.”

The challenges for Larada haven’t stopped

“This one was also another process where I'm like, ‘Wow’...I found out that I was pregnant again very early. All of my pregnancies are a result of failed emergency contraception — whether it be Plan B or Ella.

“[As of late May], I've been pregnant for about a [few] weeks. This situation was a bit different because I definitely did take time to decide if I wanted to continue to carry my pregnancy to term or not. And I ultimately came to the decision that I didn't.

“It's hard for me to get an abortion. I can’t imagine what it's going to be like for people who are going to come here from out-of-state to get their procedures and care. I’m having to wait weeks at a time because certain clinics provide surgical [abortions] and some don't…If you only have clinics that either only provide surgical [procedures] once a week or not at all, then we're talking about really long wait times, or people who are not going to be able to get their care in a timely fashion or at all.”

How choosing to have an abortion has shaped their life

“My abortions have allowed [me] to pursue some of my life’s biggest hopes and dreams. All of my abortions have reaffirmed for me that abortion is essential, whatever the reason. The barriers that I experienced each time when trying to access abortion care reaffirmed my commitment to supporting other people who find themselves needing and wanting an abortion in any way that I can.

“As a young, Black, queer femme who hails from a low-income background, I share my story in hopes of diversifying the narratives around who is getting abortions and why. Because I am someone who belongs to a number of marginalized and oppressed communities, the first barriers to accessing care didn’t start with my abortion experiences but I’ve been able to make connections between that.

“My abortions were small parts of my life that had the ability to change the entire course of my life forever and I believe speaking about them in a way that is humanizing will help to destigmatize and recenter the conversations we have around abortion in general.”

On how they feel about a reversal of Roe v. Wade

“For me, it's devastating because there's also going to be states that may be reproductive freedom states. Where they're going to get a big influx of people who need that care. In addition to other people who already live there.

“I'm feeling a mix of emotions. I know that I'm going to be here helping people get the care they need…But I'm also really sad thinking about all of the worst-case scenarios and where people will be forced to carry pregnancies to term. Or people will die either by carrying pregnancies that could essentially kill them. Or seeking out desperate measures to get the abortion.

“I’m really sad for what's to come, but really focused on what my role in this is going to be in this work and making sure that people still get the care that they need, regardless.”

PS: theSkimm is highlighting other stories about abortion in this series. Check out a few of them here, here, and here.