Everything You Need to Know About the 2022 Beijing Winter Olympics, Skimm’d 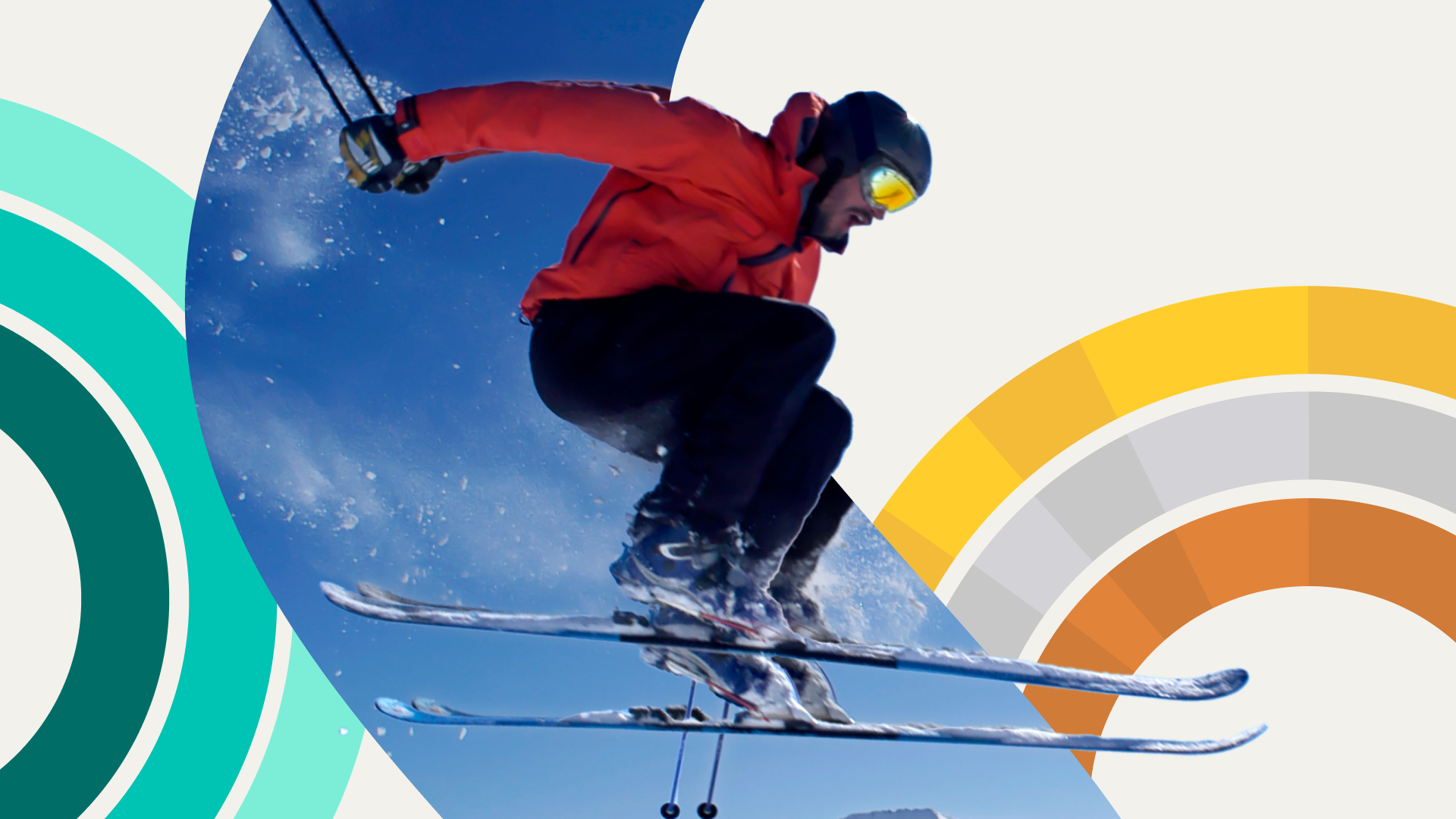 Cue the Olympics theme song: The 2022 Winter Games are here. It’s been about six months since the Summer Games went down in Tokyo. And now the spotlight is on Beijing. With the opening ceremony set for Feb. 4 at 6:30am ET on NBC and Peacock.

The games last until Feb. 20. And will feature seven new events (more deets below). But controversies are taking center stage. These are the second Olympics happening during the coronavirus pandemic. Meaning, restrictions are going to be tight. Plus, China’s record on human rights has the US and others giving Beijing the cold shoulder. So let’s get into what you need to know about the big event, including the new additions and environmental impacts.

Why This Year’s Winter Olympics Are Different

This isn’t China’s first Olympics rodeo. Beijing hosted the Summer Games back in 2008, when it was trying to grow as a star on the global stage. And who can forget that year’s opening ceremony? Ahead of those games, China faced boycott calls over its treatment of Tibetans. And concerns about air quality loomed over the country.

Fast forward to 2022: China’s now a major global power. And its capital will be the first city to host both the Summer and Winter Olympics. But it’s still facing a number of challenges around this year’s event that are the same but different.

In December, the US announced a diplomatic boycott of this year’s event. Which is a fancy way of saying that America won’t send gov officials to Beijing to attend the Olympics. And nearly half of American adults say ‘we support it.’ (But don’t worry, athletes will still compete.) Traditionally, the US sends delegations — like the VP or first lady — to the Games to show support. But the Biden admin is sitting this one out, citing “ongoing genocide and crimes against humanity.” Australia, Britain, Belgium, Canada, and Denmark quickly followed the US’s lead. Here’s a closer look at why these countries are saying ‘boycott’:

Beijing said boycotting countries would “pay the price.” But it's not clear what that means. Meanwhile, some lawmakers say the US’s decision doesn’t go far enough and called for things like a full boycott (meaning, no athletes as well). And for the IOC to stop China from playing host. Human rights activists have also been pressuring major brands like Coca-Cola and Visa to cut ties with this year’s event, which hasn’t happened.

Dr. Julie Garey is an assistant teaching professor of political science at Northeastern University. She said the US’s diplomatic boycott is “ineffective in part because it doesn't really pull American athletes out of competition and to do that would be punishing them anyway. It doesn't hurt China's bottom line [because] it doesn't prohibit companies from advertising or participating in the Olympics.”

Garey says that the US may have to look beyond the Olympics to get its message across about human rights. “I think that the US’s best option in terms of addressing the genocide in Xinjiang is through other diplomatic channels,” she said. “[For example], going to the United Nations…going to its allies and really pressing for more condemnation of what [China’s] doing.”

But boycotts are not the only issue the Beijing Games are facing. Cue: cybersecurity concerns. For years, China has deployed Big Brother-like tactics to keep an eye on people. (Think: using surveillance to monitor text messages, censoring the internet, using facial recognition tech to identify and fine jaywalkers.) Olympians have been warned that they could become victims of this too. And have been urged to use caution when it comes to using their tech while in Beijing.

Ahead of the Olympics, China’s been practicing a zero-COVID policy. Just like it sounds, the goal’s to have zero coronavirus cases. Beijing has implemented everything from lockdowns, mass testing, and extensive quarantines. But the country hasn’t been successful. Especially amid the rapid spread of the Omicron variant. Dozens of cases have already been reported among athletes and staff ahead of the Winter Games. And travel for the Lunar New Year also has officials on high alert.

One tactic that's being used to (hopefully) keep the Winter Games COVID-free is: The "closed-loop” system. Aka the bubble where athletes, officials, and anyone with a hand in the games will be staying. (Similar to the NBA’s bubble in 2020.) The system is split into three competition zones. And includes stadiums, conference centers, hotels, and a high-speed train system to transport people around the zones.

On top of those precautions, the general public won’t be allowed to get tickets. And foreign spectators aren’t allowed (so no family and friends in the stands for Team USA). But some locals will be invited to attend. Though the IOC hasn’t elaborated on who’ll get selected. Oh and people who are watching the competition IRL are being asked to clap, not cheer.

Meanwhile, NBC won’t be sending announcers due to COVID-19 concerns. And instead will have a team giving commentary stateside. The Netherlands and New Zealand also bowed out of the games because of the virus. So did North Korea — but the IOC suspended the country from competing anyway after it skipped out on the Tokyo Olympics.

The Olympic Athletes To Watch

Nearly 3,000 athletes will compete across 109 events. Including the seven new competitions added to the schedule (we explain below). Personalize your schedule of events here. If you’re sad Fantasy Football is over, you can create your own dream team of Olympic athletes. Or get into the Olympian spirit with some trivia. And get to know Bing Dwen Dwen — the official mascot of the Winter Games. Keep an eye out for the cheerful panda when you tune in to watch on NBC, Peacock, NBCOlympics.com or the NBC Sports app.

PS: theSkimm App gives you a heads-up on when big events — including Olympics medal events — are happening. So you never miss a beat. Download the app here.

Team USA is the largest ever for an Olympic Winter Games. With more than 220 athletes representing ‘Murica. So there are lots of names to keep track of across the dozens of competitions taking place. Here are some of the athletes going for the gold:

Figure skating. Nathan Chen’s a favorite to win gold. Especially since he recently won his sixth consecutive national championship. And Alysa Liu —  a two-time US champion — is expected to serve some serious competition. Oh and she’s only 16. Meet the rest of the figure skaters on Team USA, including the couples who’ll be breaking the ice (but in a good way).

Alpine skiing. If your only knowledge about skiing involves pizza and french fries (IYKYK), then get ready to be in awe. Mikaela Shiffrin is expected to add a fourth Olympic medal to her trophy chest. Also competing for a medal: Paula Moltzan, who’s making her Olympic debut. Check out the other names that’ll be hitting the powder.

Snowboarding. Chloe Kim made headlines for winning gold at the 2018 Winter Games in PyeongChang when she was 17. And another gold medal isn’t out of the question this year. Meanwhile, Shaun White is making his fifth Olympics appearance. And it’s expected to be his last one. He’ll also be one of the oldest athletes competing in his sport at age 35. Here are the other Olympic snowboarders that are hoping to make winning more than just a (half)pipe dream.

The Olympic Events Making Their Debut

Seven of this year’s medal ceremonies will be for new additions. It’s all in an effort to boost gender equality and representation at the Games. Let’s get into what viewers can expect:

Another new aspect at the 2022 Games: The artificial snow. The Beijing Winter Olympics are the first to virtually rely on 100% fake snow. It’s not exactly a surprise to professional winter sports athletes, who’ve competed in artificial snow at previous games. Still, there are some potential drawbacks to not having real fresh powder.

“The main complaint that people have with current artificial snow is that it becomes very icy, especially when a lot of people ski on it or if you're making snow in marginal atmospheric conditions,” said Peter Veals, a research assistant professor at the University of Utah. Veals also owns his own snowmaking business Quantum Snow.

Veals acknowledges that there is also an environmental concern with fake snow. “It uses not just a lot of water, but it also uses a lot of electricity,” he said. “Both of those things from an environmental perspective are pretty consumptive.” Case in point: Beijing’s going to be using an estimated 49 million gallons of water to make its snow. It’s a big number, especially in a country with water scarcity.

But while some are calling out snowmaking’s environmental impact, the issue extends beyond the snowmaking industry. “As we move forward, the key thing with everything that we do as a species is to power it with renewable energy,” he added.

The Olympics are a unifying event that brings countries together on a global stage. But the Games in Beijing are highlighting serious issues, from geopolitical tensions to ongoing safety concerns around the COVID-19 pandemic. It’s got the world watching the Winter Games in more ways than one.

PS: theSkimm App gives you a heads-up on when big events — including the major moments at this year's Olympics — are happening. So you never miss a beat. Download the app here.