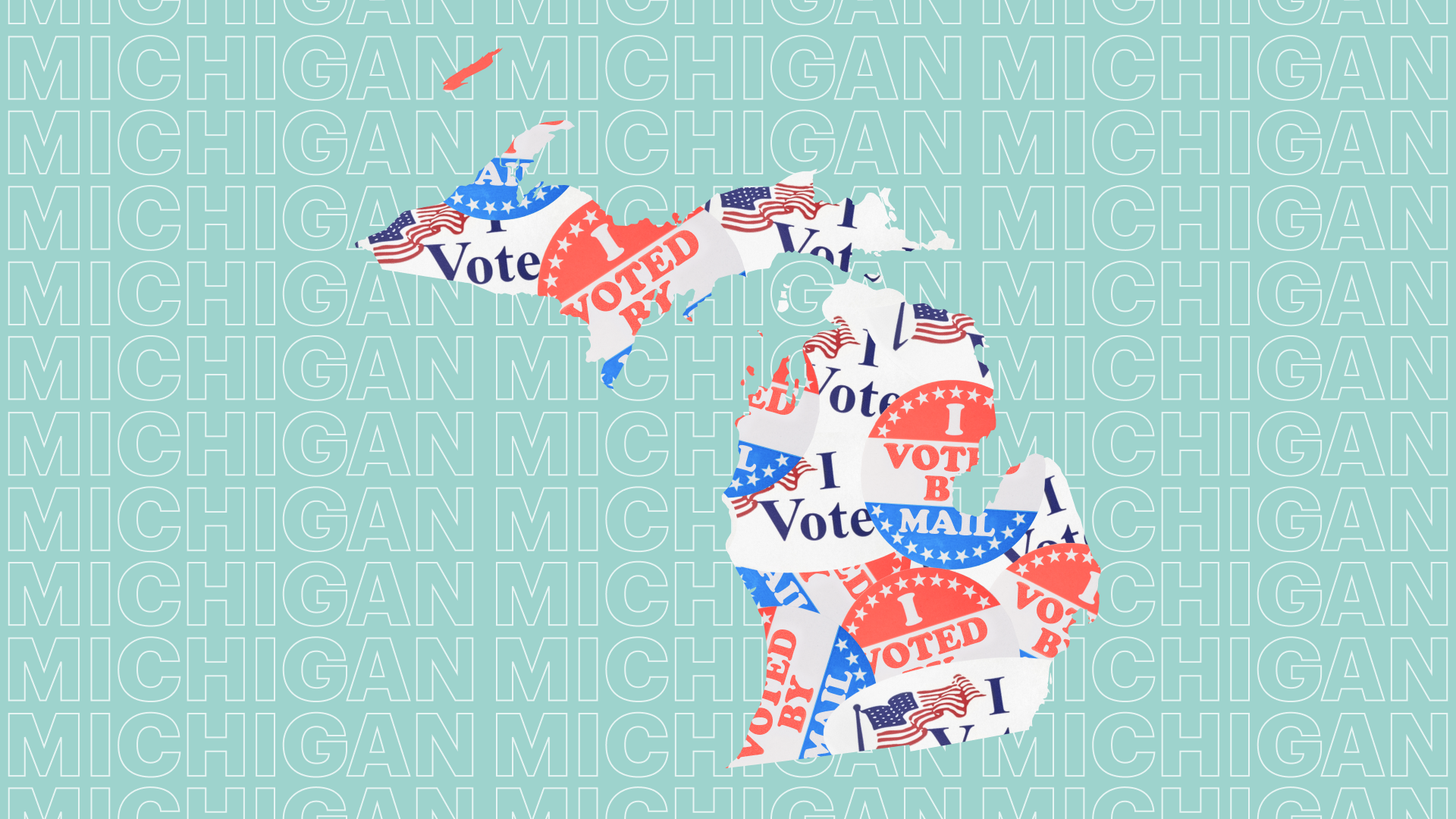 In Michigan, access to abortion and voting rights are on the state’s ballot (literally). And several of Michigan's midterm candidates are battling for the final say. Here’s what to know.

The state of Michigan

Back in 2016, voters were in favor of Making America Great Again and went red for former President Trump. But four years later, most voters said 'let's switch it up' and went blue for President Biden. In Congress, both of the state's Senators are Dems, while its House members are evenly divided. And that split is reflected at the state level, too. Dems control the executive branch (think: the governor and attorney general), while Republicans control the legislative branch.

But now, newly drawn congressional maps have created three swing seats in the third, seventh, and eighth districts. And the fate of these seats could determine if Congress stays blue or goes red after Election Day. Here’s what you need to know about Michigan’s major races – from Gov. Gretchen Whitmer’s run for reelection to a wave of candidates claiming 2020 voter fraud. Let’s dive in.

Here are the top races to watch at the state and federal level in Michigan. And here’s what each elected position actually does.

There’s a lot at stake this year. And the key way to make your opinion known on allllll of these issues, is to vote. And luckily, you have until Election Day to register to vote in Michigan. Find out more on what you need to register here.