She Was Ashamed Of Her Two Abortions. Now, She’s Sharing Her Story: 'I Know I Made The Right Decision.’

Over a decade ago, Stephanie had two abortions. But she's only just started to explore how each one changed her life. Now amid the reversal of Roe v. Wade, she’s sharing her story, including how she’s overcoming feelings of shame. 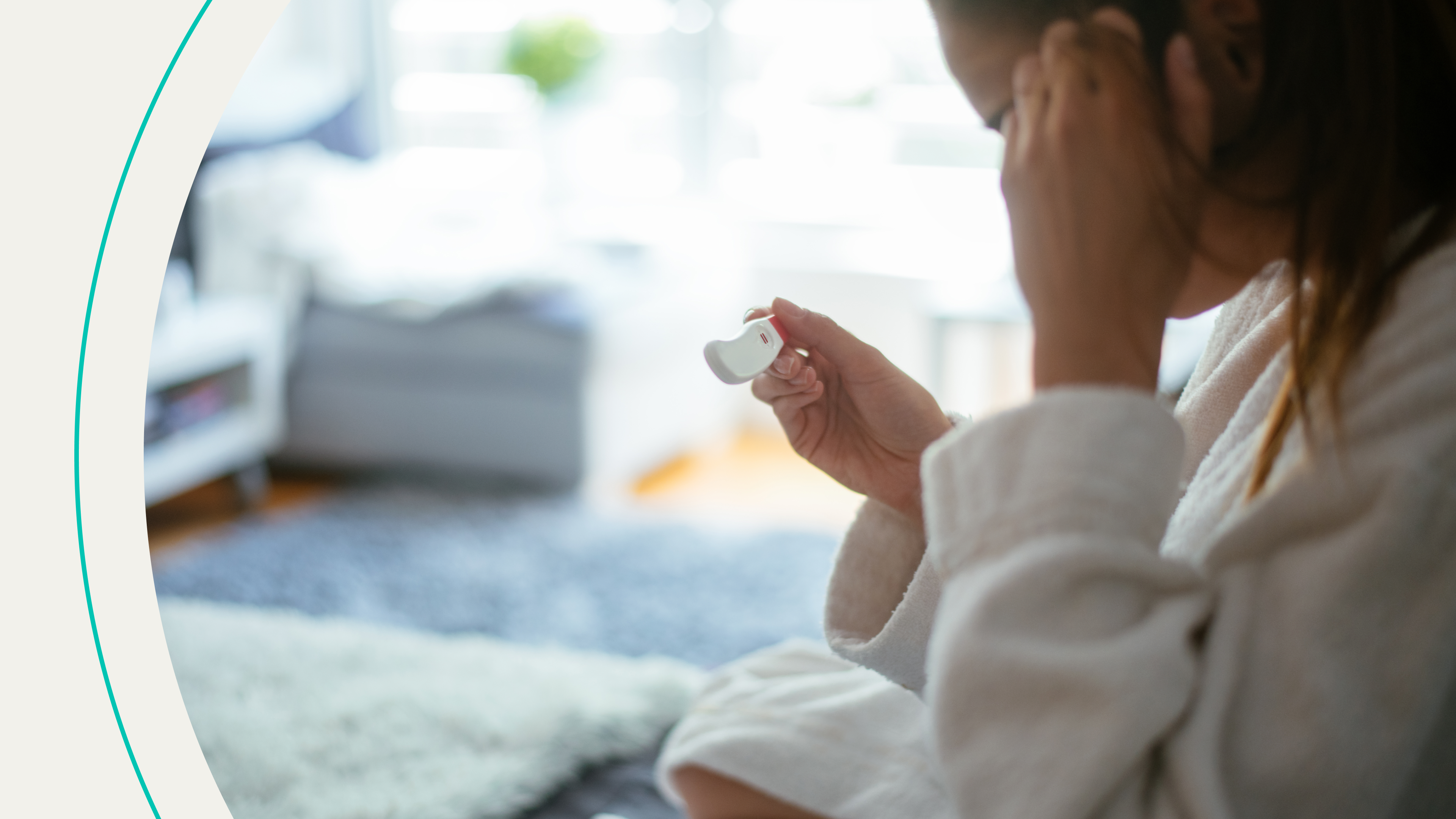 For nearly 50 years, women have had the constitutional right to an abortion in the US. But one ruling has changed that. In June, the Supreme Court reversed Roe v. Wade. And sparked a ripple effect on reproductive rights.

As abortion rights are at risk across the country, women are speaking out about their experiences with getting an abortion. Meet: Stephanie. She’s a 55-year-old who lives in Brooklyn, NY. By the time she was 40, she had one child. And her boyfriend at the time also had kids of his own. She knew she didn’t want to have another baby. So, when she found out she was pregnant she chose to have an abortion — the first of two.

“I have blocked a lot of that from my memory — all these abortion details — because I think I tried to bury it and not think about it,” she said. “It's only recently — because I told my abortion story to somebody — that the details are starting to come out.”

Now, Stephanie’s sharing her story with theSkimm. How she overcame feelings of guilt and shame. And how her abortions have shaped the person she is today.

Making the decision to have an abortion and feeling alone

“When [my boyfriend at the time and I] talked about it, it wasn't so much a conversation about the actual abortion. It was just, ‘Yeah, it seems like a good idea to get one because we don't have enough time or resources to take care of the kids that we have right now’...But what we didn't have was a conversation about how [the abortion] was going to happen, where I was going to go, would [he] go with me.

“I just felt really numb. I didn't have the sort of wherewithal to ask for these things, and my boyfriend wasn’t good at taking care of me. I didn't ask because I didn't think I would get that [care]. So I took care of it myself and went ahead and made an appointment. I went by myself. I don't think I told anybody. I may [have] told one friend.

“I just remember going to Planned Parenthood in downtown Brooklyn and not really knowing what it involved. Not knowing if [the abortion] was going to be very painful. And I also had this kind of embarrassed stigma and [fear]...I just had all this shame around it. Naively I thought, ‘does the government find out that you had an abortion? Do they put it in your record forever?’ I didn't know how it was going to be.

“I think my recovery physically was not bad at all…it wasn't really that painful and there wasn't any pain afterwards. But mentally I was really confused. My relationship was not very good…And then being a single mom and having to deal with my kid…I was looking back at some old photographs from when I knew I was pregnant at a birthday party for my son's friend. It was in the backyard and kids were running around, and I just looked sad. I remember the feeling of knowing that I was going to have to go get an abortion, [and] that I was pregnant right then. And there's all these kids running around you, I felt really emotional.

“There's no way I could've had two kids. It's hard enough to have one. So I knew that was the right decision.”

How a second abortion felt less lonely with support

“Then, I got pregnant again and with the same man. I was so ashamed — to me it was just unconscionable and irresponsible — even though I was on birth control. I didn't want to get another abortion. But I knew I didn't want to have a[nother] child.

“So then I had to go get another abortion and…I had this idea that somehow it goes on your permanent record that you had two abortions. It was with the same boyfriend and he was just as unsupportive. And he didn't pay for either of them. I didn't ask him to. There is a little bit of independence that I have where I said, ‘Okay, I'm going to take care of this myself.’

“At the time I was living with a friend of mine, I ended up telling him…He drove me to the abortion, and picked me up…He was supportive and kind.

“It was the same experience, the same place, and the [same] recovery, but the emotional part of it just from one person supporting you makes all the difference in the world. It really does. People going through it by themselves and not being able to tell anybody, I think it's really sad…To have someone take you, pick you up, and care for you in that way, it's just huge.”

How two abortions have shaped who Stephanie is today

“Telling [my abortion story] was so good for me because I think that it affects so much of my future relationships of sex. I basically never have sex anymore. And I've gone through menopause…I wonder if a little bit of the fear of getting pregnant [is] something that kind of holds me back.

“But the more I talk about it, the easier it becomes to talk about it, not hide it, and to see how it affects every part of my life. It probably affects my relationships. Like I don't even put myself out there. Right now, I'm single and I just don't have any desire to go there.

“Each time you tell your story, I think more of the shame [and the guilt] goes away…and you start to feel like you don't have this big secret. You feel a little lighter. It definitely is an unburdening to tell anybody, to tell someone.

“I don't feel embarrassed to tell that story to people that are my friends or my close people...My son knows now and he's 19…If my parents didn’t exist, I would feel comfortable telling pretty much anybody.

“I'm just super grateful for the opportunity to tell [my story]. I was very scared to tell it.”

What it means to have abortion rights on the line

“My life would've been completely different. I just feel so angry about all this. And that [abortion] could be criminalized or anything like that is outrageous to me. It makes me want to move to another country. If it happened now, and I could get pregnant and I needed an abortion, I would leave the country. I would go somewhere else.”

PS: theSkimm is highlighting other stories about abortion in this series. Check out a few of them here, here, and here.