The US's History of Abortion Rights Goes Way Back. Here's How it All Went Down. 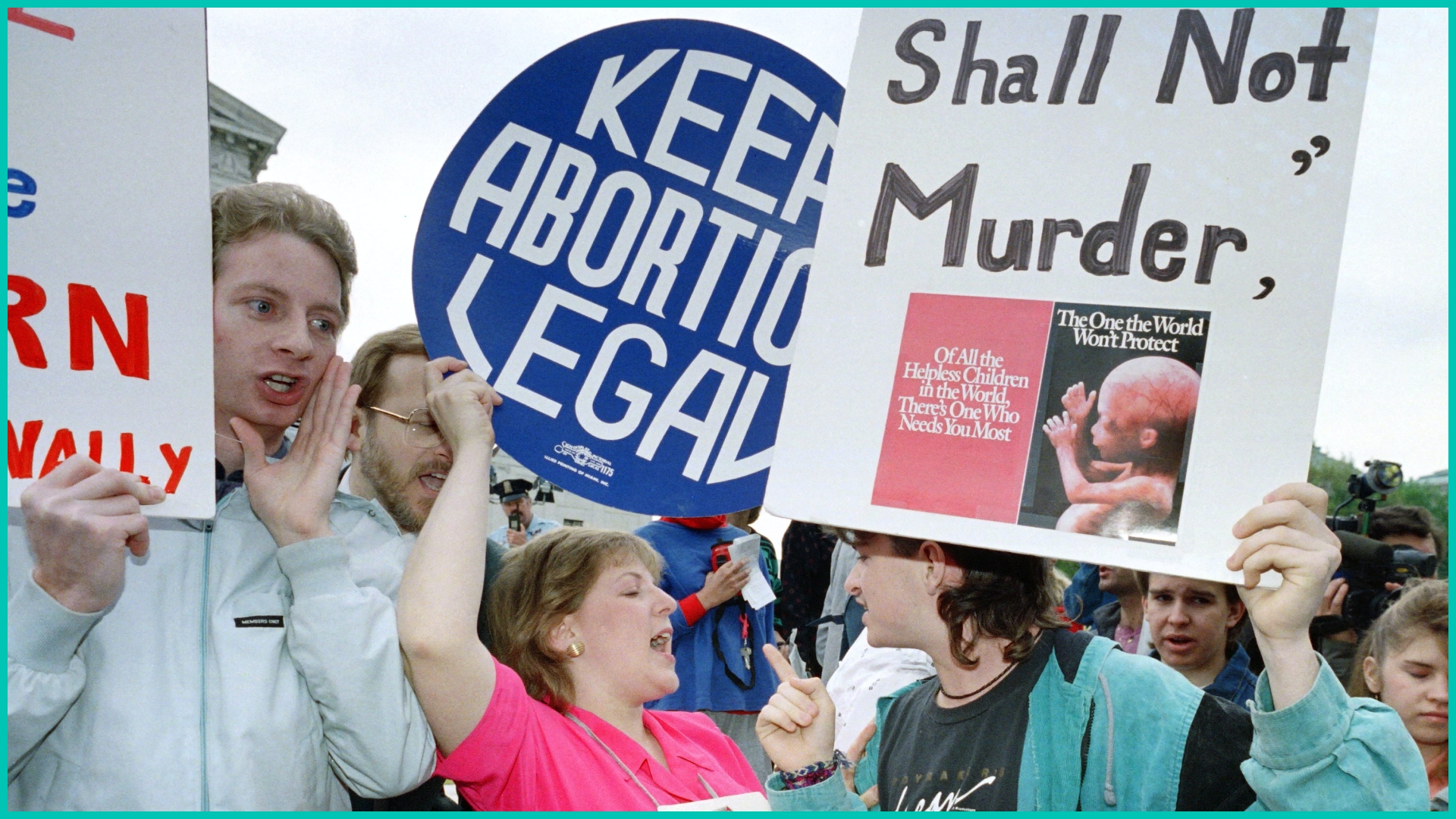 Editor’s Note: This article was updated on June 24 to reflect the Supreme Court’s decision to reverse Roe v. Wade

For decades, Roe v. Wade has been the law of the land for abortion rights in America. But in June, the Supreme Court overturned the landmark precedent. And eliminated the US’s constitutional right to an abortion. While this comes as no surprise — since a leaked Supreme Court majority opinion draft signaled the fall of Roe — it still shocked the nation. And left many feeling outraged and asking: How did we get here?

The start of abortion rights: The 1970s to Now

It wasn’t until 1973 that the Supreme Court ruled that women have a constitutional right to an abortion. Before that, the procedure was mostly illegal. Women still got them — but it was often dangerous, expensive, and required some women to travel far. And the stakes were higher for women who had no access to clinics. In some cases, women tried to induce an abortion on themselves by using coat hangers or consuming poison.

But some women pushed back. From the late 1960s until 1973, a group called “Jane” operated as a secret abortion network. They offered affordable abortions (about $100, compared to $500-$1,000). And took security seriously: Women had to leave a voice message on an answering machine, and a member of Jane would call them back. And some patients were reportedly led to the procedure location blindfolded. The group disbanded after Roe v. Wade went into effect.

In 1969, a Texas woman named Norma McCorvey (known as Jane Roe in later court documents) became pregnant and wanted an abortion. But Texas law only allowed abortions if the mother’s life was at risk. So McCorvey sued the Dallas County district attorney, Henry Wade. The case made it all the way to the Supreme Court, which ruled 7-2 that the constitutional right to privacy protects a woman’s right to an abortion.

But the ruling left a lot of the specifics up to the states, which have since passed laws that outline very different ways of handling abortion. Like requiring a minor to get a parent to sign off, requiring patients to get an ultrasound before having an abortion, or banning late-term (after about 24 weeks) abortions. Since then, abortion laws have faced many challenges, including…

Two doctors and Planned Parenthood sued the state of Missouri over its abortion measures. It included restrictions like requiring a spouse or parent (for patients under 18) to give consent to an abortion. The justices ruled that those restrictions were unconstitutional because it gave “absolute veto power” to a third party. Note: The court did uphold some of the state’s restrictions in this case, including that the patient has to give written consent.

Enter: the Hyde Amendment. It was first passed in 1976, and aims to limit federal funding for abortions under Medicaid. A pregnant Medicaid recipient named Cora McRae sued, arguing the amendment was unconstitutional. But the Supreme Court sided against her and upheld the Hyde Amendment. Saying that a woman’s right to choose doesn’t necessarily include “a constitutional entitlement to the financial resources to avail herself of the full range of protected choices.” Meaning: Even though a woman has a right to an abortion, it doesn’t always mean she’s entitled to money to pay for the procedure.

In 1978, Akron, Ohio enacted an ordinance that restricted abortion by requiring patients under 15 to get parental consent and implementing a 24-hour wait period, among other measures. The Supreme Court struck down the restrictions, arguing that many of them (see: parental consent and 24-hour wait period) make it difficult for a woman to seek an abortion.

In the 1980s, Pennsylvania passed a law that created hurdles for women to get an abortion. Like imposing a 24-hour waiting period and requiring married women to notify their husbands before getting the procedure. Planned Parenthood of Southeastern Pennsylvania sued the state, arguing the law went against the Roe v. Wade precedent. While the justices reaffirmed the 1973 landmark ruling — that women have a right to an abortion — it also upheld most of PA’s provisions.

In 2018, Mississippi’s Republican-led state legislature passed a law that banned most abortions after 15 weeks. Lower courts ruled against it, saying it goes against the Supremes’ precedent with Roe v. Wade. But Mississippi urged judges to overturn Roe, calling the ruling “egregiously wrong.” The case made its way to the Supremes. Justices eventually heard arguments in December. And suggested they were ready to discard the standard.

In May, a leaked majority opinion draft confirmed suspicions. In the draft, Justice Samuel Alito echoed Mississippi's court and wrote “Roe was egregiously wrong from the start.” And Justice Clarence Thomas plus all three of former President Trump’s appointed justices (Neil Gorsuch, Brett Kavanaugh, and Amy Coney Barrett) voted ‘yes’ to overturning Roe, according to the leaked doc.

One month later, Dobbs v. Jackson Women’s Health Organization was upheld in a 6-3 vote. And Roe v. Wade — a precedent that had been the law of the land for nearly 50 years — was officially struck down in a 5-4 ruling. President Biden called the decision “cruel” and said it took America back 150 years while calling on voters to protect their rights in upcoming elections.

In recent years, there’s been a renewed push to roll back abortion rights across the US. Here’s why: After former President Trump took office in 2016, he overhauled the nation’s courts by appointing dozens of conservative judges. Including three to the highest court there is — the Supreme Court.

The infusion of more conservatives in the judicial system led to a push by red states to pass restrictive abortion bills that lawmakers hope will be challenged in court. The goal: bring this fight to the Supremes at a time when the court has a conservative majority. And may be more likely to overturn Roe v. Wade — which is now the case.

Roe v. Wade has faced many challenges since its inception. And now it’s been struck down by the highest court in the land. Another marker has been added to the history of the US’s abortion timeline. And while some are celebrating the Supremes’ ruling — others are gearing up to continue the fight for a woman’s right to choose.