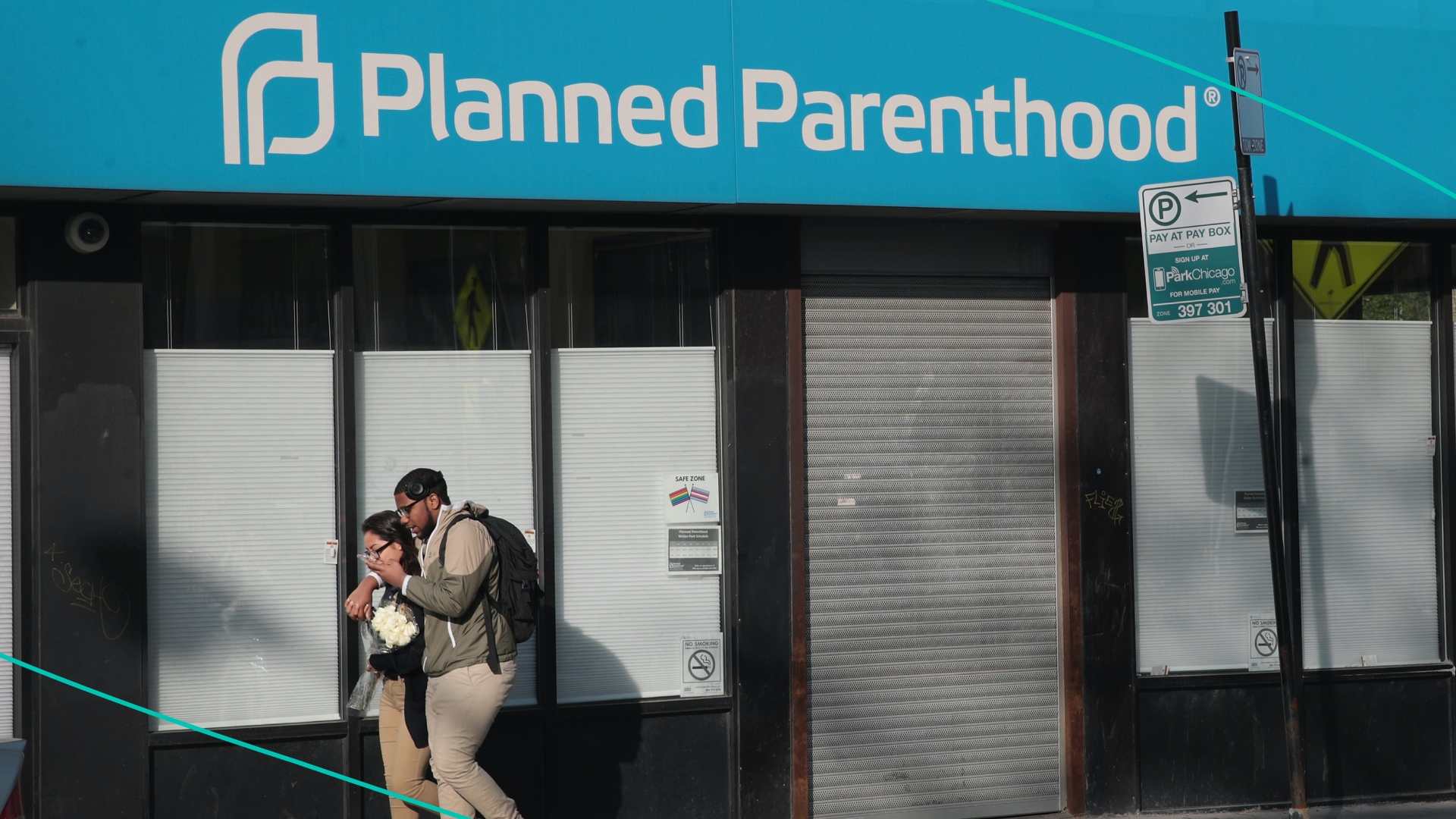 ‘The Post-Roe Universe Is Worse’: An Illinois Abortion Provider On The Impact of Roe v. Wade’s Reversal

The Supreme Court’s decision to overturn Roe v. Wade triggered a series of abortion bans across the country. But at least 16 states and DC are protecting access to the procedure. Including Illinois. The so-called “safe haven” state shares a border with three states that have banned abortion: Wisconsin, Kentucky, and Missouri. And on Sept. 15, Indiana’s expected to join that list.

Since Roe’s reversal in June, Illinois has been managing an influx of patients from its neighbors. But also from Southern states like Texas, Mississippi, and Louisiana. Dr. Amy Whitaker, the chief medical officer at Planned Parenthood of Illinois (PPIL), is among the many abortion providers in the state. Now, she’s sharing what it’s been like to navigate a post-Roe America.

How did you become an abortion provider?

“I graduated college without a real clear plan of what I wanted to be when I grew up. I did social work for a while and decided that wasn't what I wanted to do. And so I dropped everything and drove around the country for almost a year. I thought at the end of that trip I was gonna be like, 'Everything is clear. I know what I wanna be now.' And it was not.

“Then, I was just sitting in my dad’s law office one day, helping him out. And I read an article in Rolling Stone magazine — it was like 1994 — about how there was a shortage of abortion providers. At that point, it was really the beginning of abortion providers having violence against them. I thought, ‘That is something I can do.’ I toyed around with the idea of being a doctor previously. But once I had it in my head that I wanted to be a doctor so that I could be an abortion provider, everything just took shape.”

What was your reaction to the Supreme Court ruling overturning Roe v. Wade?

“In September 2021, when the Supreme Court let the Texas law SB8 go into effect, we all knew the writing was on the wall. So, [PPIL] made a lot of plans. Anytime I see an article that says people are scrambling, I'm like ‘It's not true. No one's scrambling.’ We had to wait until [the ruling] happened to put our plans into effect, but we've had the plans. It's amazing how being so prepared, having so many logistics lined up, knowing something's gonna happen, and being logically ready for it, does not make you at all emotionally prepared.

“I cried all day, and I don't think I went to any meeting that day where there wasn't at least one person who was crying at work. It just felt like such a blow, and the time to react was so quick for the states [that] were overturning abortion. Wisconsin had to stop seeing patients that very day, there was no buffer at all. We [had more than] 700 calls from out-of-state patients in our first week after Roe was overturned. And before Roe was overturned, we had about 100 per month.

“The quickness with which states were able to respond and ban abortion added to how much it hurt. And how sad it is to see patients and know how hard they've had to work and how far they've had to travel for something that two weeks earlier they could have gotten in their own state.”

How did Planned Parenthood of Illinois prepare for the anticipated overturn of Roe v. Wade?

“In the past four years, we opened our Waukegan Health Center, which is very close to the Wisconsin border. [And] we opened our Flossmoor Health Center in part because that was a high need area within Illinois. But also we picked the exact location because it's very easy to get to from the highway coming from Indiana.

“We've also done proactive approaches in terms of increasing access by changing the way we provide medication abortion. A few years ago, all medication abortion patients had to come into the health center for one visit, and then they would have to come back for another visit by ultrasound. Now, we've basically moved to a point where if you qualify, you can do everything by phone and have the medicines mailed to you.

“We've done that not just because patients want it, and it's a good thing for patient experience, but we've been quick and strategic about getting those things implemented in order to help us ramp up our volume and ability to see patients.”

As a so-called ‘safe haven’ for abortion, how have things changed for PPIL following Roe’s reversal?

“Numbers wise, we have seen a change from about 5% of our patients being from out of state to nearly 30%. We've seen 10 times as many people coming from Wisconsin. Fifty times as many patients coming to us from Ohio. And of course, we had already been seeing patients from Texas for almost a year since SB8 passed.

“It really does change the mood of the clinic when there's so many people coming from out of state — and there's more logistics. How are you gonna follow up if you need a follow-up? Abortion is safe, but that doesn't mean that you never have any kind of complication or need a follow-up. They're afraid to get health care in their own states. Even though what they've done in coming to Illinois and having an abortion in Illinois is legal, they’re afraid to go home.

“Also, not everybody has the resources to travel for abortion care. The ones who aren't gonna be able to travel or who are gonna take on the biggest burden are people who are already facing immense barriers to health care: Black people, Latinx, Indigenous folks, disabled people, young people, immigrants.”

What are the challenges of working in a post-Roe America?

“It does make the job itself harder when you are seeing people who had to work harder and undergo so many hardships — maybe even had to lose their job in order to be able to get the time off to come [get an abortion]. It’s more emotionally draining than it's ever been. All my life that I've been an abortion provider, people will say, ‘Oh, that job must be so hard.’ And I always push back. I love my job, [and] my patients are incredibly grateful.

“I will say since Roe has been overturned, it feels sadder, more frustrating, and it makes me mad more often. The pre-Roe universe wasn't perfect, but the post-Roe universe is worse. Then, I also feel really empathetic towards those providers — many of whom are my friends — who are so capable and committed and are yet not able to do the job they love.”

How do you handle anti-abortion rhetoric?

“The rhetoric about abortion providers and Planned Parenthood is just so wrong that it doesn't really bother me that much. I mean, go ahead and think what you wanna think. It's not true. What really bothers me is when anti-abortion protesters make patients feel shame. I feel like the protestors are out there and they’re shaming my patients who didn't sign up for that. I signed up for this, go ahead and yell at me, but don’t yell at the patients.”

How can people support abortion providers?

“The main thing is to talk about abortion, acknowledge what an important part of a lot of people's lives it is, and not be afraid to talk about it and to share your story. For patients who've had an abortion, I’d love it to be less stigmatized. It's normal health care, and we should talk about [abortion] as it is being attacked and taken away from people.”

PS: Here’s how another abortion provider is remaining committed to her patients.