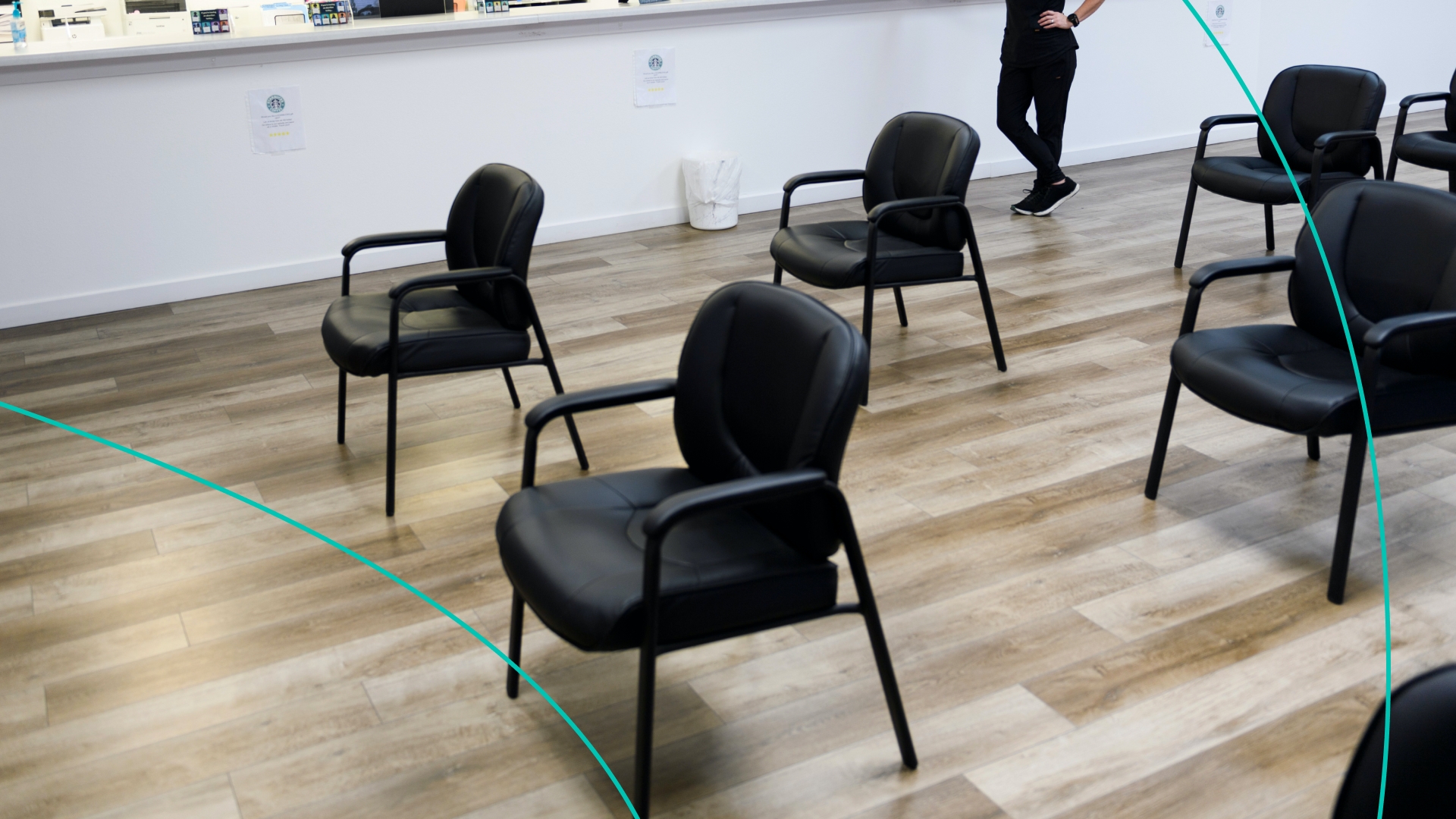 'Geography is Now a Privilege': An Abortion Provider on Life Post-Roe

Access to reproductive health care is almost entirely dependent on where you live. And that’s impacted abortion providers like Andrea Gallegos. In May, Gallegos spoke to our “Skimm This” team as the executive administrator of Tulsa Women's Clinic in Oklahoma and Alamo Women's Reproductive Services in San Antonio, TX. Post-Roe, those clinics have closed due to restrictive abortion bans in those states.

While the law of the land has forced clinics to shut down, Gallegos and her colleagues have remained committed to providing abortion services. That meant opening up a new clinic in Albuquerque, NM, in August. And another in Carbondale, IL, slated to open in September. Now, Gallegos is sharing what it’s been like to pick up and move across state lines and what it means for patients.

How did you become an abortion provider?

“My father is a physician and has been doing abortion work [for decades]. He was a resident in medical school pre-Roe v. Wade. He had a longtime OB-GYN practice in San Antonio. He knew in residency that abortion work needed to be a part of the services he offered. He was really passionate about full-spectrum reproductive health care.

“I've grown up talking about abortion and having an understanding of the restrictions — primarily in Texas — for both patients and providers. I've always been passionate about reproductive justice and health care and was lucky enough to come on board to help him out with his clinics.”

The last time theSkimm spoke with you was back in May before the Supreme Court’s reversal of Roe v. Wade. What was your reaction to that ruling?

“We knew what the outcome would likely be. But we did not expect it on the day that it happened. One of our goals always was to remain open and provide care as long as we possibly could. The day of the decision on the Dobbs case, we had a room full of patients that morning at our San Antonio location. We had already stopped [abortion services] in Oklahoma because of state legislation.

“It was an incredibly hard day to have to explain to patients what had just happened. Our primary goal was to make sure patients were okay and give them resources for what they could do that day and for the foreseeable future. It was emotional for everybody involved.”

What’s it been like to have to close abortion clinics in Oklahoma and Texas?

“It's been bittersweet. It was also incredibly emotional — the nature of packing up both locations. In Tulsa, we were offering sonograms to anybody that wanted to come in after the legislation in Oklahoma had passed [in May]. We had already stopped having full waiting rooms, but we had staff there. We did have some patients show up for ultrasounds, and then it was just counseling them about their options. Eventually we decided to stop.

“When the decision went through in June, we determined there would be a closing process [for the Texas clinic]. That process of having a full waiting room, to a few people coming in for ultrasounds, to it being completely empty was hard. The grieving process for all staff was pretty real. We all feel it’s incredibly dehumanizing to ask anybody to have to travel state lines to receive health care. It's really hard to accept that that's where we're at.

“I'm from Texas, born and raised. I disagree with a lot of things Texas stands for, but Texas is still home. I definitely have been passionate about the community, especially in San Antonio. It's hard to feel like, ‘Are we abandoning the community, the state?’ If we stayed here, we could give practical support, ultrasounds, counseling, and help people figure out where they needed to go next. But we ultimately couldn't provide access to abortion.”

“[Before the SCOTUS decision,] we talked about ‘What happens if Roe falls? What are we going to do? What can we do?’ Albuquerque, New Mexico, and Carbondale, Illinois, were options that we had been discussing, visiting the locations, trying to find new clinic spaces that would work, talking to staff who might be willing to relocate and doctors who might be able to still provide abortions. Those conversations were happening as early as March or April.

“We knew we had to hold out as long as we could and stay in the fight. That meant staying open as long as we could in both Texas and Oklahoma. And then it meant being a part of the legal fights. There was a lot that went into that process, even though a lot of it felt like we were in limbo.

“Now, in these two new states — Illinois and New Mexico — we can [provide abortions]. Focusing on that has been really important for the process and coming to terms with what it is: patients are having to travel out of state and so are providers. This isn't like a dental office closing down, where the staff can just go and get a job at another dental office down the road. This is every clinic in the state can no longer provide [abortions]. And if you wanna keep doing that work, you have to leave the state.

“We're very fortunate that we could even make this move. The locations were picked strategically. San Antonio to Albuquerque — again, while awful to even ask somebody to travel that far — is doable and it may be a viable option. The same for Carbondale. In Tulsa, it's about a seven-and-a-half-hour drive to [Carbondale]. Again, it’s crazy that that's where we're at, but it is. We very much wanted to still be a resource for both Texans and Oklahomans, but still be able to expand that to others that are going to have a hard time finding access.”

What challenges are patients facing in order to get an out-of-state abortion?

“It's money, it's time. To be able to pick up and leave for a health care procedure is hard for anybody. We know these bans don't stop abortion, don’t stop the need for them. But we also know that they disproportionately affect minorities, Indigenous women, and pregnant people of poor socioeconomic statuses. And that’s because these laws add more burdens by forcing someone to travel.

“We know many patients will be able to travel and will make it happen no matter what. But it's the patients that won't be able to make it happen that I worry about. How do we help that person? Why should that person's access be any different than the one who can travel? To think that geography is now a privilege — I don't know that we've ever really thought about that.

“In the first week of being open in New Mexico, our very first day we had 15 patients show up for their appointments. Two were from New Mexico, two were from Oklahoma, and the rest were from Texas.”

How can people support abortion providers?

“After SB8 in Texas [which took effect in Sept. 2021], there was a tremendous amount of support that came flooding in through a simple postcard from somebody in New York or anywhere that said they stood with us. We saved every single card and displayed them. We got them in Oklahoma as well because we were receiving so many Texas patients after SB8. It really spoke to the fact that while we so often don't hear people freely talk about supporting abortion because of the stigma, it did a lot for everyone to get a simple note.

“Then, we gotta talk about abortion. We gotta say it. We need to talk about how common it is. We need to encourage anyone who has a story to share — whether it was their own personal abortion or someone else's abortion that impacted their lives. The more normalizing we do as a community, as a country, I think we could change the narrative.

“And voting, that's the most important thing we can do. Especially when the majority of us believe in the right to abortion access. We need to make sure our elected officials from local, to state, to federal feel the same way too — and will do something about it.”

PS: Here's how an Illinois abortion provider is managing the influx of patients to the "safe haven" state.