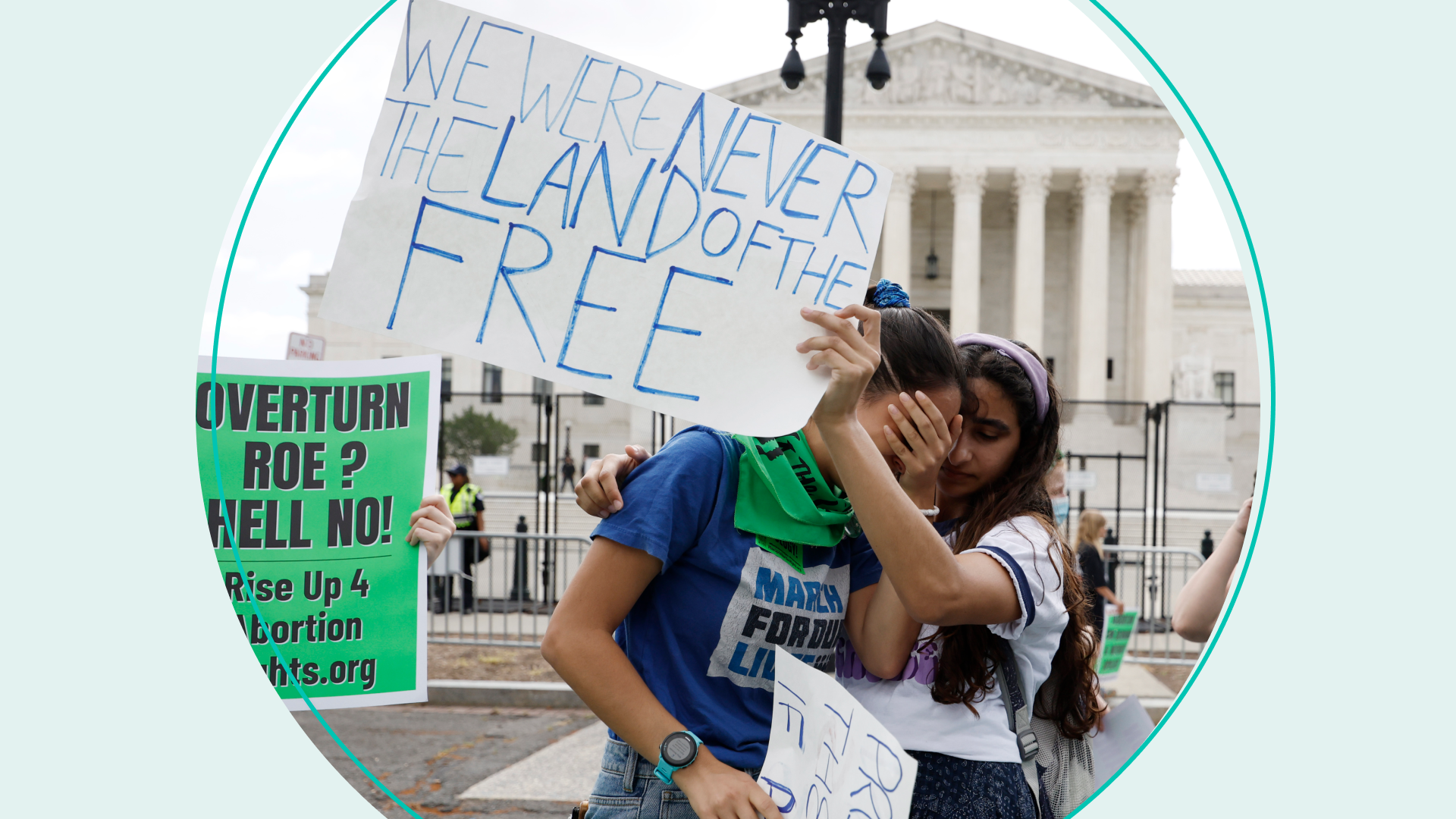 The Supreme Court has overturned the constitutional right to an abortion — reversing a decades-old law. While many saw this coming in May after the draft opinion leaked, the ruling is still sending shockwaves across the country.

Now, as many Americans figure out how to proceed without the precedent, theSkimm spoke to organizations working to provide access to safe abortions. And asked: What is your org's plan now that Roe v. Wade has been overturned? Plus, what does this mean for women living in states where abortion is suddenly banned? Here’s what they had to say…

Planned Parenthood: “There will be people who do not get the abortions they need.”

Planned Parenthood was founded long before Roe took effect. And while their mission has evolved, it has stayed the same in many ways — with or without Roe. That includes “making sure people have access to the information and resources they need to make decisions about their bodies, lives, and futures,” Planned Parenthood’s CEO and president Alexis McGill Johnson said. Whether that’s offering birth control, STI testing and treatment, cancer screenings, sex ed, and (where possible) abortions.

Now that Roe is gone, the org is doubling down on its mission. “In the immediate, we are expanding our patient navigation efforts and building capacity for health centers to see more patients in states where abortion access will remain legal,” Johnson said. Patient navigators help patients throughout their abortion access journey. Including getting funding, travel resources, transportation, and accommodations.

Johnson also cautioned that a nationwide ban on abortion won’t stop people from trying to get abortions. Planned Parenthood expects a spike in demand for abortions in states where it is legal. In those places, “Planned Parenthood affiliates and other providers are shoring up capacity so they can provide the care patients will need,” she said.

But Johnson said those efforts will not be enough. “There will be people who do not get the abortions they need,” she said. Before Roe was overturned, people already had to overcome obstacles for care. Like finding resources to travel, taking time off work, getting childcare — all of which will be worse now, Johnson said. Especially for women of color: Black women statistically make up nearly 40% of US abortions, per the CDC. Women of color also have a greater chance of facing poverty and racism in health care, compared to white women.

“It’s no coincidence that these bans will specifically harm the people who are struggling to make ends meet while navigating the systemic racism that’s present and pervasive in nearly every facet of life,” Johnson said.

Her advice for how women can protect themselves: “This may sound obvious, but make sure you’re practicing safer sex,” Johnson said. “Talk to your doctor about birth control and what methods may be right for you. Find out the closest state likely to maintain access, and be a resource to family and friends.” For up-to date info on where to get abortion care, she recommended looking here.

ACLU: Fighting “to defend the right to abortion care.”

For the American Civil Liberties Union (ACLU), their focus has long been on working with courts, legislatures, and communities to protect Americans’ constitutional rights. And according to the org’s Senior Policy Counsel Jessica Arons, the SCOTUS ruling falls right in their wheelhouse.

“The ACLU argued Doe v. Bolton — the companion case to Roe — before the Supreme Court in 1973. Within five years of the Roe and Doe decisions, the ACLU filed more than a hundred lawsuits to ensure states complied with the Supreme Court’s rulings,” Arons said. And the organization “continues to play a leading role in the fight to defend the right to abortion care and to ensure that right is a reality for every person.”

For them, the focus will be on policy. They plan on filing lawsuits “alongside abortion providers and partners to prevent bans from taking effect. We're also working to pass ballot measures in Michigan and Vermont that would amend the state constitution to protect abortion, as well as fighting to stop measures aimed at taking away abortion rights in Kansas,” Arons said.

And as the fight for abortion access transfers to the states, the org will focus on educating voters “about state Supreme Court judges who will uphold protections for abortion rights under their state constitution,” Arons added.

Arons' advice for how to get involved: Talk to loved ones about why abortion access is important. And ask them to vote in local elections for lawmakers who will protect those rights.  She also suggested researching the abortion clinic closest to you here. And if you need help paying for travel out of state, check out this resource.

The Ms. Foundation: “We're not gonna just curl up in a ball and back down.”

“[The mission] really falls into a conversation explicitly around the Dobbs decision, Roe, and Griswold v. Connecticut — which I find these cases all line up — because we recognize that in order to advance equity, we need to have justice for all. It's not just the experience of one woman,” Younger added.

Donations to the Ms. Foundation go straight to grassroots efforts (think: abortion funds, non-profits, and reproductive justice orgs). Younger said they’ve already been doing the work. And in a post-Roe world, the work only continues.

“Just because the decision happens doesn't mean that the work is just getting started. What we’re really looking at is how we make sure that we're providing organizations with the support they need,” Younger said. That includes helping them figure out how to move abortion seekers from state to state or expanding policy access.

The overturning of Roe v. Wade is devastating for many abortion-rights orgs. But as a woman of color, Younger said it really wasn’t a surprise.

“I consider the draft release almost like a white woman's wake-up call. There were a lot of people — mostly white women — who really believed that Roe would never be rolled back,” Younger said. But women of color “were seeing rollbacks every time we turned around.”

Regardless, she’s prepared to continue the fight. “We're not gonna just curl up in a ball and back down,” Younger said.

She added that everyone should be paying attention to abortion news — not just women. “[People] need to think about what they are doing. Are they opening their houses? Are they driving people to where they need to go? Are they watching somebody's children?”

And that extends up the flagpole. From corporate America to politics. “Because we know, ultimately at the end of the day, it is men who are making many of the decisions around what needs to happen to the long term sustainability of women's health in this country,” Younger said.

The Center for Reproductive Rights is made up of lawyers and advocates who work to keep reproductive rights protected under law as fundamental human rights. With that in mind, the Roe v. Wade news was a massive disappointment for them.

“The Court’s opinion delivers a wrecking ball to the constitutional right to abortion, destroying the protections of Roe v. Wade, and utterly disregarding the one in four women in America who make the decision to end a pregnancy,” Nancy Northup, CEO and president of the Center for Reproductive Rights, said in a statement.

She worries the decision will have ripple effects: “Its impact is gonna reverberate beyond abortion. Putting at risk constitutional protections for the use of contraception, intimate sexual relationships, and the right to marry, and other intensely personal decisions.”

“So we will be back in court tomorrow, and the next day, and the next day, making sure as much as possible that abortion access can be retained,” Northup said in a press call. She added they’ll be looking to Congress and the Biden admin to pass the Women's Health Protection Act. Along with individual states’ constitutions, “many of which do protect the right to abortion.”

The Center will also be conducting ballot initiatives, “where citizens can protect the right to abortion themselves,” Northup added.

Abortion is no longer a constitutional right. Leaving millions of women without safe abortion access. But some orgs aren't backing down. Whether it’s supporting women with funds for abortion expenses or fighting for policy change — these orgs aren’t giving up.