What Are Russia’s Nuclear Powers? Here’s What You Need to Know 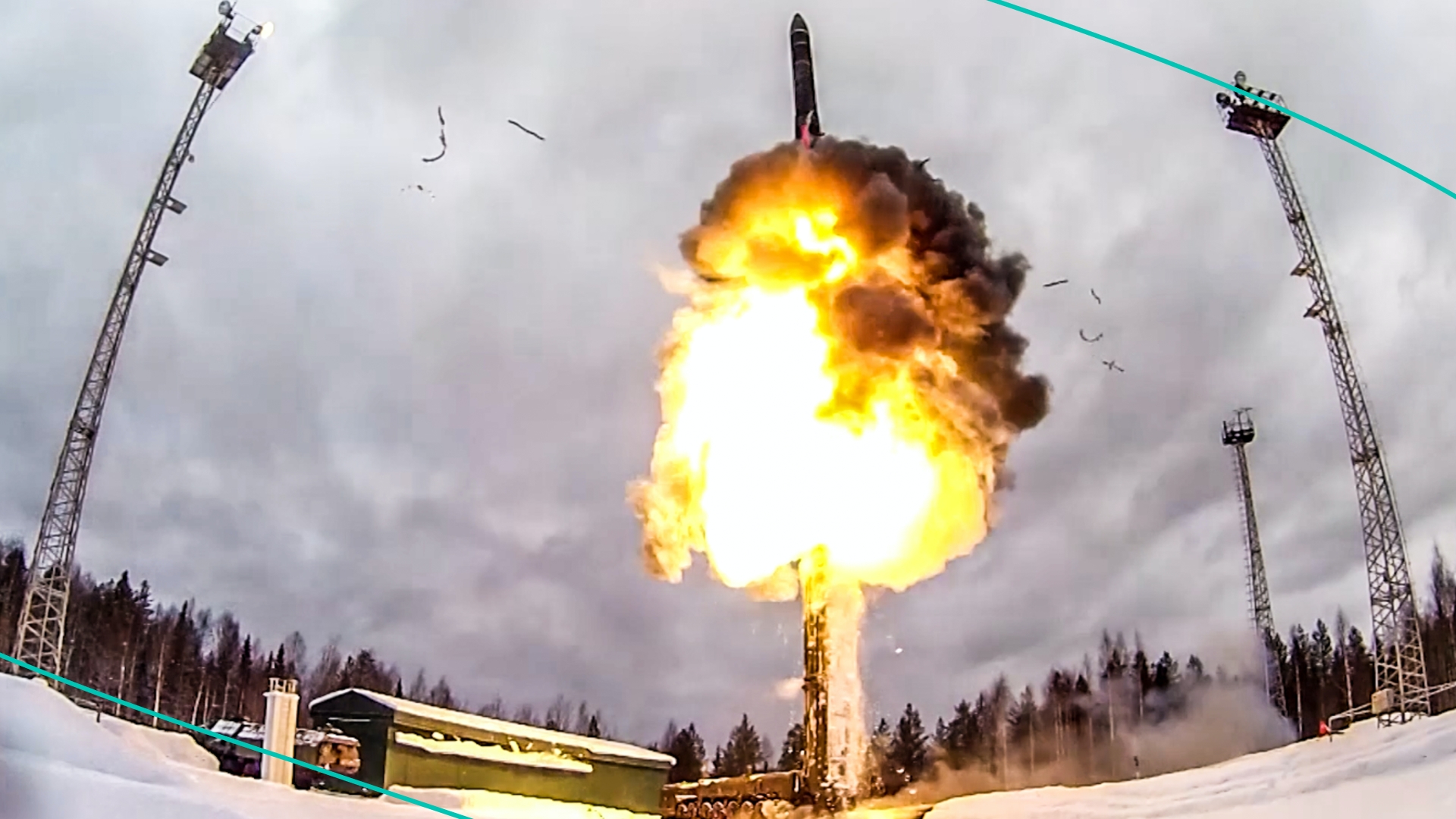 On Feb. 27, Russian President Vladimir Putin put the country’s nuclear forces on high alert amid its ongoing war with Ukraine. And blamed “aggressive statements” and tough sanctions from NATO (including the US) for the move. The Kremlin’s actions have raised concerns that the war in Ukraine could turn into a nuclear crisis. But what exactly is Russia capable of? We Skimm’d the answers to your questions about the country’s nuclear powers. Starting with…

What does Russia mean by putting nuclear weapons on “high alert”?

Putin hasn’t explicitly threatened to launch a nuclear strike. But he has ordered his top defense and military officials to put nuclear forces on “special combat readiness.” Experts say it’s unclear how that order will be taken by Russian officials. But the move likely makes it easier for them to launch nuclear weapons if they decide to do that.

How many nuclear weapons does Russia have?

More than any other country in the world. The Kremlin has about 6,000 nuclear warheads. But most of them are in reserves. Meaning they can’t be used right away. The country’s got about 1,500 that are deployed — aka nuclear weapons on intercontinental ballistic missiles, submarine-based missiles, and military aircraft. Unclear if Russia is storing nuclear weapons in other countries.

For context, the US has an estimated 5,500 nuclear warheads. And about 1,400 are deployed on hundreds of missiles and aircraft, according to the nonpartisan org Arms Control Association. The org also says around 100 of the US’s nuclear weapons are stored throughout Europe. But those reportedly aren’t ready for use.

It’s also important to note that Russia and the US can’t have more than 1,550 nuclear warheads stationed at their bases or out at sea. That’s a condition outlined in New START — the last remaining nuclear treaty between the Kremlin and America that caps nuclear capabilities. Just last year, both countries extended the treaty until 2026.

What about the rest of the world?

The US and Russia have the most nuclear weapons. But several other nations have built their own arsenals. NATO ally France has just under 300. And Britain (another ally) has an estimated 225 — about 120 are reportedly deployed.

China, Pakistan, India, North Korea, and Israel also have nuclear weapons. But their estimated arsenals range from several dozen to a few hundred.

Can Russia’s nuclear weapons reach the US?

Yes. But the New START treaty puts limits on some of these weapons (though those limitations aren’t 100% clear). The US State Dept says the treaty provides “verifiable limits on the mainstay of Russian nuclear weapons that can reach the US homeland for the next five years.”

How will Russia decide if it’s going to tap into its arsenal?

In 2020, Putin approved a nuclear doctrine for Russia. It outlines four instances in which the country could launch a strike

Important note: None of these have happened in the war against Ukraine.

How will the world know if Russia launches a nuclear strike?

One expert told DW that world leaders like the US would “likely see dispersal of the mobile missiles on land and ordering all the submarines out to sea. We would also see arming of the bombers.”

How serious are Putin’s threats?

Both the US and NATO have no interest in getting into a nuclear conflict with Russia. But experts worry that Russia could activate a nuclear war by accident. Potentially because of a miscalculation or misinterpretation of Ukraine’s or another country’s actions.

How do Russians feel about the crisis?

Unclear. But thousands of Russians have protested Russia’s attacks in Ukraine. And hundreds of those protesters have been arrested for speaking out.

How worried should I be about a nuclear attack?

President Biden is telling Americans not to worry. And said “no” to the prospect of a nuclear war. The US and NATO haven’t changed their own nuclear threat levels so far. And some experts say Russia’s move to increase its nuclear alert is largely seen as a way to discourage the West from helping Ukraine. Meanwhile, US officials say the military is prepared for an attack at all times.

Is this the start of a new Cold War?

There's no doubt there are fears that a new Cold War is brewing. But countries and experts aren’t using that label to describe the ongoing conflict or sanctions against Russia.

Russia’s nuclear alert has the world on edge, wondering what could happen next in this conflict. For now, many world leaders want to avoid any escalation. And are trying to stay away from physically entering the war in Ukraine.