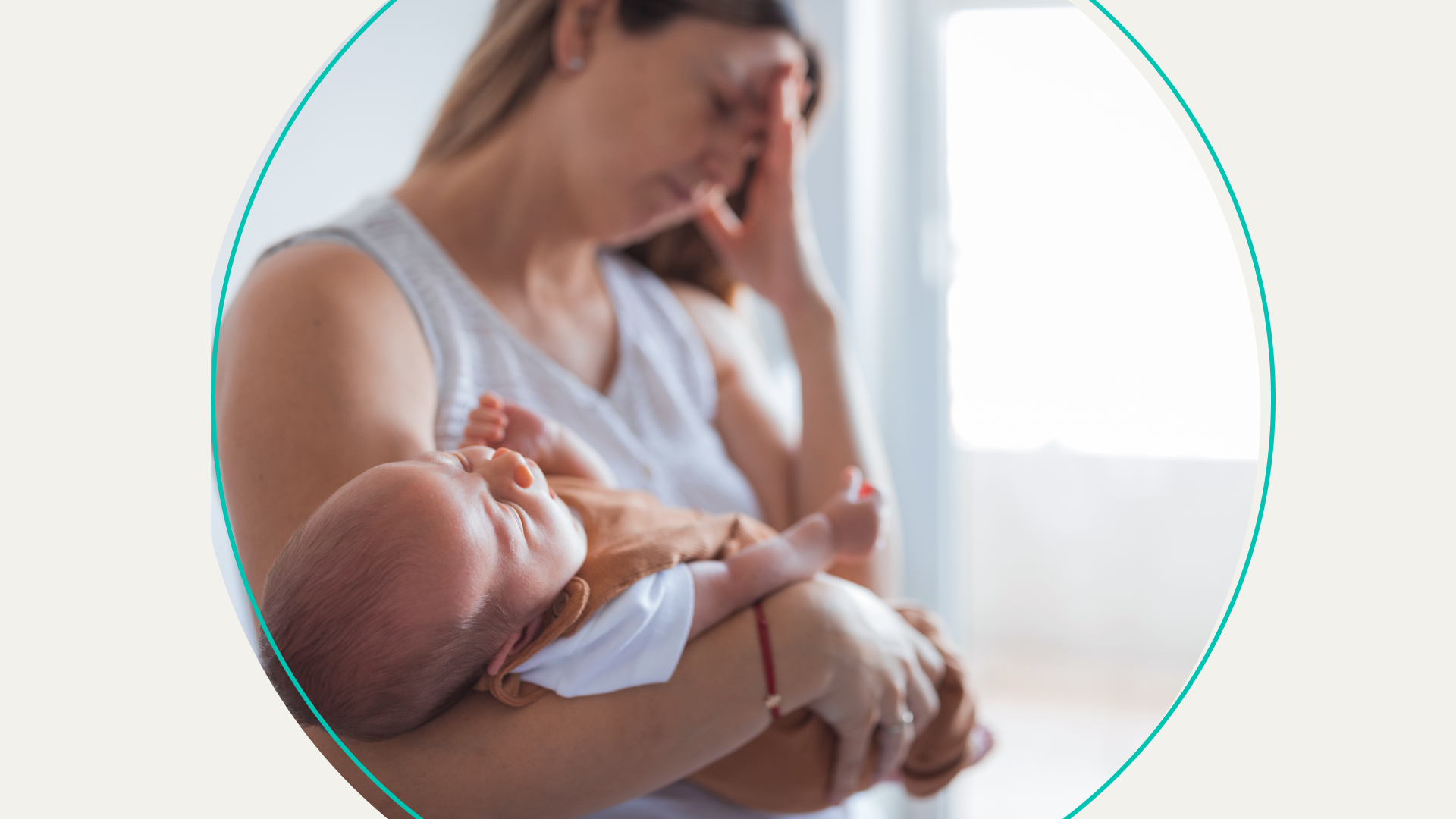 There are plenty of useful and supportive things you can say to an overwhelmed mother who’s currently struggling to find formula to feed her baby during a nationwide shortage. Like alerting them to a CVS that just restocked or offering up some unopened containers that you have to spare. What's not one of them: 'Why don’t you just breastfeed?'

It’s so unhelpful that even doctors (the ones fielding frantic calls from desperate families) aren’t mentioning this as a potential solution. “No pediatrician would approach the formula shortage by offering that as a suggestion,” said Dr. Kelly Fradin, a New York City-based pediatrician and mother of two. “This is not a reasonable solution by anyone who knows anything about physiology and the health of a child.”

But the suggestion has been making the rounds on social media. So we talked to Dr. Fradin about why it’s misinformed, how breastfeeding actually works (plus the obstacles so many moms face), and why moms are saying they’ve 'had it up to here.'

Back up. Are breast milk and formula the only options parents have?

From birth to 6 months, a baby lives entirely on breast milk, baby formula, or a combination of both. That’s it. After that, babies can slowly start drinking water and eating actual food (think: mashed avocado — in prep for the toast). But breast milk and/or formula remain a primary source of nutrition until around 12 months. That’s when babies can begin to drink cow’s milk. Any earlier, and it won’t have the right combo of nutrients — the high concentration of proteins and minerals is too much for their little kidneys to handle.

So, why are people telling moms to ‘just breastfeed?’

Because as much as 40% of baby formulas were out of stock at the end of April. Supply chain issues were already contributing to the formula shortage. But then Abbott, the largest manufacturer of baby formula, recalled several products in February. It shut down a Michigan plant and baby aisle shelves went bare soon after.

Then, right on cue, unsolicited advice to begin, or resume, breastfeeding started showing up. And it’s (kind of) understandable why some might suggest breastfeeding as a way out of this crisis.

Breast milk is essentially the perfect food. It’s expressed at just the right temperature and the milk constantly adjusts to a baby’s needs. Magical. Breast milk can also protect against many serious health risks, including asthma and SIDS. And moms vaccinated against COVID-19 can pass on antibodies through breast milk, studies show.

On top of that, formula has always been expensive, but price gouging has made it worse. Prices have jumped by as much as 18% over the last year. And some people are buying baby formula and reselling it for double or triple the original price.

And why isn’t breastfeeding a good alternative during the shortage?

Some people mistakenly assume that just because breast milk doesn’t come with a literal price tag, it’s ‘free’ when compared to baby formula. But “breastfeeding is only ‘free’ if you value a mom’s time and energy at zero,” said Dr. Fradin. Note: On average, a breastfeeding mother feeds and/or pumps milk about eight to 10 times a day, which can amount to more than three hours total, Fradin said. There are also the physical and mental tolls it can take. Plus the costs of breast pumps, nursing bras, breast pads, lactation consultants, and other gear. “Breastfeeding can be as expensive as formula,” Dr. Fradin said.

So, people can pressure moms to breastfeed all they want. But it’s unlikely that a mom who isn’t currently breastfeeding full-time will suddenly start producing enough milk to meet her baby’s nutritional needs.“ Once you've stopped breastfeeding, you can re-induce lactation, that's physiologically possible,” said Dr. Fradin. “But it's a process that takes six to eight weeks, and probably six hours a day, of commitment from the parent. So, it's not going to solve the problem that there is no formula on the shelf this week.”

It’s like telling someone stranded on the side of the road with an empty gas tank to just start drilling for oil. Yes, it's possible. But is it doable? Not really.

Even moms who are breastfeeding part-time would likely struggle to get their bodies to produce enough milk to eliminate their baby’s formula needs. It’s a classic case of supply and demand. The amount of breast milk the body produces is based on the amount a baby regularly nurses at the breast or a mother expresses with a pump. So, it would take a lot of time (hours that most parents don’t have) to get the body back to making about 24 ounces a day, the amount a baby typically consumes. For instance, it might require trying a technique called “power pumping.” Over the course of an hour, several times a day, a mother pumps breast milk for 10 minutes, rests for 10 minutes and repeats.

How are moms reacting to this pressure to breastfeed?

There are many valid reasons why breastfeeding might not work for a mother and her baby. But even with reassurance from experts and medical professionals, some mothers may still feel guilty. As if they’re not measuring up if they choose to feed their babies formula. Those feelings may be especially pronounced now when access to formula is limited. And pressure to breastfeed is mounting. For some moms, breastfeeding might even impact their mental health — making them feel “emotionally bad” when they do it, Dr. Fradin said. And then there are moms who cannot physically breastfeed for certain reasons (see: repeated episodes of mastitis or they had a double mastectomy).

“It's the number one thing people cry about in the pediatrician's office: Difficulties with breastfeeding,” Dr. Fradin said. “Moms can be very hard on themselves when breastfeeding isn't an option. Many moms carried a lot of guilt or sadness. Even before the formula shortage, it was quite severe. And, I'm sure it's only worsened. But how could it get even worse?”

What else makes it difficult to breastfeed?

Even if a mom is physically able to begin producing breast milk again, or ramp up her supply, the US has historically made it hard for mothers to keep up a breastfeeding relationship. In 2017, 84% of infants were breastfed after birth. But by 6 months, that rate dropped to 58%, according to the CDC.

Among high-income countries, the US has one of the lowest breastfeeding rates (ahead of only France and Ireland). One major reason is that the US is the only developed nation without a mandated paid maternity leave. And having paid leave is associated with higher breastfeeding rates. Having that time off is especially crucial when a mother is establishing her supply and when she and the baby are getting the hang of the whole nursing thing. (In Sweden, for example, where parents are granted more than a year of maternity leave, 98%  of babies are breastfed at some point. That’s one of the highest rates in the world).

Breastfeeding rates in the US are especially low among women of color. Black mothers are 2.5 times less likely to breastfeed than white mothers. Black mothers often have less access to breastfeeding support networks (think: baby-friendly hospitals and lactation consultants). They’re also less likely to have maternity leave benefits and are more likely to work jobs with less flexibility and access to breast pumping accommodations.

It’s true that the Affordable Care Act requires employers to provide breaks and space for moms to pump. But not all employers follow those rules and not all employees are protected. Teachers, for example, are excluded from this law.Women who don’t work traditional office jobs often say they aren’t afforded the time or the private space to plug in and pump. Read: Some say they’ve had to pump in dingy supply closets.

Moms who travel for work often struggle a lot, too. One breastfeeding mother was recently barred from bringing ice packs onto a flight to keep her pumped milk cool. But even if, by some miracle, moms were given ample time off during this shortage, there are many other obstacles that can get in the way of being able to breastfeed. A baby might have a physiological issue, like a tongue-tie or poor latch, that makes them “inefficient” at emptying the breast. “Not all breastfeeding failures relate to mothers,” she said.

How a mother chooses to feed her baby has long been a contentious issue. Moms who breastfeed often face backlash at work or hurtful comments when nursing in public, while those who use baby formula might be criticized for not giving their baby the “liquid gold” of nutrition. Tension around this issue is especially high now that this basic necessity is running low. But to shame moms, and continue to push a non-feasible nutrition option won’t help babies get fed. It just distracts from finding a solution that could actually work.