If You’re Botox-Curious, Read This First 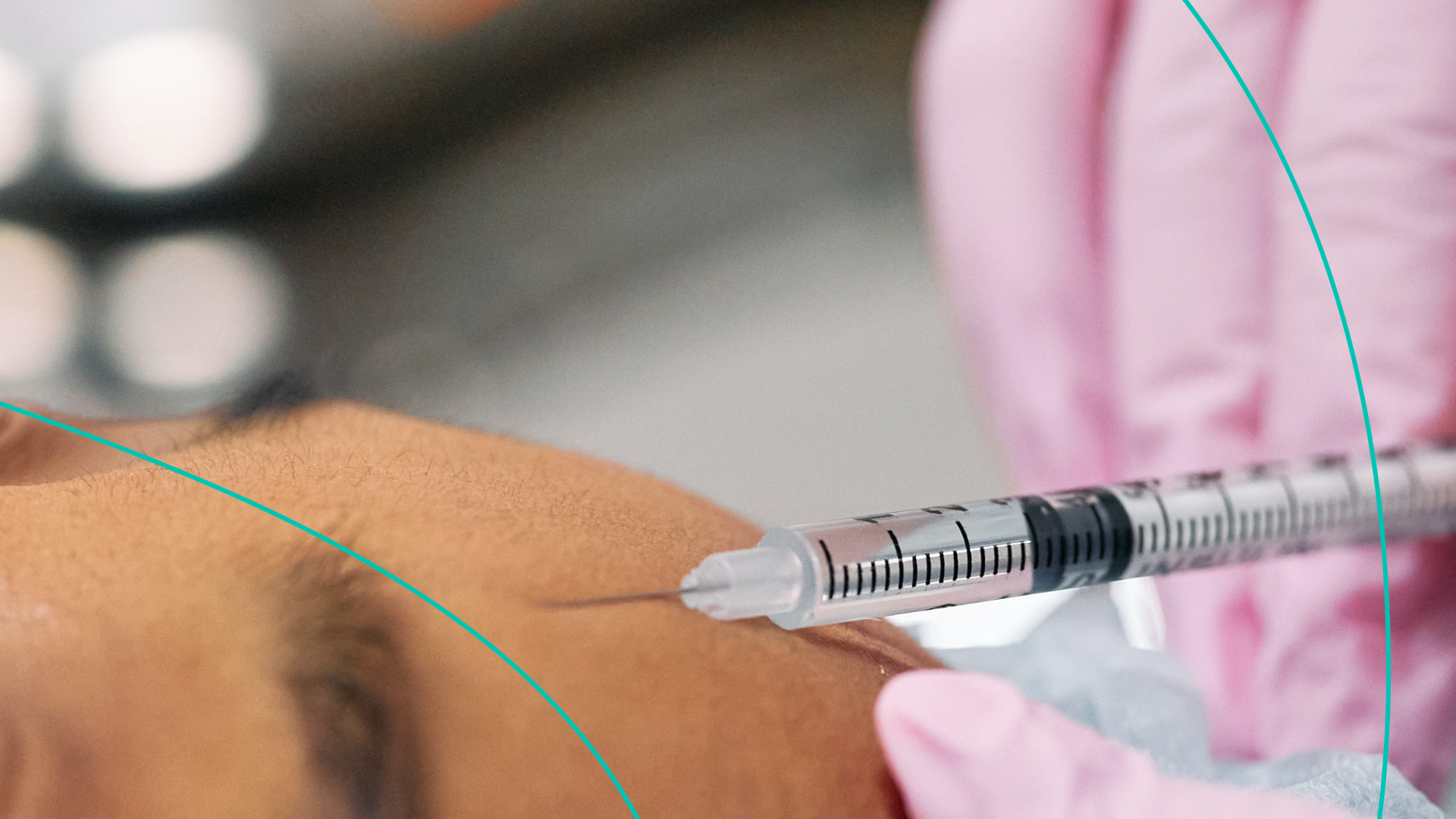 Staring at Zoom cameras all day (and even all night) has made some people around the world realize two things. One: that “Zoom fatigue” is real. And two: that they want to change their look. Say hello to Botox. While it’s mainly known for tightening up face wrinkles, Botox can also help with medical issues like migraines, TMJ (aka temporomandibular joint) disorders, and bladder issues.

But there are risks to keep in mind, too (think: headaches, drooping eyelids, or even difficulty breathing). Here’s what to know before you decide to get your first injection.

Botox is a toxin from the Clostridium botulinum bacteria. When used in small doses, Botox is safe for cosmetic and medical use. Botox injections block signals from your body’s nerves, specifically those that deal with contracting facial muscles (think: areas like the forehead and around the eyes). This allows said muscles to relax, so you appear to have fewer lines.

But in larger doses, Botox can be dangerous. Scientists have estimated that just a gram of the toxin when “evenly dispersed and inhaled” in its crystalline form could kill one million people. The toxin can also lead to the rare illness botulism, that’s caused by contaminated food, entering wounds, or when it’s injected in high amounts. The toxin can attack the body’s nerves — leading to symptoms like muscle paralysis or even death.

All that to say this is clearly a procedure you don’t want to play around with. So it might be a good idea to get a referral from your PCP. Or find a doctor that specializes in injecting Botox into the area that you want to be treated.

What’s the difference between Dysport vs. Botox?

While Botox is the “main character” when it comes to wrinkle reduction, it can be confused with other drugs or cosmetic procedures. For example, Botox and the neurotoxin Dysport both come from the botulinum toxin and relax the muscles. But Dysport mainly focuses on the glabellar lines (aka frown lines) while Botox can be used on those as well as crow’s feet (the wrinkles around the eyes) and forehead lines. For some people, the effects of Botox can wear off sooner than Dysport. And Dysport can show full results within a couple of days whereas Botox might take around two weeks.

What about Botox vs. fillers?

People also see Botox and fillers as related procedures. But while neither are invasive surgeries, the processes are different. Botox reduces wrinkles and lines. While fillers add plumpness back to areas of the body that have lost it over time (think: the lips and cheeks). The procedure also involves injections into the face with substances like hyaluronic acid. Which add plumpness to the target areas and give the face a different look.

How does the Botox process work?

The neurotoxin is first diluted in saline and then injected in appropriately small amounts into your skin or muscles. Botox usually has 100 units per vial. But if you're getting the treatment on your forehead, for example, you'll only use about 15-30 units total on the entire area. The areas the practitioner may focus on include:

People don’t typically report pain when getting Botox done. However, your doctor might recommend topical anesthesia or ice to help make you comfortable. And just a note: It can take up to three days for the toxin to kick in.

How long does Botox last?

Your first treatment might wear off sooner than treatments in the future. So practitioners recommend scheduling a follow-up appointment soon after. And they recommend waiting at least 14 days to see the full effects. Botox in general can last for three to 12 months (depending on where you’re treated).

How much does Botox cost?

When it comes to cost, a Botox treatment can run you anywhere from $300 to $2,200. But the price for your individual procedure depends on factors like the area that’s being treated, where you’re located, and the practitioner you chose.

Your Botox treatment could also be covered by insurance — but it depends on what’s being treated. Insurance doesn’t generally cover Botox treatments when they’re for cosmetic reasons (think: wrinkles). But treatment might be covered if it’s addressing certain medical issues, like migraines or excessive sweating. Speak to your insurance provider to learn more.

Botox has the potential to help smooth out your face’s wrinkles. But it can also help the body in other ways, too. It can reportedly be used…

What are some of the risks and side effects associated with Botox?

One of the biggest risks of Botox is botulism-like symptoms such as difficulty swallowing, muscle fatigue and even difficulty breathing.

There are other side effects to consider before trying Botox, which include:

You could also see side effects if you do too much Botox. In excess, it can make your facial features appear frozen (see: expressionless). Or cause the areas that were treated to look “droopy.”

Can you get Botox while pregnant?

More research needs to be done on how Botox affects pregnant people. As of right now, practitioners recommend staying away to keep you and your baby safe. Botox also isn’t recommended for people who are breastfeeding, according to FDA guidelines.

If I'm not up for this, is there a Botox alternative?

If you decide Botox isn’t for you, there are other options. Try treatments like chemical peels (known to help reduce signs of aging and treat pimples) or face patches (also known as “Frownies” or wrinkle patches), aka sticky patches you can place on areas where you have lines to help smooth them out.

If you decide to have a Botox treatment, here are some potential tips:

Botox can help with numerous concerns around the body (like issues in your jaw, underarms, and bladder). And it’s unique from other treatments like fillers and Dysport. But there are risks involved with the procedure. So be sure to do your research and talk to a doctor about any treatments you’re interested in.