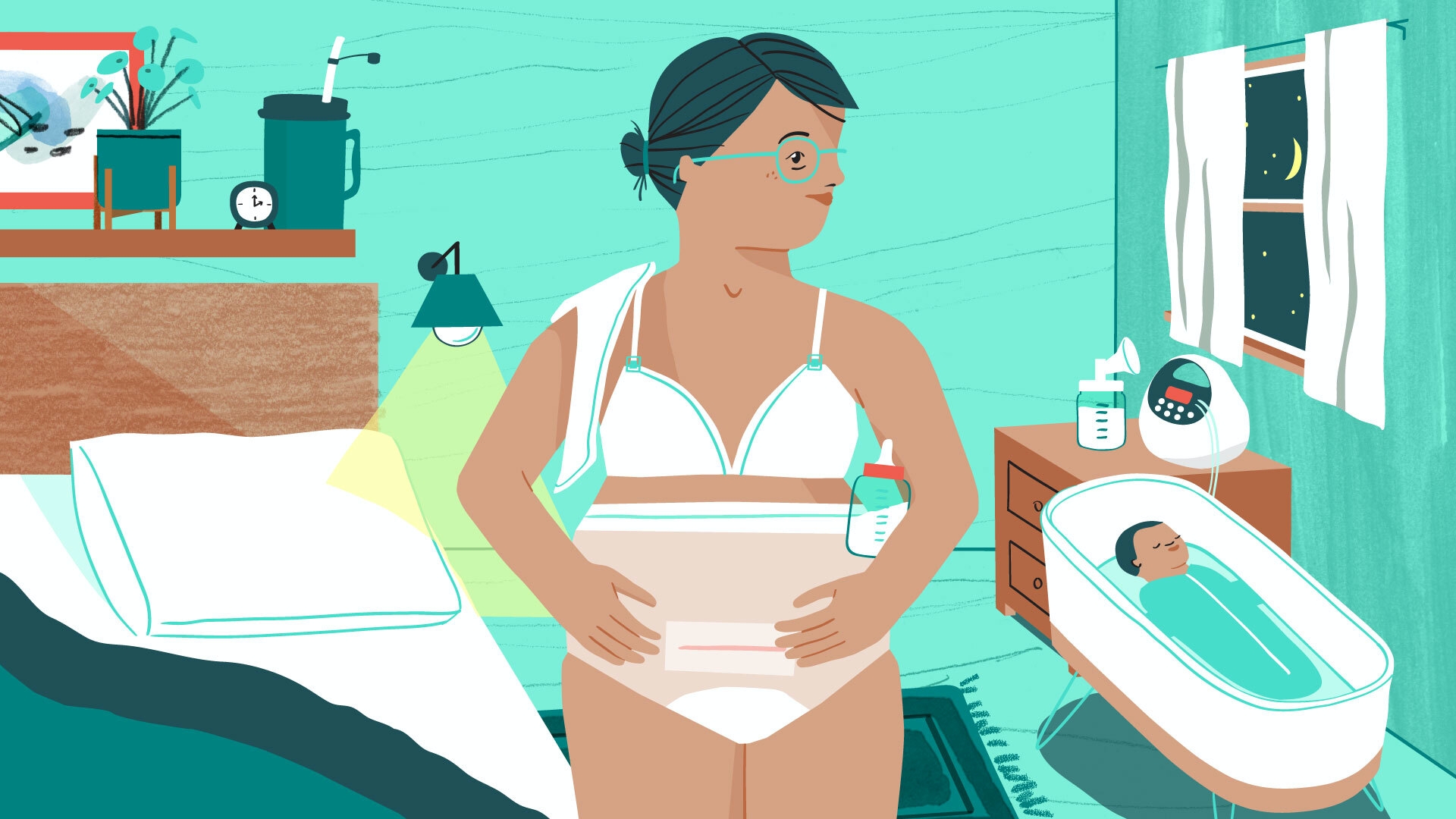 It’s a good bet that you or someone you know had a C-section. Because cesarean births now account for about a third of all births in the US.

Although millions of mothers in the US have delivered babies that way (and have the scars to prove it), there’s still a lack of focus on what happens to the body after such an invasive procedure. Exhibit A: There’s no medical term for the loose skin you can get after a C-section in the lower abdominal area. That’s according to perinatal athletic therapist Janette Yee, who — like a lot of moms — refers to it as a “C-section shelf.”

“I find it interesting that it affects most women after this surgery, and there's no word for it in our language,” Yee said. “What does that mean about our culture if we can’t even talk about it?”

At the very least, it means it’s time to break down the basics of what recovery looks like after a C-section. So we called up Yee to discuss the procedure, misconceptions, and how to help yourself heal. Because prioritizing your health remains crucially important as you care for a baby.

Janette Yee is a perinatal athletic therapist based in Toronto who specializes in pregnancy and postpartum rehabilitation.

First, the basics: What’s a C-section?

It’s a kind of delivery that requires major abdominal surgery. The entire front of your body is cut open, right through the uterus. It requires at least two incisions: through the abdomen and the uterus.

Note: We use the terms “C-section,” “cesarean” and “C-birth” interchangeably in this guide. But Yee, and others in the perinatal space, often prefer terms like “C-birth” and “belly birth” because those better convey that a mother played an active role. As opposed to being a “passive onlooker [while] a surgeon birthed your child,” Yee said.

What are misconceptions about C-sections?

When people use the term ‘natural birth’ to refer to a vaginal birth — or joke that they’re ‘too posh to push’ — that can reinforce the attitude that a C-birth is ‘the easy way out.’ Or that a mother didn’t have the ‘real’ childbirth experience. That’s a myth, Yee said.

In reality, a cesarean is an option when certain circumstances make vaginal birth unsafe or there’s a problem with labor (think: the baby is breech, the placenta is blocking the cervix). But a C-section also carries its own risk of complications and infection. And it requires physical and mental recovery. For ideal neonatal and maternal health care outcomes, C-sections should account for between 10% and 15% of births, according to the World Health Organization. That’s much lower than the current rate in the US.

Another thing to know: Having a C-section doesn’t necessarily preclude you from having a vaginal birth in the future.

What does physical recovery from a C-section look like over time?

From birth to 2 weeks postpartum, you may experience…

From 6 weeks to 6 months postpartum, you should…

How can I recover mentally from a C-section?

Here’s the thing: Birth trauma is real. And if you had a particularly scary birth, maybe where your expectations weren’t met, you experienced complications, and/or your belly was cut open, you could have a tough time recovering mentally. Yee said that some people who have C-sections are amazed by how badass their bodies are to give birth in such a way. While others are sickened by what they went through, which can make it hard for them to look at and touch their C-birth scar. Yee’s suggestion: Share your birth story with someone you feel won’t judge you. She said that as a therapist — even one who focuses on physical movement — that’s often where her sessions with clients start. Because clearing that mental block is important for continuing more physical work.

When should I get additional help from a specialist?

If your cesarean incision pain increases, you get a fever, or you experience heavy bleeding within a few weeks after giving birth, then you should talk to your doc ASAP. But if all goes well, that six-week post-op visit with your physician will do. After that, consider following up with:

Leaving the hospital after a C-section doesn’t necessarily mean you’ve recovered from it. That can actually take weeks (or months) of prioritizing your physical and mental health. Because a cesarean birth is a major surgery and by no means an ‘easy’ way to deliver.