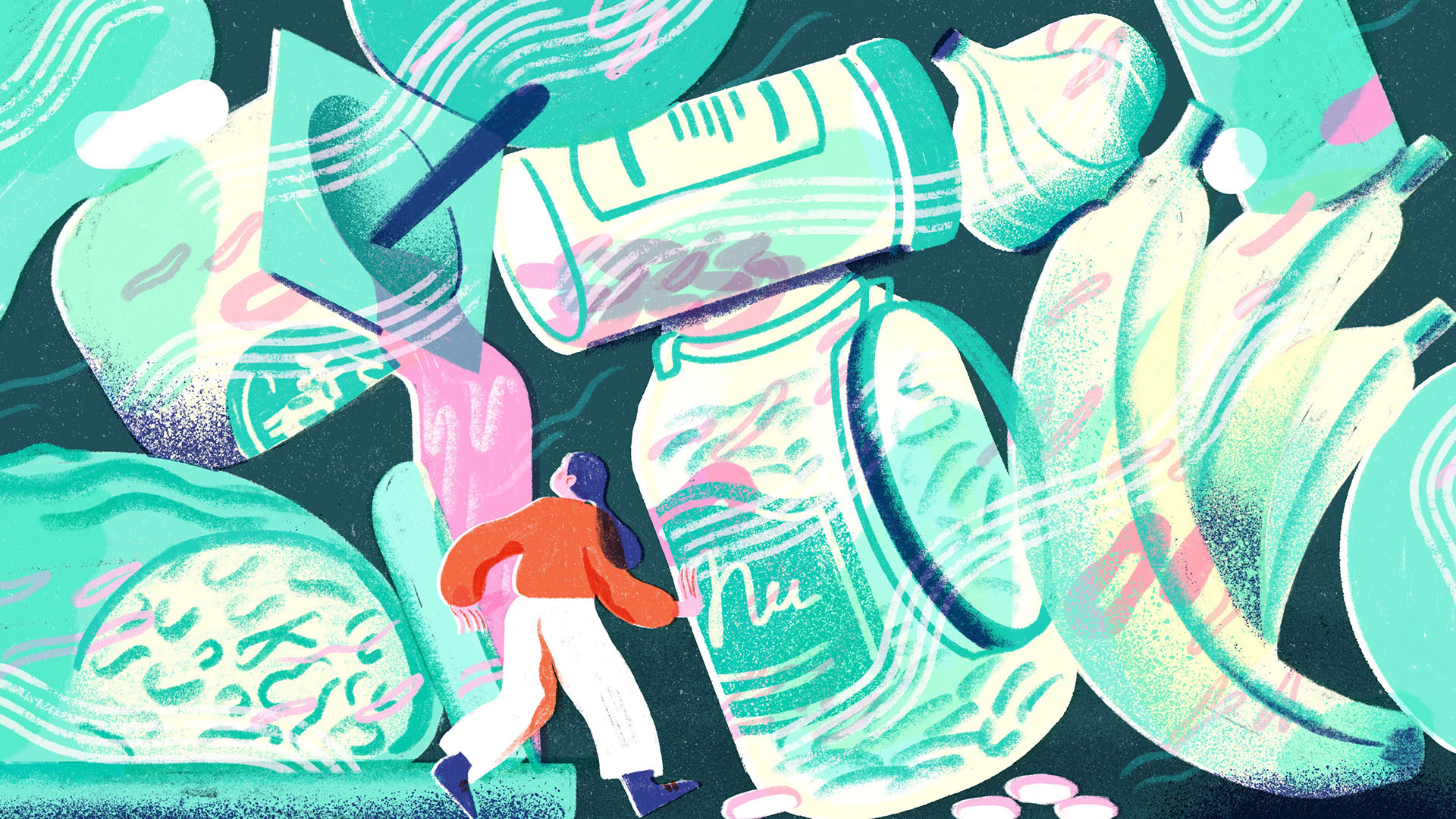 If you’ve explored #guttock— the popular TikTok category about fixing bloat and hacking your GI tract— you’ve probably thought about prioritizing your own gut health. And then you’ve likely considered incorporating a prebiotic or probiotic into your diet.

But here’s the thing: There’s no quick fix for gut health concerns.

Before you get completely bio-wildered, we talked to Freuman about what probiotics are. How they’re different from prebiotics. And when antibiotics might come into play.

For starters: What are probiotics?

Prebiotic vs. Probiotic: What's the difference?

To sum it up: Probiotics are useful bacteria, present throughout the body — including the gut. And prebiotics are food for those naturally-occurring probiotics. Probiotic supplements, on the other hand, add more strains of bacteria to your gut. Which isn’t always a good thing.

If you’re someone who likes to learn by metaphor, we got you. Freuman says your gut microbiome is the “ecosystem” inside the body. So think of the gut as a rainforest.

The native bacteria/probiotics are the frogs that have comfortably lived in the rainforest for years. The prebiotics are the crickets that feed those frogs.

But if you were to just drop in some new probiotics, like a new species of squirrel, you probably wouldn’t see any immediate benefit to your ecosystem, Freuman said. Because they're not adapted for the environment and there's no immediate role for them to play — those are taken already by the current resident probiotics. So that new squirrel might just die off without doing much good. (And IRL, the probiotic will probably just be pooped out without making much of an impact).

So wait... Then what are prebiotics?

If I don’t have any immediate issues, should I be taking any of these -biotics?

You could consider taking a prebiotic “if that’s not too gassy for you,” Freuman said. But otherwise, “you're not going to supplement your way into good gut health.”

If you want to make sure your gut is as healthy as can be, your focus shouldn’t be on pills or other quick fixes. Instead, it should be on eating a bunch of different kinds of fiber-rich foods that make for a diverse gut microbiome. And if you’re dealing with digestion issues, see a GI specialist before you start taking something like a probiotic.