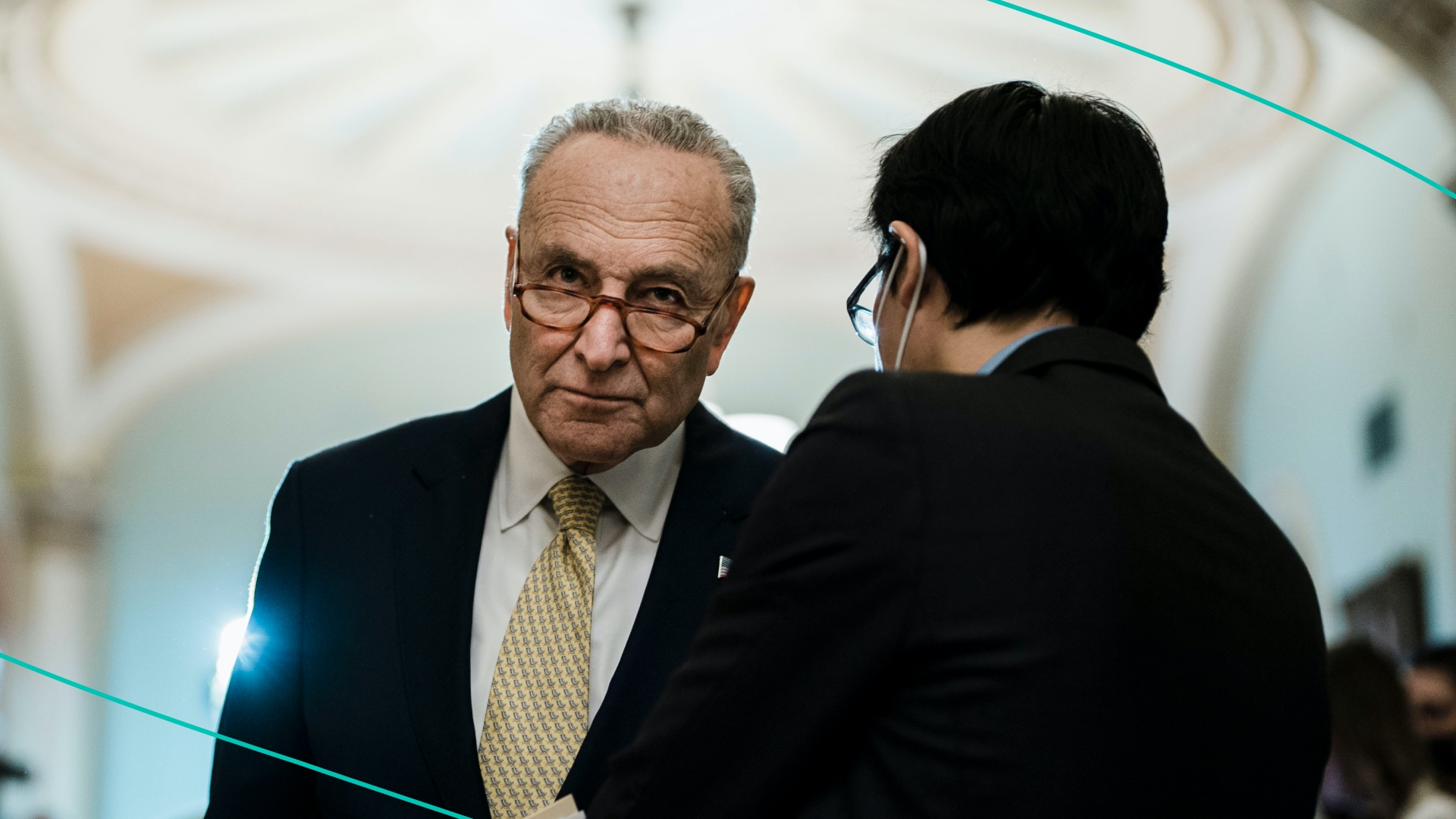 Getty Images
May 3, 2022Skimm'd by Maria McCallen and Kamini Ramdeen-Chowdhury

In May, Politico reported that the Supreme Court is set to overturn the landmark 1973 Roe v Wade decision. Which ruled that women have a constitutional right to an abortion. We won’t get a final ruling from the bench until June or July. But in the meantime, some Democratic lawmakers are criticizing the expected reversal. And want to take matters into their own hands by passing legislation and codifying Roe v Wade into federal law. But there’s one major hurdle that’s stopping them: The filibuster.

How the filibuster works

A filibuster is a practice in the Senate. And is "designed to prolong debate and delay or prevent a vote on a bill, resolution, amendment, or other debatable question." Basically, it allows lawmakers to stall a motion indefinitely — potentially forcing the chamber to move on. They can be used on nearly any type of legislation. But don’t apply to judicial nominees (see: 2013 and 2017).

Filibusters have happened a number of times throughout history. The record for the longest individual speech was former Sen. Strom Thurmond  from South Carolina. Who filibustered for 24 hours and 18 minutes against the Civil Rights Act of 1957.

The way to end a filibuster: cloture. That’s when the Senate votes to limit the time to consider a bill or other matter. The chamber adopted the practice in 1917 because lawmakers were becoming more frustrated with long Senate speeches. Senators initially approved a two-thirds majority vote to invoke cloture. But lowered the threshold to three-fifths majority in 1975 — which still stands today. Meaning: any bill that has the support of at least 60 senators is essentially filibuster-proof.

Aside from cloture, all it takes is a simple majority for senators to change filibuster rules. And that brings us to…

How the filibuster is impacting key issues in 2022

There’s been buzz around changing how the filibuster works since Democrats took control of the Senate in Jan. 2021. Quick look at the numbers: The chamber is divided 50-50. Meaning, getting a bill through a filibuster — or changing the rules around it — is hard to do.

In order to keep nationwide abortion rights in tact, Senate Dems are hoping to step in and pass the Women’s Health Protection Act. Which would essentially enshrine the right to an abortion into federal law. The House passed the bill back in September. But in February, the Senate blocked it from moving forward because of, surprise, the filibuster.

Now, lawmakers including Sens. Bernie Sanders (I-VT) and Tammy Baldwin (D-WI) are renewing calls to scrap the filibuster to get this legislation to President Biden’s desk. Who has made it a campaign promise to codify Roe v Wade.

But experts are saying ‘don’t hold your breath’ on the Senate taking up abortion rights anytime soon. Sens. Joe Manchin (D-WV) and Kyrsten Sinema (D-AZ) have been opposed to filibuster changes — suggesting that changing the filibuster rules would make politics even more partisan.

The filibuster is a controversial and complicated practice that’s been part of Senate procedures for decades. But the push to ban a woman’s right to choose has reignited the debate on the filibuster’s importance in US politics. And highlights the ripple effect it can have on millions of people.