How One Woman's Late Autism Diagnosis Brought Clarity... And Relief 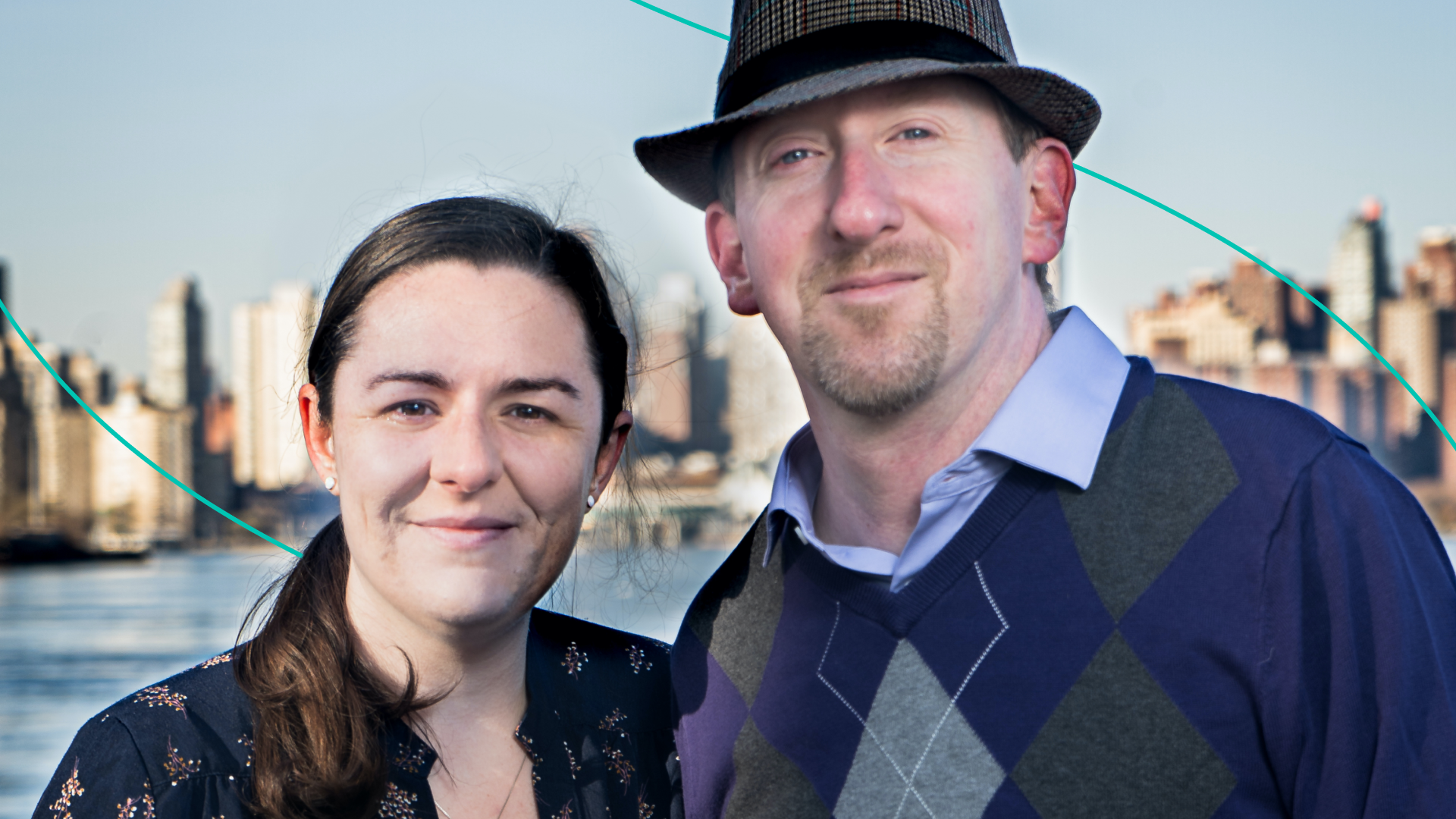 One in 44 children has autism spectrum disorder (ASD), according to the CDC’s most recent data. Thing to know: Boys are diagnosed four times as often as girls. (But that’s not necessarily because they’re more likely to have the neurodevelopmental condition.)

In part, it’s because girls might have an easier time mimicking the way society expects people to socialize. And a hallmark indicator of ASD is communicating in a different way. Think: not making direct eye contact, misreading social cues (like taking jokes literally), and stimming — repetitive or unusual noises or movements believed to self-soothe.

Another reason: Historically, ASD research and diagnoses primarily involved boys. "Specifically white boys of means,” said Sarah Nannery, the director of development for autism initiatives at Drexel University, who is herself autistic. “We go underdiagnosed.”

That’s why Sarah, who says she was diagnosed with ASD at 31, and her husband, Larry, wrote a book on the topic: “What to Say Next.” In it, they talked about navigating Sarah’s late diagnosis and their family, which includes an autistic son and neurotypical daughter (more on those terms below). So we called them up during Autism Acceptance Month (April) for a conversation about autism, stigma, and what to know if you or a loved one suspects they’re on the spectrum.

Remind me: What is autism spectrum disorder?

Autism spectrum disorder is defined by the CDC as a developmental disability that can cause significant social, communication, and behavioral differences. And that includes people who are verbal (like Sarah) and people who aren’t. But as the “S” in ASD suggests, autism is truly a spectrum, meaning it presents in diverse ways.

What terms should I know about if I want to speak sensitively about autism?

“Neurodivergent” is a commonly used term.

As Sarah explained it, the word can describe someone whose brain functions differently from what’s considered “normal.” So it could apply to someone with ADHD, dyslexia, dyspraxia, and autism.

It describes someone who does not have a developmental disorder. But Larry, who’s a technologist, doesn’t love the implication that some people have “typical” brains.

In the disability field, people often advocate for “person-first” language, so they’re not wholly defined by a condition. That means saying something like “person with autism” as opposed to “autistic person.” But personal opinions vary. Sarah’s preference: “autistic person.” Because autism is a central part of her identity. “I don't say I'm a person with Judaism. I say I'm Jewish. Because being Jewish is an integral part of who I am,” she said.“It's something that I love about myself. ”Word of advice from Sarah: “Just ask the person what they prefer and then use that.”

"Autism Spectrum Disorder" is a term that some people have begun to push back on.

There is a movement within the community to change [ASD] to autism spectrum condition,” Sarah explained.  She said she wouldn’t use the term ASD if she were writing her book today. “I would just say autistic,” she explained. “But there are also those within the autistic community who don’t want to label it necessarily as a disorder, condition, or disability.”

"Asperger’s" is no longer used.

It’s a form of autism spectrum disorder, but the medical field retired it nearly a decade ago.

What are some misconceptions about autism?

A big one, Sarah said: getting diagnosed with autism is “something that’s only negative.” That certainly wasn’t the case for her.

“There are definitely amazing things that can come with [a diagnosis], and I think that more people are embracing that.” However, stigma remains. Partially because there’s plenty of confusion about what autism is. Many people still think of it as a social death sentence. Something that keeps you from experiencing basic and fulfilling experiences, like having relationships, a job, or friends, she said. And it isn’t.

For Sarah, getting diagnosed made her feel more in touch with who she is and how she operates.

“There were things about me that I just never really understood, like ‘Why can't I remember to do X?’” she said. After getting a diagnosis, she realized that she wasn’t being forgetful, but that she had executive dysfunction — something that can (but not always) show up in someone with ASD. And Sarah said that she wasn’t trying to disconnect from family when she didn’t talk to them often. She realized that she needed less connection to maintain relationships than others did.

“Now I understand how I can either maximize on some of my strengths or circumvent some of the places where I was having some struggles,” said Sarah. One strategy for helping her remember: using a whiteboard in the hallway that serves as a reminder to give her son his antibiotic, for example. It helps her to know that she needs to check the task off. And when it comes to communication, she reminds herself that others get a burst of serotonin from positive, casual convo. "Now that I am aware, I can respond more frequently,” Sarah wrote in “What to Say Next.” Though for her it’s a conscious effort, “rather than automatically ingrained behavior.”

When did you look into getting an autism diagnosis?

Sarah has always considered herself “quiet, thoughtful, highly sensitive, and perhaps a little shy,” she wrote in her book. Growing up, she tried to copy other people’s mannerisms, but never felt comfortable in a social setting. She ultimately found friends in a “similarly nerdy group of outcast band geeks and artsy kids.”

“I didn’t get to the point of needing to take a step back from life and find answers about what kept me so consistently on the sidelines until much later when all at once, the demands of a career, a marriage, and a child had finally pushed me to my limit,” she wrote.

So she sought answers as an adult. First, in books.

“You should see our bookshelf,” Sarah said. “It's littered with books about shy people or highly sensitive people or forgetfulness or mindfulness, so many things.” She finally got to reading memoirs by autistic women. And that’s when she saw herself — someone who has a much easier time talking over text than IRL, is a perfectionist, and has a huge aversion to the unknown. From there, she looked into getting an autism diagnosis.

An early diagnosis and intervention (screening in children starts as early as 18 months) can give people the services and support they need to live a high-quality life. But some people aren’t diagnosed until they’re teens or adults — like Sarah.

Considering an evaluation is an “individual decision,” Sarah said. “If you're reading this right now and you're thinking, ‘I struggle with some of these same things,’ look into it, see what works.”

How did getting diagnosed with autism impact your relationship?

“The one big change…is that we are able to give each other more grace,” Sarah said. “Before, there would be miscommunications because Larry might be assuming that I know things that I don't know, or that I had intentions behind something that I didn't have." Like the time Larry got frustrated with Sarah for not reading the emotional and visual cues that indicated he needed help with their son, which they wrote about in their book.

“Having the literature, the knowledge about the diagnosis, is very helpful for us,” Larry said. "We still have our frustrations. But we have the ability to say, ‘Oh, this is how this person's filtering it.’ And that's really powerful. Not just for us, but for everyone: Take the moment and put your brain into the perspective of the other party, and understand how they’re processing it.”