What Science Says about Hangover ‘Cures’ 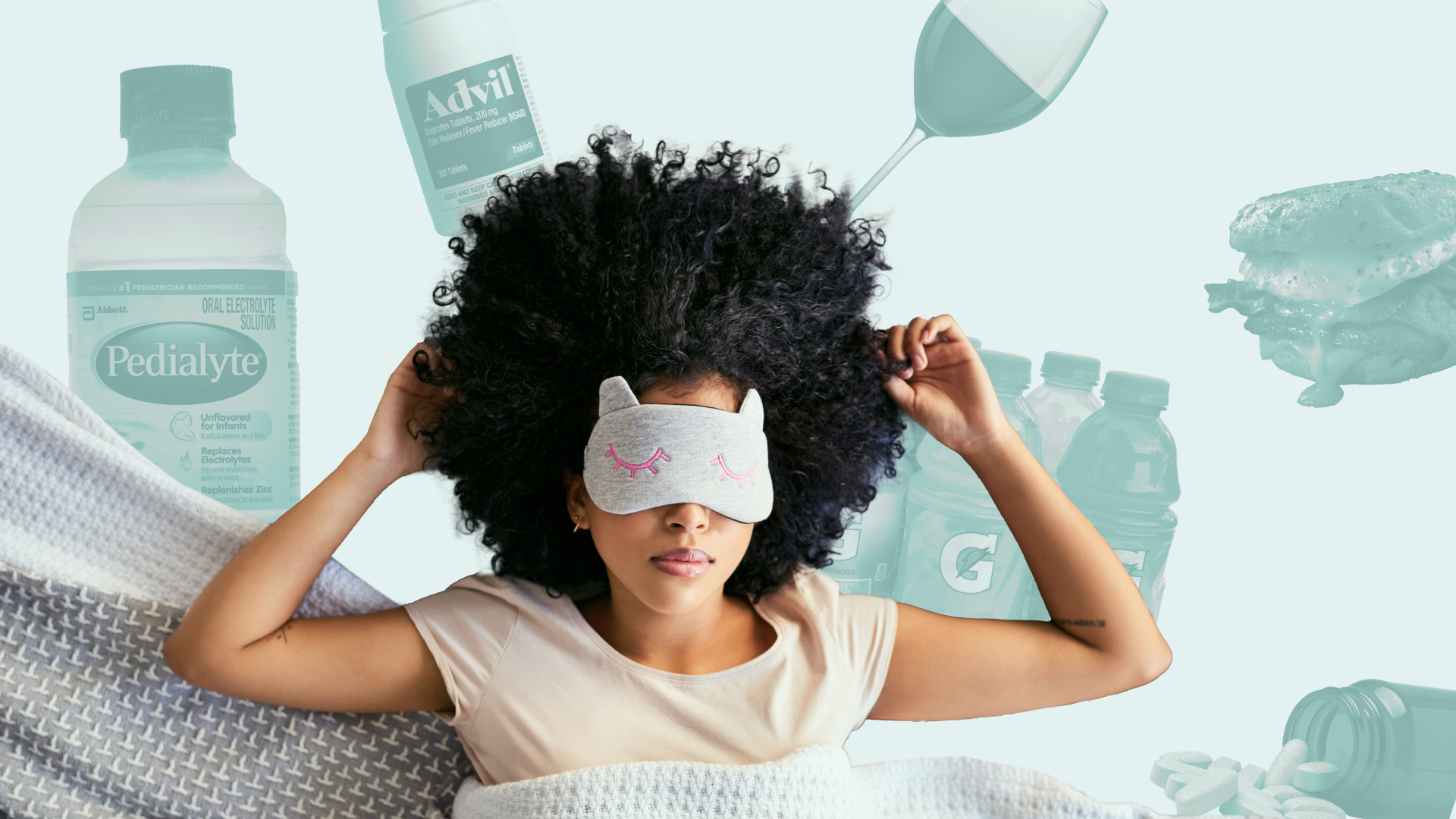 It sounds simple: You drink too much, get a hangover, vow to never drink again, repeat. But let’s take a moment to reconsider that cycle. Because when it comes to how alcohol leads to all those unpleasant physical and mental effects — see: headaches, irritability, diarrhea, nausea, etc. — it’s complicated. Partly because hangovers differ so much from person to person.

Bad news: Researchers aren't totally sure what causes hangovers, said journalist Adam Rogers, the author of “Proof: The Science of Booze” and “Full Spectrum.” Sure, the effects of drinking alcohol seem to play a part, like dehydration, inflammation and changes to hormone levels. And chemicals like congeners — byproducts of alcohol distillation — could worsen symptoms. (FYI: dark liquors have higher levels of congeners.) But it's been hard to pinpoint the exact biological processes.

Adam Rogers, journalist and author of “Proof: The Science of Booze”

So researching hangover cures can also be tricky, according to Dr. Arrel Olano, internist at MedStar Washington Hospital Center and assistant professor at Georgetown University Medical School. One reason: Studies with small sample sizes and/or self-reported data aren’t always the most accurate. Think: Someone’s 4-out-of-10 hangover could feel like someone else’s 8-out-of-10. And funding for alcohol-related topics might go to studying more dangerous alcohol-related topics, like alcohol addiction, Rogers said.

What we do know about hangovers (aka veisalgia, if you prefer the medical term): One of the best recovery methods is to “sleep it off,” said Dr. Olano. Because, often, what you really need is time for your body to process all that went down on Wine Wednesday — which could take up to 24 hours. You can either be awake and in pain that whole time… or a little bit more comfortably asleep for part of it. “Then you'll be better when you wake up,” Dr. Olano said.

But we know there are times when sleep isn’t an option. So what should you do about a hangover if you’re awake and need help? We asked Rogers and Dr. Olano for advice.

If you need a medic…

We’re talking about more than just a stomachache. If you’re experiencing severe symptoms of dehydration (think: dizziness and blotchy skin), consider calling your doctor and getting an IV infusion from a licensed medical professional, said Dr. Olano. They typically come with some combination of water, salt (aka saline), and sugar (dextrose) — all things that can help you feel better.

If you want an OTC solution…

Take ibuprofen. Yes, there’s science that supports taking those pills a guardian angel left out on the nightstand. Ibuprofen (think: Advil) is an anti-inflammatory and studies show that alcohol can be inflammatory, which can lead to issues like headaches. And don’t go over the recommended dosage because that can negatively impact the kidneys, Rogers said.

Note: You’ll want to avoid Tylenol, which is acetaminophen, and can be bad for your liver. Remember: Your liver's already busy metabolizing last night’s alc.

If you can make it to the kitchen (or the door for food delivery)...

Get fluids. A good idea after the alcohol probably kept you up peeing all night (a side-effect of it suppressing the antidiuretic hormone that tells your body to hold onto water). To rehydrate, water might suffice. But if you’re puking or have diarrhea, Dr. Olano recommends an electrolyte drink like Pedialyte or Gatorade. You could also consider juice to get some sugar, because your blood sugar levels are likely low. And coffee might be OK if you’re feeling fatigued and/or confused, Rogers said. But note: coffee is also a diuretic, meaning it could dehydrate your body even more.

Also important: Eat food. If you’re feeling nauseous, it might need to be something bland like tried-and-true toast. Some people swear by greasy food. And if that works for you, great. But a bacon, egg, and cheese sammy could worsen hangover symptoms in other people. So really, eat “whatever you can tolerate,” Dr. Olano said. Keep in mind that a fatty meal like a burger tends to stay longer in your stomach and can lengthen the time it takes for alcohol to be absorbed. Which, TBH, is advice that’s most useful while you’re drinking.

If you want to delay the inevitable just this once…

We’re not endorsing “hair of the dog,” but we are saying there’s some science behind the concept of grabbing a morning-after beer. Doing so might make you feel better temporarily. But awful later. That’s because hangovers can peak when your blood alcohol level goes to zero. Meanwhile, another drink could bring an endorphin boost and give you some more time before you get to BAC 0. But that drink comes with its own risks.

If you want to try supplements (that might not be backed by reputable studies)...

Keep in mind that some hangover “remedies" might just be the placebo effect in action. Or less a "miracle pill" and more so something someone took right before their hangover was about to go away on its own. Dr. Olano isn’t ready to recommend supplements for the majority of cases (and, along with Rogers, said the new Myrkl “anti-hangover” pill could be sus). But FWIW, here are some you might’ve heard of:

PSA: The FDA doesn’t regulate supplements the same way it does other foods or drugs. And Rogers said that a lot of the info we have on supplements is based more on “folk wisdom” than proven science. But many of the supplements “are benign enough,” Dr. Olano said. If a patient wants to take one, he typically tells them: “There’s no clinical efficacy studies that we know of, but I’m not going to discourage you from taking it.”

That said, speak to your doctor first before taking new supplements to make sure they’re safe and won’t interact with any other medications you’re taking.

Something we can all agree on: Hangovers are the worst. But as for how to remedy them, there’s no miracle cure. Instead, your morning-after plan can depend on your specific symptoms and tolerances. And requires time. We’re stating the obvious, but the best way to avoid hangover symptoms altogether: Limit or stop drinking. Or at least hydrate and eat when you imbibe.