Think You’re a ‘Hot Girl with IBS'? Here’s What You Should Know 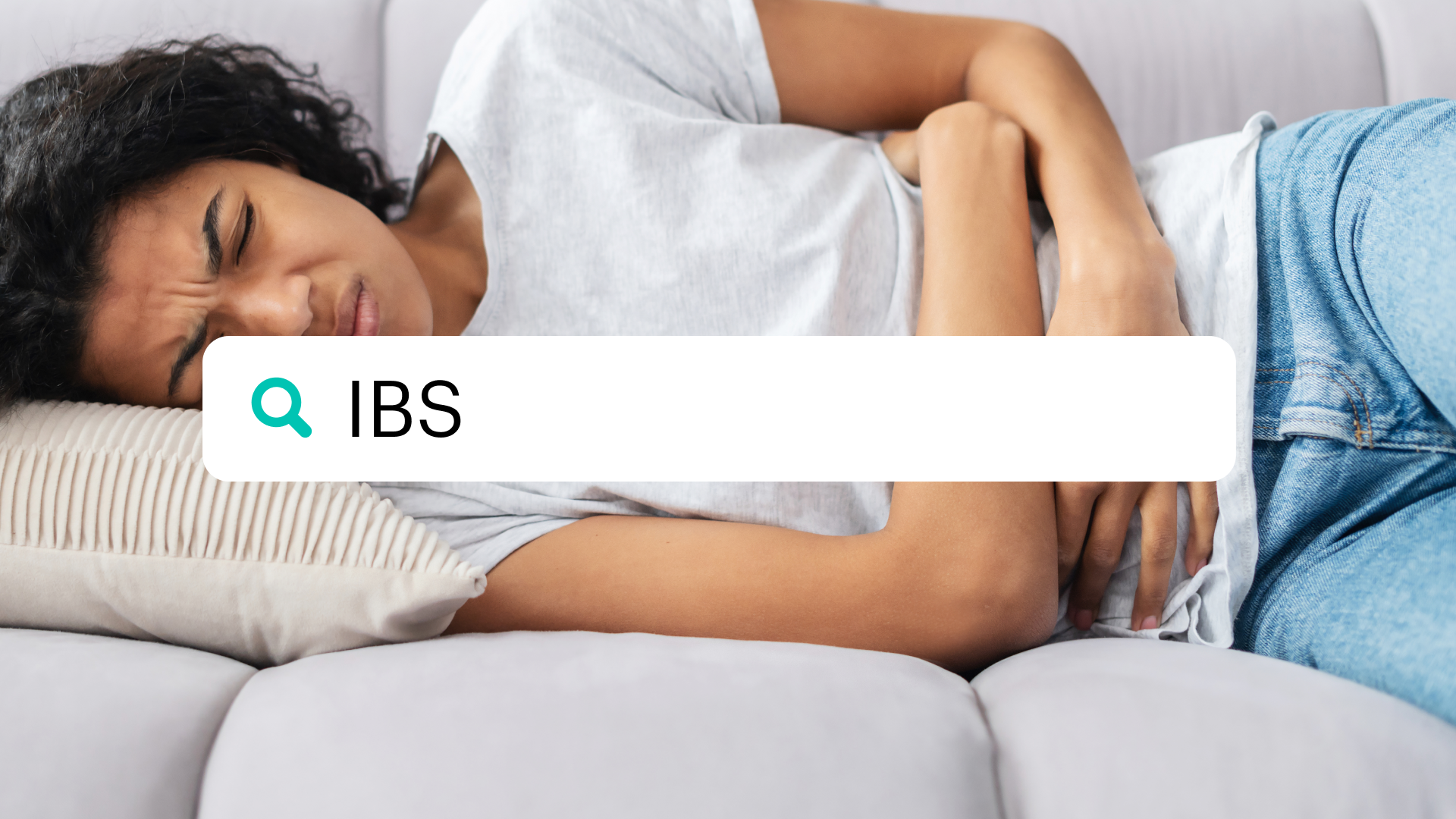 It’s become a trend on TikTok: to say you’re a hot girl with stomach problems. And then complain about said problems, including those caused by IBS. Sure, many of the videos are satirical — because irritable bowel syndrome (IBS) symptoms like diarrhea and constipation aren’t actually the hottest. But they are getting easier to open up about. Which is a good thing, considering around 15% of adults deal with that GI concern. And women are more likely to have it than men.

It can be hard to know whether your ‘sensitive tummy’ is actually IBS, though. And if you have IBS, what the best treatment is.

For answers, we called up the Tamara Duker Freuman aka the “Bloated Belly Whisperer” (that’s her nickname and the name of her book). Freuman is a registered dietitian at New York Gastroenterology Associates. And she’s definitely one of those friends you talk about poop with.

Let’s start with the basics on IBS…

It’s a disorder that affects the large intestine.

Aka your colon. Another term for IBS: “spastic colon.”

Physicians can use a specific set of criteria to help diagnose IBS.

It’s called the Rome Criteria, and it’s been updated several times since its introduction. The most recent set of Rome Criteria says someone has IBS if they’ve had at least one-day-a-week abdominal pain within the last three months. But they can’t get formally diagnosed until six months after symptoms begin. And their pain must be associated with changes in how they poop and/or the consistency of it.

The cause of IBS is not entirely understood.

What we do know: Everyone’s gut microbiome (the community of bacteria and other microorganisms in the digestive tract) is different. But studies show that the makeup of gut microbiomes in people with IBS exhibit key differences from the makeup of a more typical gut microbiome. Long story short: It’s becoming more and more clear that there’s a gut microbiome difference, but that doesn’t mean there’s one magic pill that can help everyone with IBS.

Treating IBS can be “complex.”

That’s how Freuman put it, because people manage their IBS symptoms in a bunch of different ways, she said.

It seems to run in families.

There could be a hereditary component to IBS, though “we haven't really identified specific genetic markers,” Freuman said.

Signs and symptoms of IBS include…

IBS is divided into four main types based on these symptoms: IBS with constipation (IBS-C), IBS with diarrhea (IBS-D), IBS with mixed bowel habits (IBS-M), and unclassified IBS. Because why choose.

“Pain is really what differentiates IBS diarrhea or IBS constipation from regular diarrhea and constipation,” Freuman said. It has to do with the fact that people with IBS tend to have “visceral hypersensitivity.” That’s when nerves in the abdomen and digestive tract are “super-duper hypersensitive to normal amounts of stimuli,” Freuman said. Meaning, even just a little gas can equal excruciating pain. Compare that to someone without IBS who might have the same amount of gas but barely notices it, Freuman said.

And it’s not necessarily relieved by farting or pooping. It’s just painful. See above.

For women: extra symptoms during menstruation.

You know how your poop patterns can change when you’re on your period, whether you have IBS or not? That may be because the same hormonal shifts that cause the smooth muscle of your uterus to contract and release your uterine lining — also affect the smooth muscles in your bowels. Constipation, diarrhea, and cramping might get worse for people on their period, but particularly for IBS patients, Freuman said. Thing to know: Some people also see the opposite effect: their symptoms improve.

Changes in your poop.

Things to know about IBS include…

IBS is not exactly caused by stress, but stress can be a trigger.

Stress is often associated with IBS. But telling someone who has IBS that they just need to chill — not exactly helpful. Although stress can exacerbate symptoms, for most people with IBS, stress isn’t the direct cause of their symptoms. Freuman said, “Often we will see this overlap between stress, anxiety, depression, and gut symptoms.” Part of the reason why: For people with IBS, there could be something off with their gut-brain connection. See: visceral hypersensitivity above. That might mean a number of neurotransmitters (think: ‘happy hormone’ serotonin) are “off-kilter” in someone with IBS, Freuman said. And having those neurotransmitter levels off could contribute to not only gut concerns but mood disorders.

TikTok took off during the pandemic. And with it, so did videos of people — particularly women — getting real about their bodies. ‘Hot girls with stomach problems’ was one of many hot topics (see also: menopause) where TikTokers got candid about once-taboo health topics. Although a couple of small studies show there’s been a spike in IBS cases over the last couple of years, that hasn’t been Freuman’s experience.

WFH benefitted some people with IBS.

“A lot of my patients with IBS symptoms and chronic gut issues did really well when they were working from home,” Freuman said. Because they could make their own food, go to the bathroom at will, sleep more, and were generally “more in control of their schedule.” Of course, that’s not the case for everyone.

IBS is not the same as IBD.

The two are often confused, but IBD “is a whole different condition,” Freuman said. IBD stands for inflammatory bowel disease. Read: It involves chronic inflammation in the digestive tract, and can refer to conditions like Crohn’s disease and ulcerative colitis. Although IBD symptoms can include diarrhea and abdominal pain, they’re treated differently.

IBS is typically diagnosed after other gut issues have been ruled out.

And studies suggest that many people with symptoms go undiagnosed. To rule out issues that have similar symptoms, a doc might order a colonoscopy (to screen for colon cancer and investigate digestive concerns), blood tests (for conditions including celiac disease), stool tests (for IBD and others), and/or breath tests (think: lactose intolerance, bacterial overgrowth). If those are all negative, then you might have IBS.

If you think you have IBS, you should…

Despite the fact that people often turn to probiotics to treat gut concerns, Freuman doesn’t suggest you go looking for a new one. Because there’s “no good evidence to support specific probiotics for IBS,” she said. Instead, she suggests Metamucil or another soluble fiber supplement (for diarrhea), a laxative like Miralax or magnesium (for constipation), and/or peppermint oil (for abdominal pain, unless you’re pregnant). Those are “the big three” Freuman recommends for IBS management.

Go to a gastroenterologist.

Because they’re best equipped to diagnose you. And can also prescribe an antispasmodic, or another drug, if the ‘gut health’ aisle at your pharmacy isn’t cutting it. One treatment option Freuman said to ask about: off-label use of antidepressants. Those can be prescribed at such a low dose that “they’re not really treating your mood,” Freuman said. But are blocking some of the hypersensitive pain messages your gut is sending to your brain.

Find out which foods trigger your symptoms.

It’s different for everyone. Which means there’s not one IBS diet that works across the board. But Freuman said common triggers include foods that are high in fat, fried, and/or creamy (think: dairy). Also: coffee and alcohol, beans, sugar-free sweeteners, garlic, and onions. And some people don’t do well with ruffage like salad and seeds, either.

Try out a low FODMAP diet if you don’t know what sets you off.

That’s when you temporarily limit certain foods to figure out if any on the FODMAP list — which includes foods that can be harder for people with gut concerns to digest — aren’t agreeing with you.

Avoid getting too restrictive with your eating.

The low FODMAP diet “in its strictest form is not meant to be a lifelong diet,” Freuman said. Instead, she recommends you try it for just two weeks. “That's all I need to know whether one of these foods is a trigger for you.” Eliminating FODMAPs or other foods for longer than that could potentially contribute to disordered eating habits. Then you can work with your doc on next steps.

Know that IBS symptoms can be managed. But there is no cure.

As Freuman puts it, IBS could be “waxing and waning in terms of its severity at different periods of your life.” And your lifestyle, stress levels, and hormones could all impact the severity of your symptoms. Some good news: Although Freuman said that it sometimes takes “a couple passes” to find the right IBS treatment, “the vast majority” of people eventually figure out ways to manage their symptoms.

Hot or not, IBS is a common problem. And it isn’t one that can be cured with a magic diet or pill. Instead, the path to feeling better might take time. But here’s what can help: understanding what IBS is (check ‘done’ after reading this), paying attention to how your body reacts to certain foods, and talking to a gastro so you can get properly diagnosed.