The History of LGBTQIA+ as an Acronym 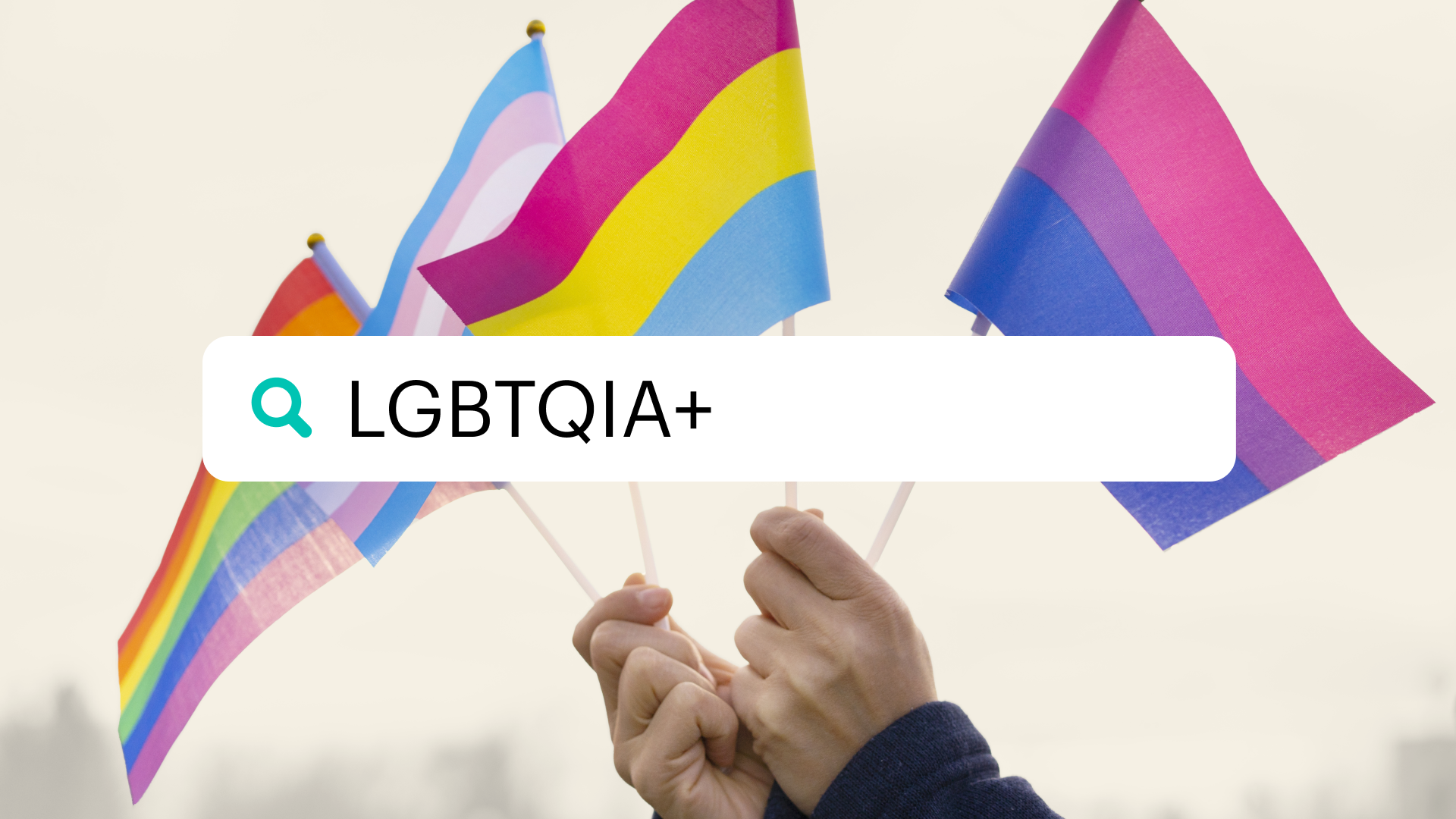 Pride Month has arrived. And with it comes a global celebration of the world's LGBTQIA+ communities. But do you know what each letter in this umbrella term (aka the TikTok-famous “alphabet mafia”) stands for? And why it is so important to have the words to identify and express who you are? We broke it down for you.

What does LGBTQIA stand for?

“LGBTQIA stands for lesbian, gay, bisexual, transgender, queer/questioning, intersex, and asexual/agender. It represents those people who in some way do not identify with heterosexuality and/or the gender binary,” said Professor Chelsea Del Rio, historian and associate professor of history at LaGuardia Community College.

The acronym has been evolving since the 1970s. “I’d say the most visible way to trace it is through the names of large or national organizations and events representing the community,” said Del Rio. “Initially ‘gay’ served as an umbrella term, mostly for gay men and lesbians. In the 1980s, we see the addition of ‘lesbian’ — for example, the National Gay Task Force became the National Gay and Lesbian Task Force.”

According to Del Rio, the B and T began entering the picture in the late 1980s and early 1990s. “For example, the 1993 march on Washington was for ‘Gay, Lesbian, and Bi Equal Rights,’” she said. Organizations began changing their names to include LGBT or LGBTQ in the late '90s and early aughts. “It has been a consistent evolution to reflect the growing diversity of our community,” said Del Rio.

The evolution to LGBTQIA+ has provided even more room to represent and respect more communities within queer culture, as well as their history. According to Del Rio, “The acronym reflects increased recognition of gender and sexual diversity — and better appreciation for this diversity.

“The history matters because we matter… Studying the history of sexuality reveals that queer people, diverse sexual practices, and gender identities have always existed. This knowledge is an important part of pushing back against homophobia and discrimination,” said Del Rio.

Which communities are represented by the LGBTQIA+ acronym?

While no term can fully capture the spectrums of genders and sexual identities in the world, here’s a brief history of the communities represented by each letter in LGBTQIA+:

Women who are romantically or sexually attracted to other women. The term came into popular usage in the late 1800s when the first known lesbian rights organization in the US, The Daughters of Bilitis, formed in San Francisco.

Romantic or sexual attraction towards a person of the same sex, typically referring to men who are attracted to other men. This term entered the public vernacular in the 1960s during the gay liberation movement (which included history-making events like the Stonewall Riots).

Romantic or sexual attraction to more than one gender. The National Bisexual Liberation Group was founded in 1972, at which point use of this term began to spread. Note: The term "pansexual" has since entered the chat and is defined as someone who has romantic, emotional, and physical attractions to any person regardless of gender. The terms "bi" and "pan" are often said to live under the same umbrella.

People whose gender expression or identity is different from the biological sex they were assigned at birth. The word wasn’t coined until the 1960s — the earliest usage was found in a psychology book from 1965. But transfeminine activists like Virginia Prince popularized it in place of the outdated term “transexual,” as they argued that gender and sex are separate.

The New York group Queer Nation in 1990 adopted the term and made it a popular and positive label as the HIV/AIDS epidemic took over the country. It is nuanced (lesbian, transgender, gay or other LGBTQIA+ community members may identify with being queer), but basically indicates that someone is not straight. Or that their sexuality or gender identity changes over time or doesn’t fit into a specific identity. The term in the past was — and occasionally today still is — occasionally used as an insult. But overarchingly, “queerness” has been reclaimed by the LGBTQIA+ community, who use it as a term of pride.

The Q can also stand for “questioning” – someone who’s exploring their sexuality or gender.

Someone born with sex characteristics (think: genitals or chromosomes) that don’t fall into the binary male or female categories. There are multiple ways that a person can be intersex (in reference to their internal sex organs, chromosomes or external genitals). Doctors often assign intersex children into the gender binary of male or female. But that doesn’t mean this is the gender identity they’ll grow up to identify with. The term was coined in the 1950s as doctors began to perform surgeries on intersex children to alter their anatomy. But in the 1990s, advocates began to speak up against these surgeries and provide a spotlight for the intersex community.

Who does the “+” in LGBTQIA+ represent?

No, there isn’t a math equation coming up. The “+” is “meant to indicate that the community includes more than can be contained in the acronym,” according to Del Rio. “If I’m speaking about the community and write LGBTQIA+, I am trying to convey that I also include people who are genderqueer, non-binary, or any of the other lesser-known terms.”

Of course, this isn’t the “master list” of queer vocab. There are plenty more ways to identify yourself, including but not limited to:

Not everyone's sexuality or gender identity can be captured through labels. But knowing what LGBTQIA+ stands for and which communities it represents is key for representation, identity and expression.