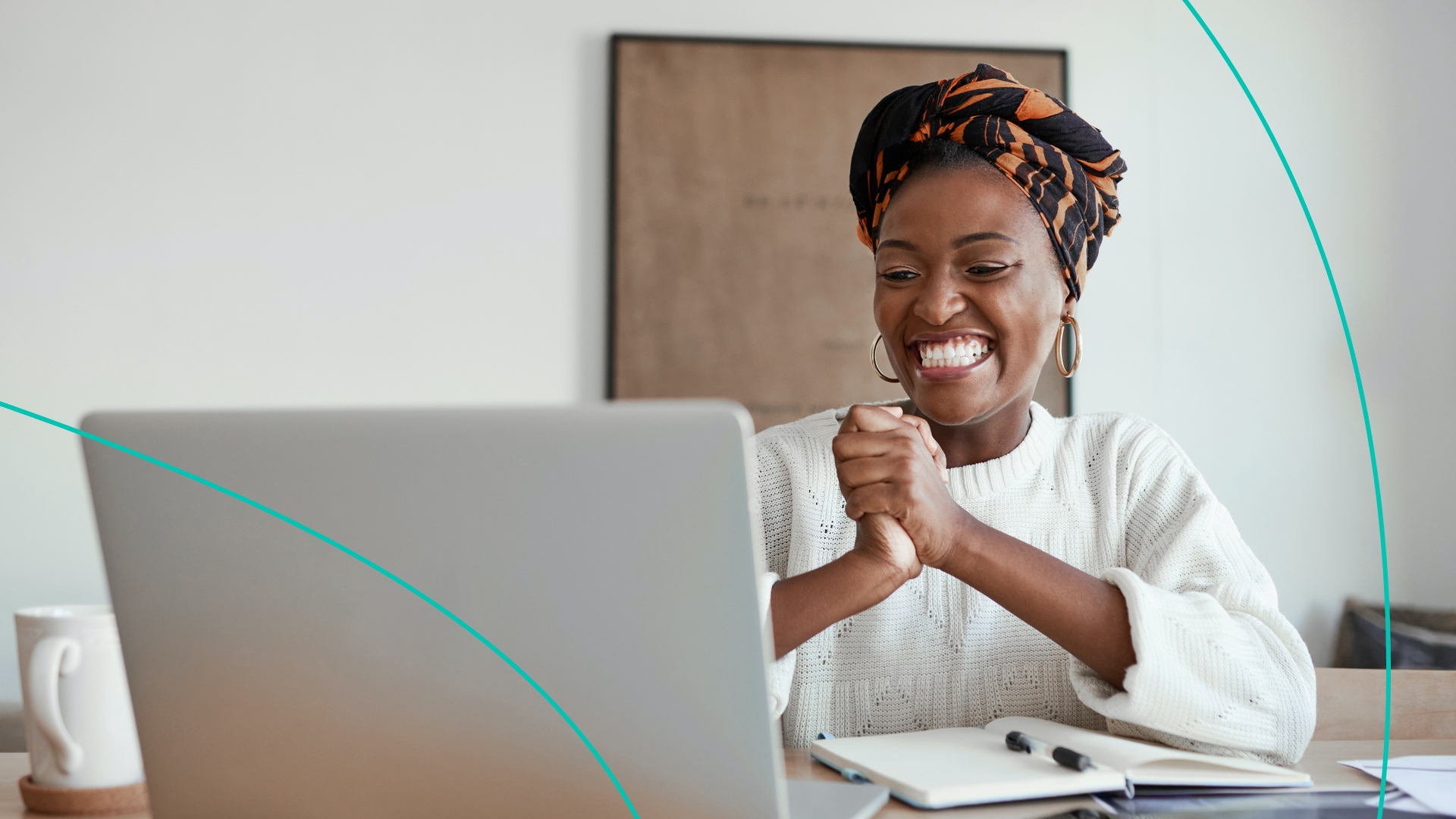 After a rough 2020, we welcomed 2021 with open arms. But this year was full of difficult moments for the US: COVID-19 is still very much a problem — with spikes in cases and variants emerging, politics turned violent, the Supremes picked up a case that could overturn Roe v wade, climate change spread like wildfire, and so much more. Not to mention ongoing issues like systemic racism. All of this has put even more stress and anxiety on Americans.

We could all use a break from the grim news cycle. So before we give 2021 the boot — let’s take a minute to exhale the bad and breathe in the good news that happened this year:

Black women nabbed many high-level firsts this year. Here are some of the women who made big waves with their achievements.

This year, COVID-19 vaccines became widely available for most Americans. Critical, since the CDC says getting vaxxed is one of the best ways to protect yourself against the virus. In 2021, adults 18 and older were given the ‘go ahead’ to get any COVID vaccine. And kiddos ages 5 are in the clear to get the Pfizer vaccine.

In August, scientists found that vaccine efficacy can decrease over time, and started recommending vaccinated adults get their booster shots. Variants like Delta and Omicron boosted the need for boosters. And in just a few months, more than 57 million people have gotten an extra shot.

Best of all, the vaccines have prevented hospitalizations and saved lives. In December, CDC Director, Dr. Rochelle Walensky, said in a statement, “We have made important strides in the year since the COVID-19 vaccination program started. More than 200 million Americans have completed their primary vaccine series, providing protection against COVID-19, preventing millions of cases and hospitalizations, and saving over a million lives.”

Early data shows movement toward a potential HIV vaccine (finally). After nearly 40 years without a vaccine, the International AIDS Vaccine Initiative and Scripps Research got a win. And were able to create rare immune cells needed to fight HIV this year. Their “targeted response” was detected in 97% of vaccine participants. In August, Moderna said it’s heading into Phase 1 clinical trials for two mRNA-based HIV vaccines — which uses the same tech as COVID vaccines. But it's TBD on when the shot will be available to the public.

The US made Juneteenth a federal holiday

Earlier this year, President Biden signed legislation making June 19 — Juneteenth — a federal holiday. (Add that to your list of long overdue announcements). Reminder: Juneteenth commemorates the emancipation of slaves in the US in 1865. The celebration originated in Texas, but has since become a hallmark celebration for Black Americans across the nation. This was the first national holiday established since Martin Luther King’s birthday in 1983.

In 2016, Wanda Dench unknowingly texted Jamal Hinton about Thanksgiving plans, thinking Hinton was her grandson. Hinton responded: “You not my grandma. Can I still get a plate tho?” To which Dench said, “Of course you can.” The story went viral after Hinton shared screenshots of the exchange. Netflix is even basing a movie off of their story. And this year Hinton celebrated Thanksgiving with the Denches, for the sixth year in a row. (Check out the hilarious exchange that started it all.)

Some good news on a smaller (but mighty) scale: Four strangers from around the world, all named Paul O’Sullivan, started a band. Spoiler: They call themselves The Paul O’Sullivan Band. One night, Paul O’Sullivan from Baltimore (aptly nicknamed Baltimore Paul) randomly started adding users with his same name on Facebook. After a while, he was friends with many other Pauls. And realized they were all musicians. Before he knew it, Baltimore Paul, Pennsylvania Paul, Manchester Paul, and Rotterdam Paul were jamming out. Paul-sitively amazing. Give them a listen on Spotify or Apple Music.

A stray dog kept stealing a stuffed unicorn, so animal control got it for him

An adorable thief was on the loose in Kenansville, NC, in March. He had one agenda: Stealing his beloved stuffed purple unicorn from Dollar General. The stray dog named Sisu was a repeat offender, robbing the store five times. After the last theft, Duplin County Animal Control decided to not leave Sisu empty-pawed. And bought him the unicorn. Sisu and his unicorn were taken to a county animal shelter. He was adopted not long after becoming a celebrated criminal canine. *sobs*

2021 has been hard. And widespread news coverage of tragic events doesn’t make handling those moments any easier. As with all dark times, we have to stop and find the bright spots. Share this with your friend who needs a pick-me-up after a tough 2021.