Wondering If You Have ADHD Because of TikTok? Read This First 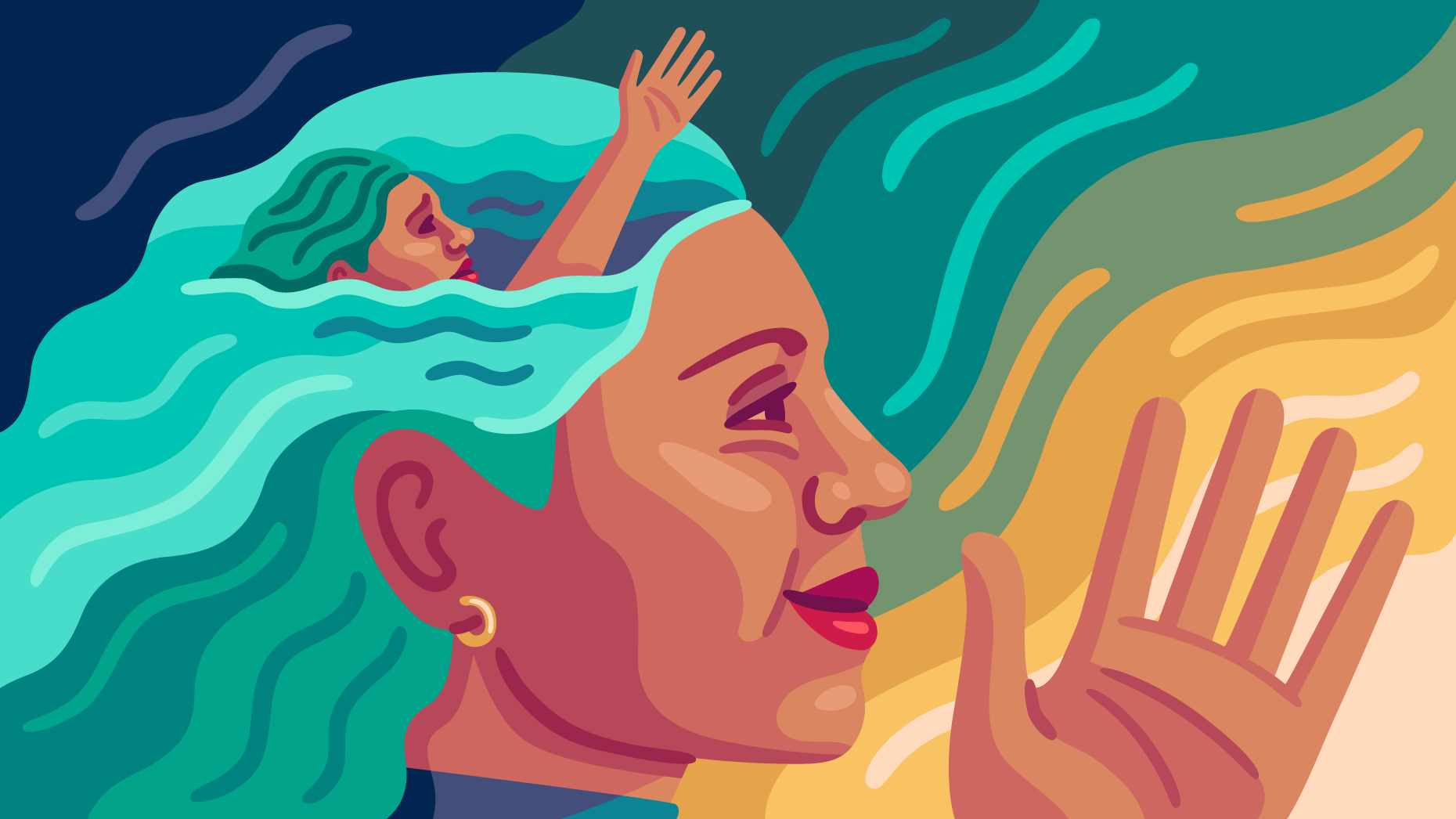 ADHD is more than twice as likely to be diagnosed in boys than girls. Not necessarily because they’re more likely to have the condition. But rather, because girls and women are underdiagnosed.

But awareness of the issue is growing. The hashtag #adhd has nearly 17 billion views on TikTok. Kind of a big deal. This social-media embrace of ADHD has upsides. One of them: It’s destigmatized the condition. And empowered many women to seek a diagnosis. But there are also downsides. Think: misinformation. That’s where we come in.

We called up Dr. Sasha Hamdani, a psychiatrist who specializes in ADHD (and has it herself) to talk about ADHD symptoms in women. And why those assigned female at birth (aka AFAB) have historically been underdiagnosed.

Dr. Sasha Hamdani is a board-certified psychiatrist and ADHD specialist who has the condition herself.

Give me the basics: What is ADHD?

It’s a neurodevelopmental condition that typically starts in childhood and “presents as a constellation of symptoms” related to inattentiveness, hyperactivity, and impulsivity, said Dr. Hamdani. Hence the name ADHD, which stands for attention deficit hyperactivity disorder. But this broad definition doesn’t encompass all the more subtle ways that it can show up in girls and women. Which is partly why so many women are now being diagnosed later in life.

Why is ADHD underdiagnosed in girls and women, and what are symptoms?

For starters, it’s because the ADHD conversation has long been “centered on hyper little boys,” said Dr. Hamdani. And many of the more well-known symptoms are based on studies of children (read: mostly boys). But girls tend to display a different set of symptoms. Think: seeming withdrawn, having low self-esteem, and being anxious. Which means that many women who might’ve had ADHD decades ago — but didn’t, say, disrupt class like some of the boys did — went underdiagnosed. Some women receive a late diagnosis as adults (which helps to narrow the ADHD gender gap in adults). While others continue to experience frustrating symptoms without an explanation.

Why do ADHD symptoms in women show up differently than they do in men?

Some researchers attribute the differences to gender norms and the pressure that girls have to mask symptoms that diverge from them. Think: The societal expectation that girls be neat and/or passive. Whereas boys may feel more comfortable acting out or running around the classroom — behaviors that align with traditionally male qualities, like assertiveness and aggression. Boys will be boys. *Eye roll*

And in adulthood, women might continue to mask their ADHD symptoms to cope with their condition. Think: sitting on hands or crossing legs in a board meeting so they’re not bouncing around. Or writing down an idea before they speak to make sure they’re not interrupting or saying something impulsive (which is something Dr. Hamdani does). Other ways ADHD can manifest: having trouble starting or finishing tasks, being unable to remember routine things like whether you brushed your teeth, and constantly forgetting where you put your wallet, Dr. Hamdani said.

She added that a number of women don’t seek a diagnosis until they have trouble managing their work and life, and start looking for answers. Or until they have children with ADHD symptoms, and realize they also identify with the condition.

When should you seek an ADHD diagnosis?

According to Dr. Hamdani, as soon as you find yourself asking, ‘Do I have ADHD?’ Research shows that living with undiagnosed ADHD can impact other aspects of women’s lives — from self-esteem and other mental health issues to sleep. So if you find yourself asking that question, and notice that you’re having trouble focusing at work, communicating in a relationship, or keeping your home organized, then it might be time to talk to a therapist or psychiatrist who specializes in ADHD about an evaluation. (Here’s a guide for finding the right therapist.)

On the flip side, Dr. Hamdani said that it’s problematic when people become immediately convinced they have ADHD. And try to use certain prescriptions right away, without consulting a professional first. Because ADHD drugs that are improperly used (think: taking Adderall or Ritalin when you don’t have a medical need for it) can cause side effects like sleep disruption, stomach pain, shortness of breath, depression, tics, and eating issues.

If you have ADHD, how can you manage it?

Managing ADHD boils down to two primary categories of treatment, Dr. Hamdani said. They are:

Aka figuring out how your neurodivergent brain works. That could mean meeting with a therapist or counselor who can give you tools for taking care of your physical and mental health (info that Dr. Hamdani also shares in her new book). Think: anything from getting better at saying ‘no’ when necessary, to being more deliberate about your to-do list or practicing breathing exercises.

When you’re looking to manage your symptoms from a medical perspective. But what you’re prescribed — if anything — depends on several factors. Among them: Are you also dealing with depression and/or anxiety? Do you have high blood pressure? Would you benefit more from a stimulant or nonstimulant medication? These are all questions to answer with the help of a doctor.

ADHD has long been underdiagnosed in women. Educating yourself about ADHD and how it manifests in girls/women will help you recognize any potential symptoms. If you find yourself thinking ‘I might have ADHD,’ talk to a mental health professional about an evaluation and next steps.