‘Took A Lot of Guts’: Tegan and Sara on Coming Out and LGBTQ+ Mental Health 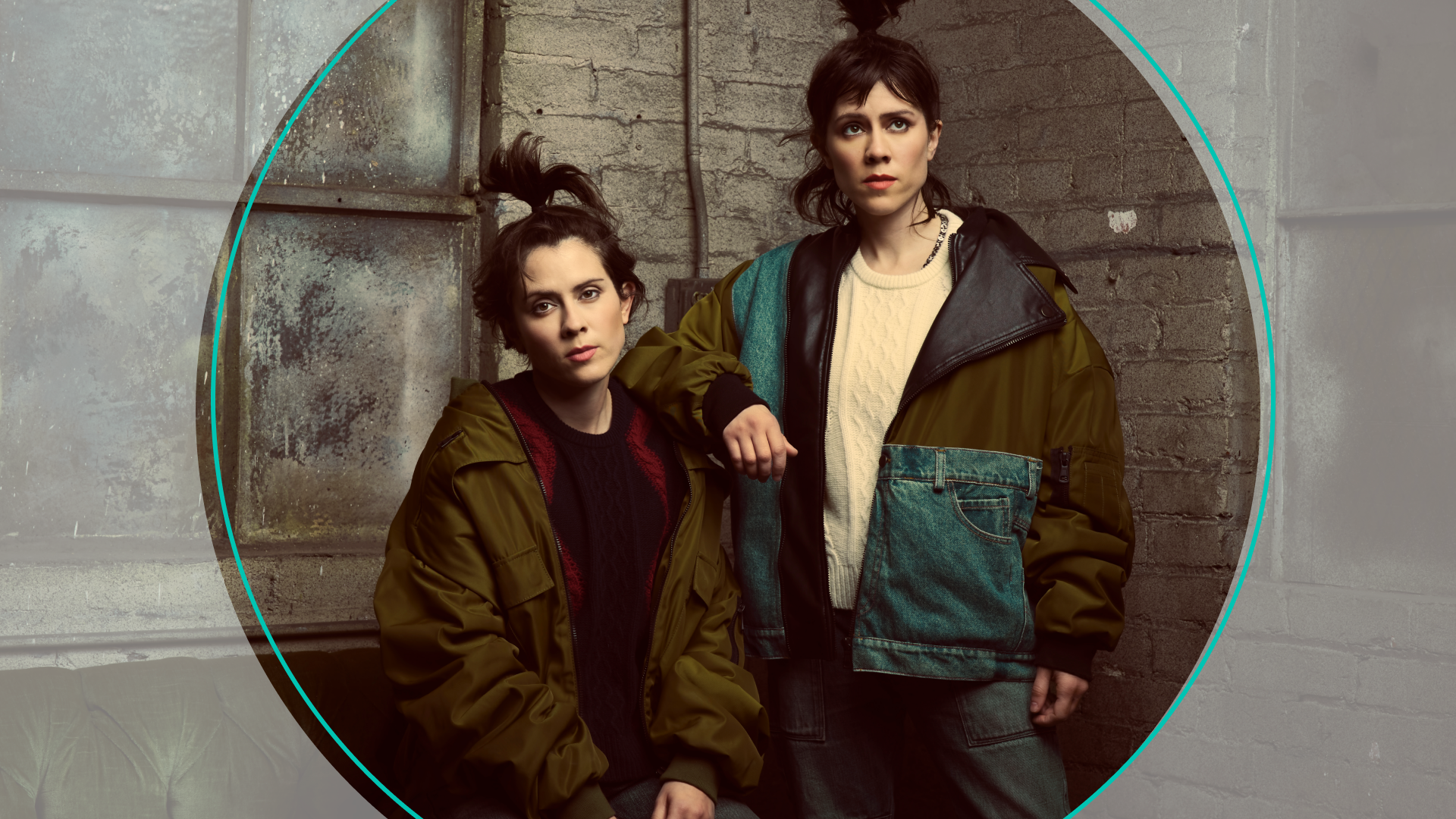 Twin sisters and pop duo Tegan and Sara have openly identified as queer since their musical career started in 1998. The two have sold more than a million albums, been nominated for two Polaris Prizes and a Grammy, and won three Juno awards. And during that time, they also launched the Tegan and Sara Foundation with the goal of improving the lives of LGBTQ+ women and girls.

The org was founded on a commitment to feminism and racial, social, and gender justice. And it raises awareness and funds around topics crucial to the health and wellbeing of the queer community, including LGBTQ+ mental health. Because ICYMI: Queer adults are more than twice as likely as heterosexual adults to experience a mental health condition (or, in the case of transgender individuals, four times as likely).

Some studies show that members of the LGBTQ+ community who’ve come out to others experience lower stress levels and fewer symptoms of anxiety, depression, and burnout compared to those who don’t come out. But coming out can come with…a lot of emotions. So we spoke with Tegan and Sara to learn more about their coming out stories, their journeys toward self-acceptance, and their tips for prioritizing mental health in the process.

The following has been edited for length and clarity.

First, a brief introduction. Who are you, what do you do, and what are you excited to talk with us about this Pride Month?

Tegan: We are Tegan and Sara. We’re musicians who also moonlight writing books, making TV shows, and telling jokes. We’re identical twins, we’re both gay, and we grew up in Canada.

We started writing songs in the late ‘90s, while we were still in high school. We’ve released nine albums, and are about to launch our 10th. A lot of people know our songs “Closer” and “Walking With A Ghost,” but even more people know us as the voices of “Everything Is Awesome” from "The Lego Movie."

Five years ago, we launched the Tegan and Sara Foundation. And for Pride Month this year, we partnered with meditation and wellness app Calm on #CalmingOut: Stories of Self-Acceptance. And Calm is donating $10,000 to the Tegan and Sara Foundation. That’s in addition to previously donating 100 Calm subscriptions, through our community grant program, to teens in states where anti-LGBTQ+ legislation is currently being considered.

Let’s talk about your coming out story. How old were you when you first realized that you were gay?

Sara: My sexuality and gender expression were tightly wound. And my earliest feelings that I might be different from other girls started at the end of elementary school. We’d always been encouraged by our family to dress how we wanted and cut our hair how we wanted, but in grade six I started to feel uncomfortable being misgendered when my hair was short. Where we’d been accepted by our peers, we began to be rejected, and my first response was to grow out my hair.

By grade seven, girls started to talk about boys in a very different way, describing “crush” feelings that I didn’t connect with at all. It was around that time that I realized the feelings I had about girls my whole life more closely resembled crushes. It was a lightbulb moment.

I had secret romantic relationships with girls all through high school. But it wasn’t until the end of grade 12 that I remember saying the words “I’m gay” to myself. It was a few months after graduation — just after I turned 18 — that I finally came out.

How’d you know when it was the right time for you to come out?

Sara: It had begun to feel like I was lying to everyone in my life. Those first few years, I wanted and needed privacy to figure things out. But once I started engaging in a significant relationship, it didn’t feel good or fair to deny myself or my girlfriend the opportunity to be out among our friends and family. It’s a journey, and everyone has to trust themselves about what is the “right” time for them.

How’d you feel about coming out to your friends and family?

Sara: It was scary. But the relief I felt — and ultimately, the support I received from some of the first people I told — made all the difference. It gave me confidence to keep sharing who I was.

How does it feel to be some of the industry's most recognizable openly gay musicians?

Sara: We started our career as openly queer. In the early years, that made us outsiders, and we faced a lot of homophobia and misogyny in the press and online. Honestly, it was exhausting to be constantly in the position to explain or to educate people around us. But we did it, and it did make a difference. It was slow, but change happened. To look around now and see so much support — and so many other LGBTQ artists thriving — is astonishing.

Do you have advice for people who are trying to figure out when is the "right time" for them to come out?

Tegan: I don’t know that there is ever a “right time” but there will certainly be “a time” when it will happen. And the good news is that you’ll come out again and again in life: when you meet new people, or start a new job, or you venture out into the dating world. So if you don’t get it “right,” the first time, you get a second, third, fourth, etc. chance.

My advice is to wait until there is at least one person you feel like you can talk to about it, and tell them. See how it goes, how it feels. And if it inspires you to tell more people, and then take it from there. It’s not a race; don’t feel rushed. You have your whole life to explore and share who you are. And I think it’s really important to do what feels right to you. Don’t worry too much about what other people are doing — just follow your own gut.

What was it like to revisit some of your adolescent emotions and experiences around coming out in your memoir “High School” and companion record “Hey, I'm Just Like You?”

(Editor’s note: The record featured songs that they wrote together as teens, but re-recorded as adults.)

Sara: The whole process of writing and then touring “High School” and “Hey, I’m Just Like You” was very healing. To share a very intimate and important part of our own history was a privilege. And that it connected with so many other people was a bonus. Even 20 years later, there was still much to learn from those early relationships and friendships. I loved being able to reframe the teenage version of myself as brave, and confident instead of just laughing about the clothes I wore or long hair. To engage in politics, music, and intimacy with girls at that age — all of it really took a lot of guts.

Has music helped you get through tough moments in life? Do you find that it has helped you communicate messages to people in the LGBTQ+ community who might be listening?

Tegan: I always say music is a great equalizer. It brings people together and creates community. And I know for me, it has brought comfort at times when I was feeling lonely or on the outside of my own life. I think bonding with people over music is such a special part of being a human. I personally love to listen to music when I’m feeling miserable. I adopt music as a soundtrack to my life and use it to inspire me to get out of bed, to work out, to fill the endless hours of travel we do for work.

I find so much joy in writing music and funneling my isolation or feelings of loneliness and anxiety into songs I write. Then I take even more joy out of going and performing those songs live and seeing other humans’ reactions. I don’t know that I have ever thought of my music as a way to communicate to people. And never so specifically to the LGBTQ+ community. But I do think of my songs as vessels for people to insert their own meaning and hopefully find comfort, joy, and connection in.

Do you feel like you have to "prove yourself" to others as positive examples of gay celebrities?

Sara: My politics, and activism are rooted in a deeply held belief that everyone deserves equality, dignity, safety and opportunity to thrive, not just survive. I hope that our work and dedication to redistributing wealth and support back into our communities through individual activism, but also through the work we do with the Tegan and Sara Foundation, inspires others — not just LGBTQ+ celebrities — to engage in community work that advances those same ideas.